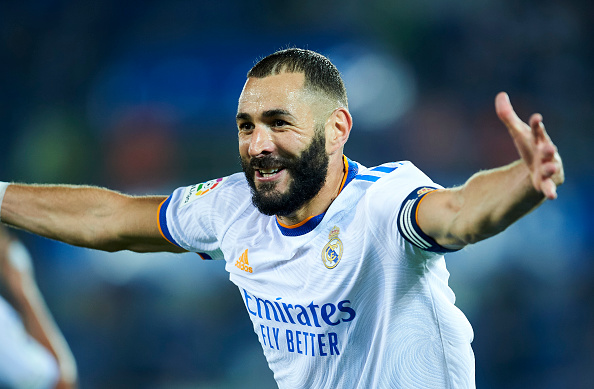 Karim Benzema has signed a new two-year deal at Real Madrid to continue leading the line as the club's No.9.

The France international forward was announced as having penned an extension to his current contract, keeping him at Santiago Bernabeu until summer 2023.

It is understood the 33-year-old striker will now have a €1 billion release clause, seemingly ensuring the remaining years of his top-level playing career will be spent in Madrid.

While Romelu Lukaku has joined Chelsea this summer, and other leading strikers such as Robert Lewandowski and Ering Haaland have been linked with moves, it never appeared likely that Benzema would ever depart Madrid.

The veteran striker has been open about wanting to renew his Real deal, and the long and successful partnership between player and club has now been renewed.

His new deal gives Benzema a chance to continue setting records and landmarks as he has ever since moving to Madrid from Lyon 12 years ago, in summer 2009.

Benzema is number five in the Madrid list of all-time club top scorers with 281 goals, including 194 in La Liga - with two in the victory over Alaves to open the 2021-22 season - and 59 in the Champions League.

He has 71 Champions League goals in total across his career with Lyon and Madrid - only Cristiano Ronaldo, Lionel Messi and Lewandowski have more.

In terms of titles, Benzema has accumulated 19 major trophies at Santiago Bernabeu, including four Champions Leagues and three Liga crowns.