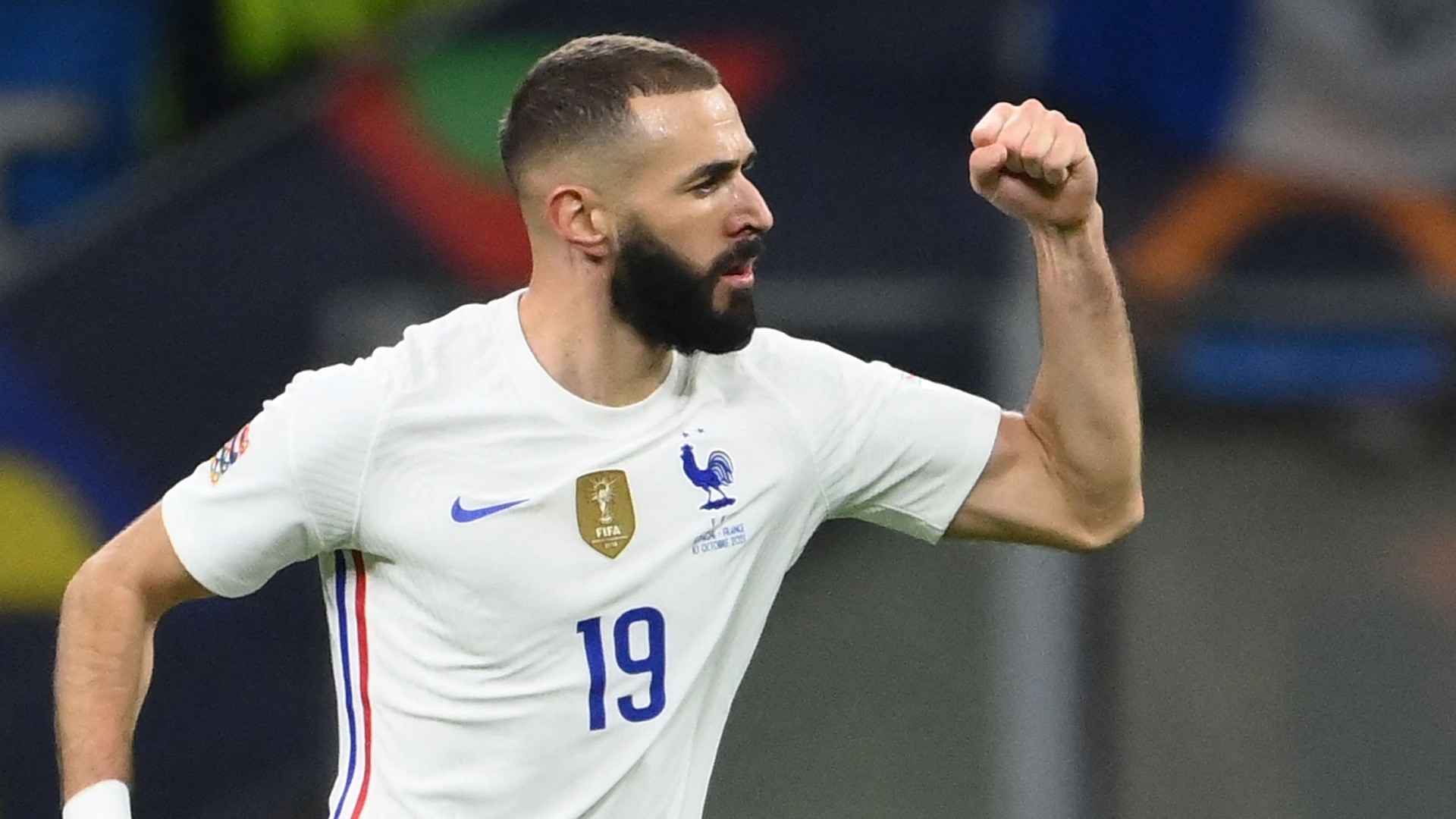 Karim Benzema hopes to follow in the footsteps of his idols Ronaldo and Zinedine Zidane by winning the Ballon d'Or.

The Real Madrid striker is among the nominees for the award this year following his impressive performances over the course of 2021.

Benzema, 33, has been integral for his side, finishing as the second top scorer in La Liga last season, while he currently leads the Spanish top-flight's goals and assist charts for this term.

The France international is considered one of the top contenders to win the accolade and doing so would fulfil a childhood dream.

He told Canal+: "Win the Ballon d'Or? Yes, that would be one of the many dreams I have had since childhood. Of course I dreamed of it as a kid.

"My idols, whether it's R9 [Ronaldo] or Zizou [Zidane], they came to Real Madrid and won the Ballon d'Or. And that's one of the little things I think about. Today, I’m not far from it."

Zidane backs Benzema to win it

Former Madrid manager and France icon Zidane believes the award should go to Benzema this time around.

He said to Telefoot: "We are talking about a player who deserves to win this Ballon d'Or.

"He's an incredible player, I had the great honor of coaching him. He associates easily with others. He knows how to do everything in the field.

"I hope he can be rewarded with this Ballon d'Or."

Who could beat Benzema to the Ballon d'Or?

There are many top names who pose a threat to Benzema's hopes of achieving his dream.

As always, Lionel Messi is considered one of the top candidates to win it. Despite Barcelona's disappointing season, he was the top scorer in La Liga and went on to win the Copa America with Argentina in the summer.

Coming off the back of a fantastic year, Robert Lewandowski is also in the frame, while Chelsea star Jorginho could claim it after his role in their Champions League triumph.

Cristiano Ronaldo is another serious contender after ending the 2020-21 campaign as Serie A's top scorer before getting off to a great start on his return to Manchester United.