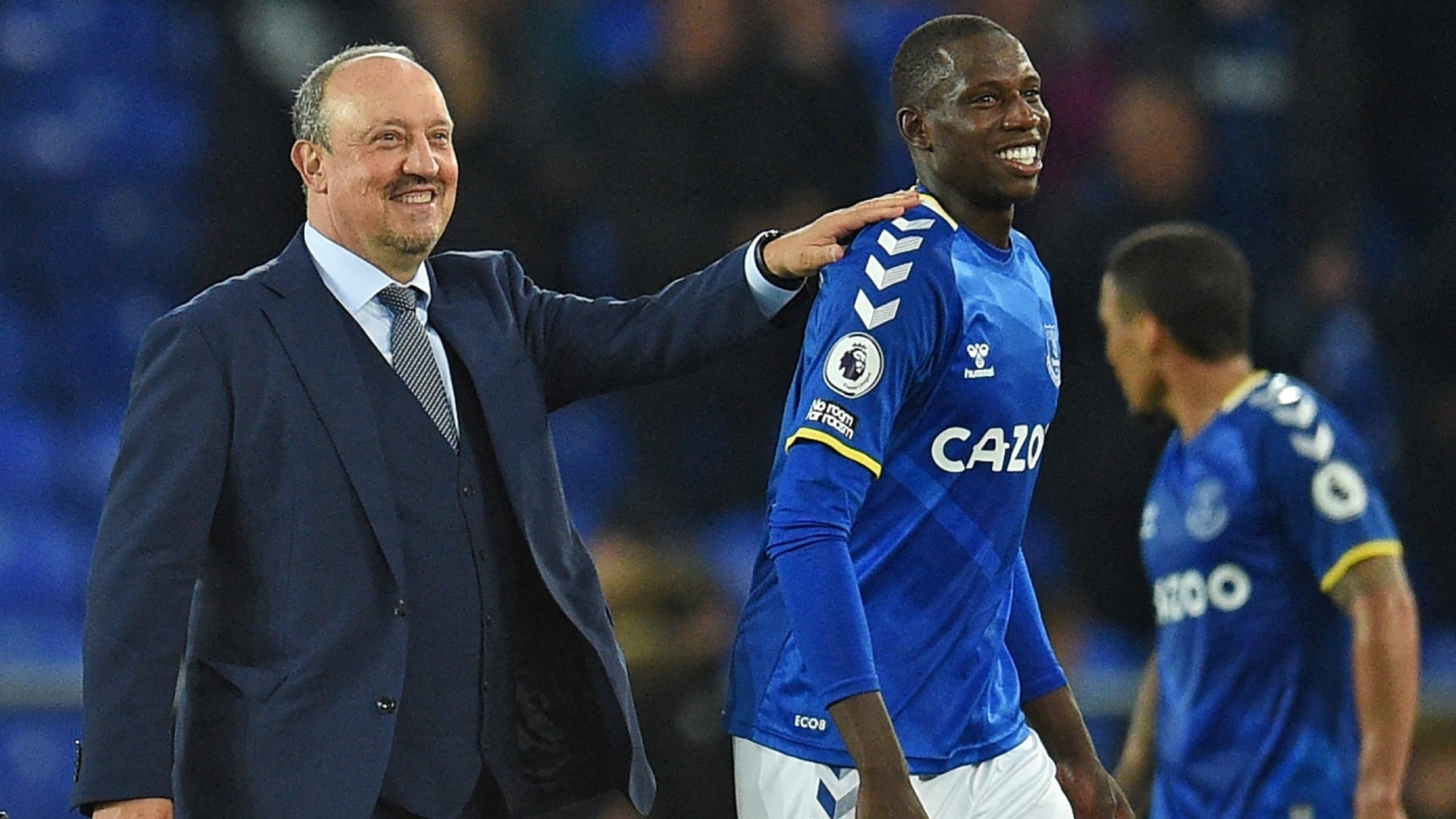 The Red Devils have been cumbersome in possession so far this season, and the Toffees will be adept at making life awkward for them at Old Trafford

Six matches in, Everton are the one club whose start to the new Premier League season is almost impossible to read.

Results have been good, but Rafael Benitez has zero goodwill in the bank, making his team particularly vulnerable to a sudden downturn in form.

Everton have played four of the current bottom six; and Carlo Ancelotti won exactly the same number of points in his first six league matches.

There are, therefore, just too many unknowns and caveats to confidently state that Everton are set for a good season under Benitez.

However, leaving aside his historic links with Liverpool and the potential unrest this will cause down the line, there is ample evidence that Benitez's more structured and diligent approach presents an upgrade on the hands-off style of his predecessor.

Ancelotti's tactics were hard to pin down, but in the broadest possible sense he wanted to play adventurous attacking football – although this was rarely the case at Goodison Park. The Italian very much takes a back seat, showing a knack for picking the right formation to suit his squad, but not giving them enough instruction to really imprint a vision.

Consequently, Everton were neither one thing nor the other last season, and it showed, those early strong performances tailing off as the Toffees became confused.

Most notably, they were passive in central midfield and teams easily counter-attacked through the middle.

Benitez is the exact opposite. He expects his teams to work very hard as a collective, sitting off in a compressed midblock and primarily engaging the opposition in the middle of the pitch – before launching quick counterattacks through the lines.

The tactical difference is captured in the statistics. Per WyScout, Everton's PPDA (passes per opposition defensive action) is down significantly compared to last season, from 16.42 to 12.64, reflecting the newfound aggression in how Benitez's side disrupt the opposition.

Everton are also a lot more direct in their play, using a target man up front. They are caught offside half as often (0.77 times per match compared to 1.42), and their average possession is down from 47.1 per cent to 42.5%

They also rank 18th in the Premier League for touches taken in the middle third of the pitch, but are mid-table for touches in their own and the opposition third, per FBRef.

This shows just how often they launch longer balls forward. The speed and directness of those breaks is very noticeable to the naked eye.

Demarai Gray and Andros Townsend look to run through opponents on the flanks as Everton absorb pressure, snap into challenges, and race forward on the counter. They have already completed six 'fast breaks' this season, per Opta, which is 60% of their entire total for the 2020-21 campaign.

That is all the theory, and the general application, but Benitez's plans are always adapted to the players at his disposal; he is a reactive, pragmatic manager, and it is in the detail of Everton's first few games that we reveal some departures from his previous regimes in English football.

The most noteworthy is the use of Abdoulaye Doucoure in a more advanced midfield role.

The ex-Watford man has been instructed to push much higher up the pitch and play an active part in Everton's interplay around the penalty area, hence his five goal contributions in six Premier League games.

That is particularly surprising considering Doucoure is part of a two-man midfield with Allan, but those long defensive training sessions ensure Benitez's side are not light in the middle.

The compression between the lines, in an Atletico Madrid-style packing of the middle ground, keeps Everton in control even as Doucoure bursts forward.

Gray's role is even more surprising. The winger, signed for just £1.7 million from Bayer Leverkusen this summer, is playing just behind the striker in Everton's 4-4-2 formation – although more often than not he drifts to the left or right flank to provide Alex Iwobi or Townsend with help.

Here is another major difference from Ancelotti: Benitez will regularly keep opponents guessing, switching formation depending on the opposition's strengths and weaknesses.

He is also more responsive in-game, and again this level of attention should give Everton a greater chance of European qualification.

His switch from 3-4-3 to 4-3-3 on the hour mark against Burnley turned the match in their favour, for example, with the extra midfielder suddenly freeing Doucoure to apply more pressure higher up the pitch. Sean Dyche's side collapsed once Everton began to outnumber them centrally.

A problem for Man Utd?

From Benitez's general philosophy of direct counterattacking football to the nuances of coaching his team's shape, Everton are perfectly set up to inflict more damage on Manchester United when the teams meet at Old Trafford on Saturday.

Ole Gunnar Solskjaer's lack of tactical clarity is well documented, and since Cristiano Ronaldo's arrival it has become increasingly easy to sit back, force United into holding clumsy possession, and then hit them on the break.

The Red Devils simply do not press as a team, which leaves the gaps Everton require to cut through them via Doucoure, Townsend, and Gray.

Certainly, like Aston Villa and Villarreal already this week, Everton should be able to limit Solskjaer's side to pot shots and brief moments of quality from Paul Pogba or Bruno Fernandes, while going forward there is invariably room behind United's full-backs in the transition. Lucas Digne, providing crosses for Salomon Rondon, should therefore be an area of real concern for the home side.

Of course, injuries to Dominic Calvert-Lewin and Richarlison put a spanner in the works, while the nature of their collapse in the 3-0 defeat to Villa tells us Benitez is not exactly having it all his own way.

In fact, the trip to Old Trafford is arguably his first real test of the season following easy wins against out-of-form teams such as Norwich, Burnley, and Southampton.

Still, so far so good, and, if nothing else, a huge improvement on the laissez-faire attitude of Ancelotti. But having seen things fall apart so quickly under the Italian last season, Everton supporters will likely hold off judgement for now.

A win at Old Trafford would go a long way to proving whether their strong start is a sign of things to come.