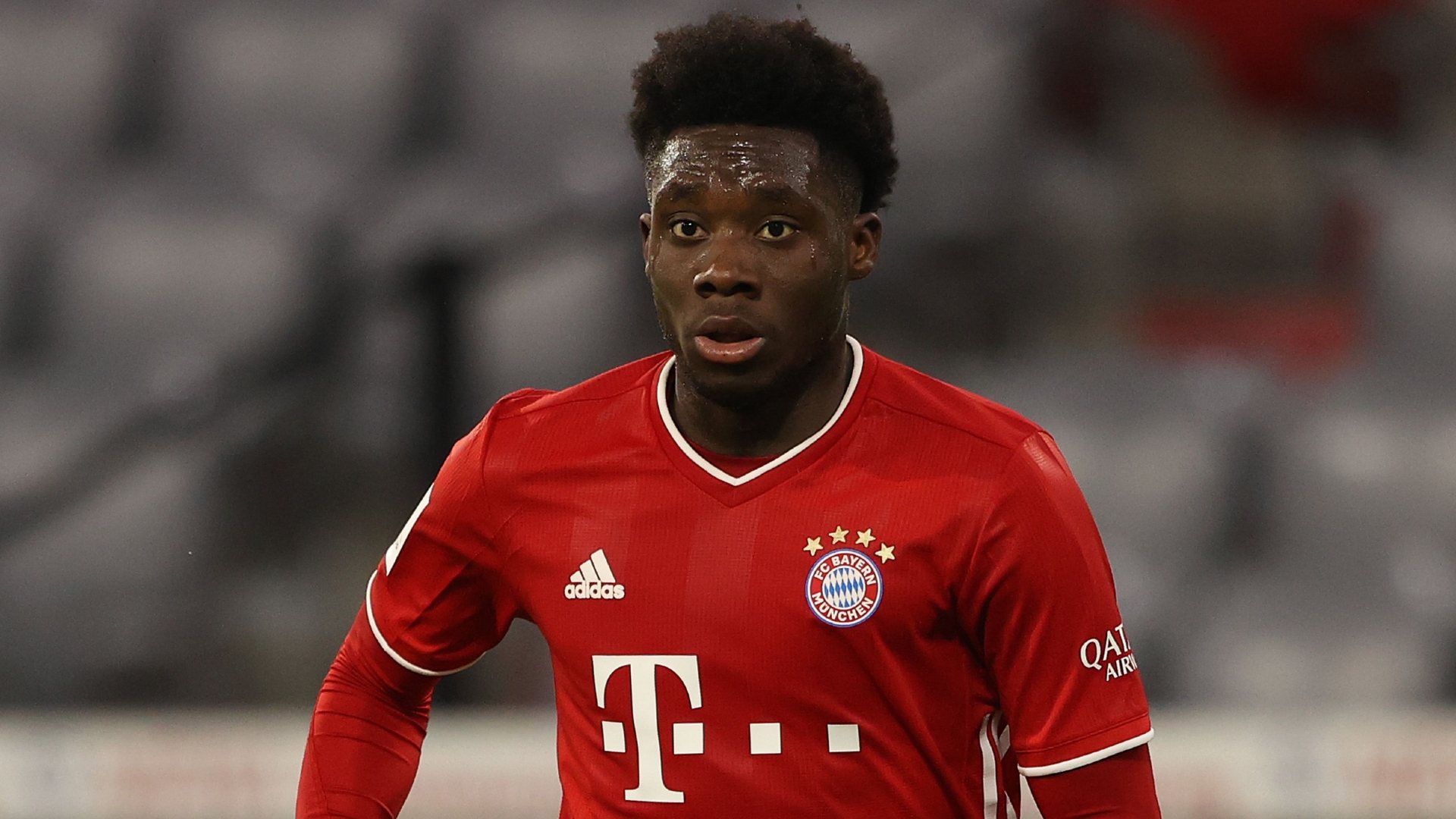 Bayern Munich star Alphonso Davies has picked out the players he believes will be Ballon d'Or candidates in the future, while admitting "I would like to be there".

Davies has enjoyed a meteoric rise to stardom since joining Bayern in January 2019, establishing himself as one of the best full-backs in European football while also getting his hands on seven major trophies.

The Canadian is once again playing a key role in the German champions' latest bid for silverware on both domestic and European fronts, but has also set his sights on football's most prestigious individual prize.

Asked who he thinks will be the main contenders for the Ballon d'Or in five year's time, Davies told TZ and Munchner Merkur: "[Erling] Haaland will definitely be involved, I could also imagine Jadon Sancho - and I would like to be there too, why not? There is always candidates at FC Bayern."

In addition to battling the Borussia Dortmund duo for the coveted Golden Ball, Davies also hopes to earn the captain's armband at Bayern one day, but admits he must first develop his communication skills.

"If I could be captain of FC Bayern in the distant future, it would be just incredible," the 20-year-old added.

"I still have to learn a lot, in terms of sport at an absolutely top level and improving my communication on the field. I've learned a lot, but to become a real leader, it takes a lot. I'm working on that."

Bayern forked out €8 million (£7m/$10m) to bring Davies to Allianz Arena from Vancouver Whitecaps two years ago, tying him down to a lucrative long-term contract.

The Canada international has repaid the club's faith in him by scoring four goals and laying on 10 assists in 66 appearances, proving himself as a valuable attacking outlet as well as a solid defender.

Davies has appeared in a total of 17 games across all competitions for Bayern this term, but his overall contribution has been restricted due to a serious ankle injury.

The talented left-back suffered ligament damage in a 5-0 win against Eintracht Frankfurt in October, and spent two months on the sidelines before making his return just before the winter break.

He has had to gradually build up his fitness again amid a congested fixture schedule which has allowed little time for rest, but has tried to remain positive throughout the most testing period of his career to date.

"There are high and low phases in every athlete's life," he said. "The ankle injury made it harder for me but it's getting better with every game. I have to look after my body even better than last year."