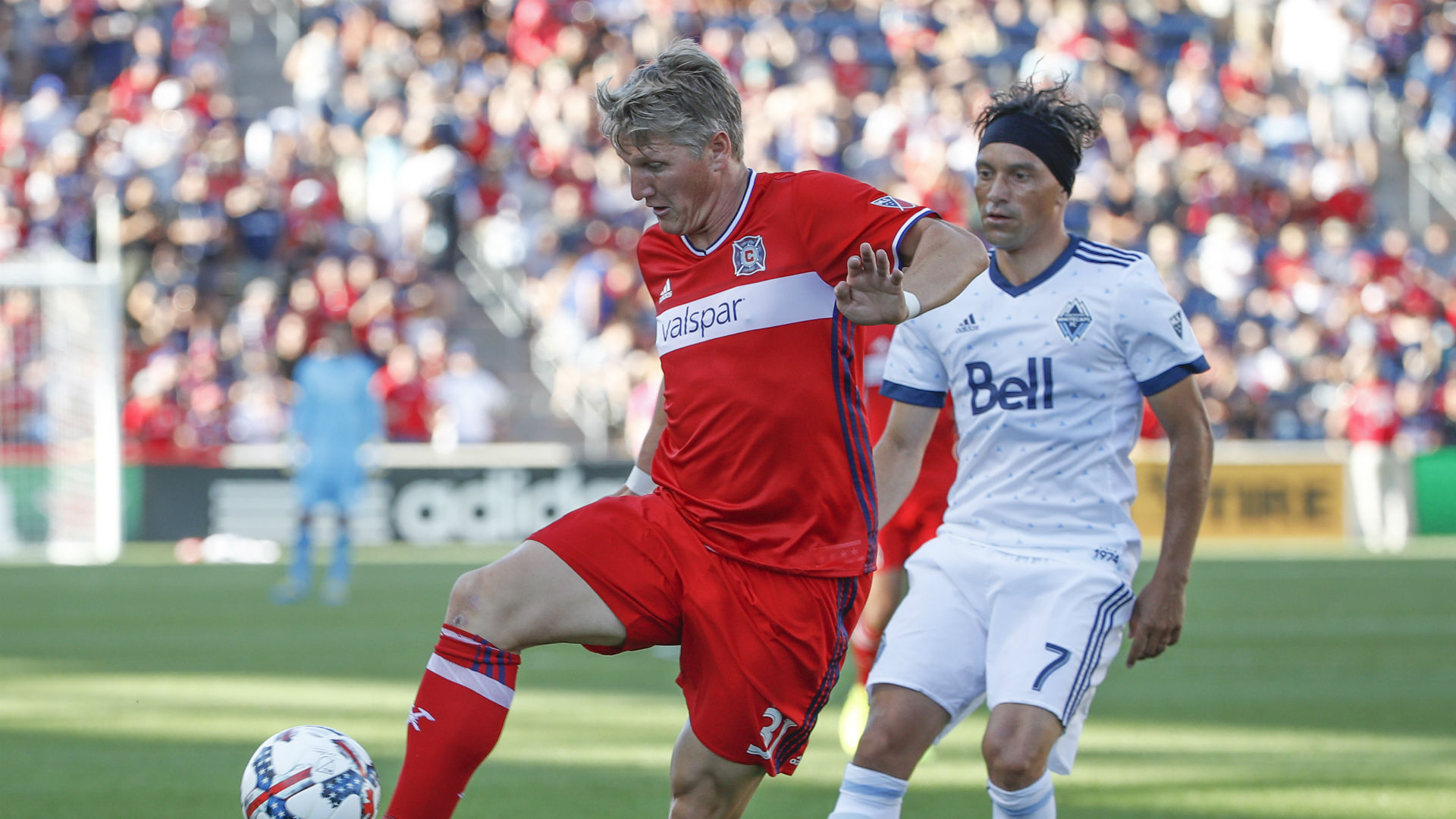 Chicago Fire midfielder Bastian Schweinsteiger was removed in the first half of his team’s match against the Vancouver Whitecaps with a hip injury.

Late in the first half, Schweinsteiger received a pass near the sidelines. He passed it on, but immediately signaled to the bench for a substitute and appeared to be favoring his groin.

He was replaced by Drew Conner, with right back Matt Polster, who had two assists on the evening, moving into the midfield.

However, the Fire told CSN during halftime that Schweinsteiger was removed with "hip tightness", not a groin injury. The team said he will be evaluated after the game and is considered day-to-day.

A pair of Nemanja Nikolic goals and a third by Arturo Alvarez had the Fire up 3-0 at the half over the Whitecaps, with the club going on to a 4-0 win.

Schweinsteiger has been a key figure for the Fire since arriving from Manchester United in March. The 32-year-old midfielder has scored two goals and added an assist in 14 MLS games this season while his presence in the center of the park has been a big reason for Chicago's turnaround in 2017, which has seen the Fire go from bottom of the East last year to first place by the end of play Saturday.

The Fire will hope for good news on Schweinsteiger, as another important player, midfielder Dax McCarty, is away with the United States on international duty.

The former Germany international is on a one-year contract with the Fire, with a mutual option for another.