The Blaugrana were reprimanded by the Rojiblancos in a statement this week, but they have acted similarly in the past and can have few complaints

Atletico Madrid are furious with Barcelona. In the midst of their preparations for next Wednesday's Europa League final against Marseille in Lyon, the Rojiblancos have seen the transfer talk surrounding Antoine Griezmann escalate.

The France forward scored in the first leg of the Europa League semi-final tie against Arsenal and Atleti are now within 90 minutes of a first trophy since winning the Spanish Supercopa in 2014.

But it could also be a farewell for Griezmann, although not if Atletico can help it.

The Madrid side are well aware that their star player is tempted by a summer switch to Camp Nou and also that the forward is the Catalans' top target in July, but they are determined to keep their man.

“We're fed up with Barcelona's attitude," Atletico CEO Miguel Angel Gil Marin said in a statement which was published by the club's official website on Tuesday. “That a president, player and a board member speak the way they've done about the future of a player with an existing contract and just a few days before disputing a European final, is an absolute lack of respect towards Atleico Madrid and its fans."

"Atletico Madrid's stance is very clear and has been made public on numerous occasions. Not once have we negotiated for Griezmann nor do we have any intention to do so. A few months ago, I personally expressed to Barcelona's president that our player isn't for sale nor are we going to sell him."

Atletico are unhappy following Barca president Josep Maria Bartomeu's admission that he held talks with Griezmann's agent back in October , along with Luis Suarez quotes on Uruguayan radio which appeared to confirm the Frenchman's arrival at Camp Nou this summer.

Atleti's media open day at the Wanda Metropolitano on Wednesday ahead of the Europa League final was dominated by constant questions to the players and also coach Diego Simeone about Griezmann's future.

Filipe Luis said Griezmann's release clause of €100 million (£88m/$119m) means he would represent a "cheap" signing in the current market, while Simeone brushed off the transfer talk by claiming he was like a "blinkered horse" , focused solely on Getafe in La Liga this weekend and then Marseille on Wednesday. 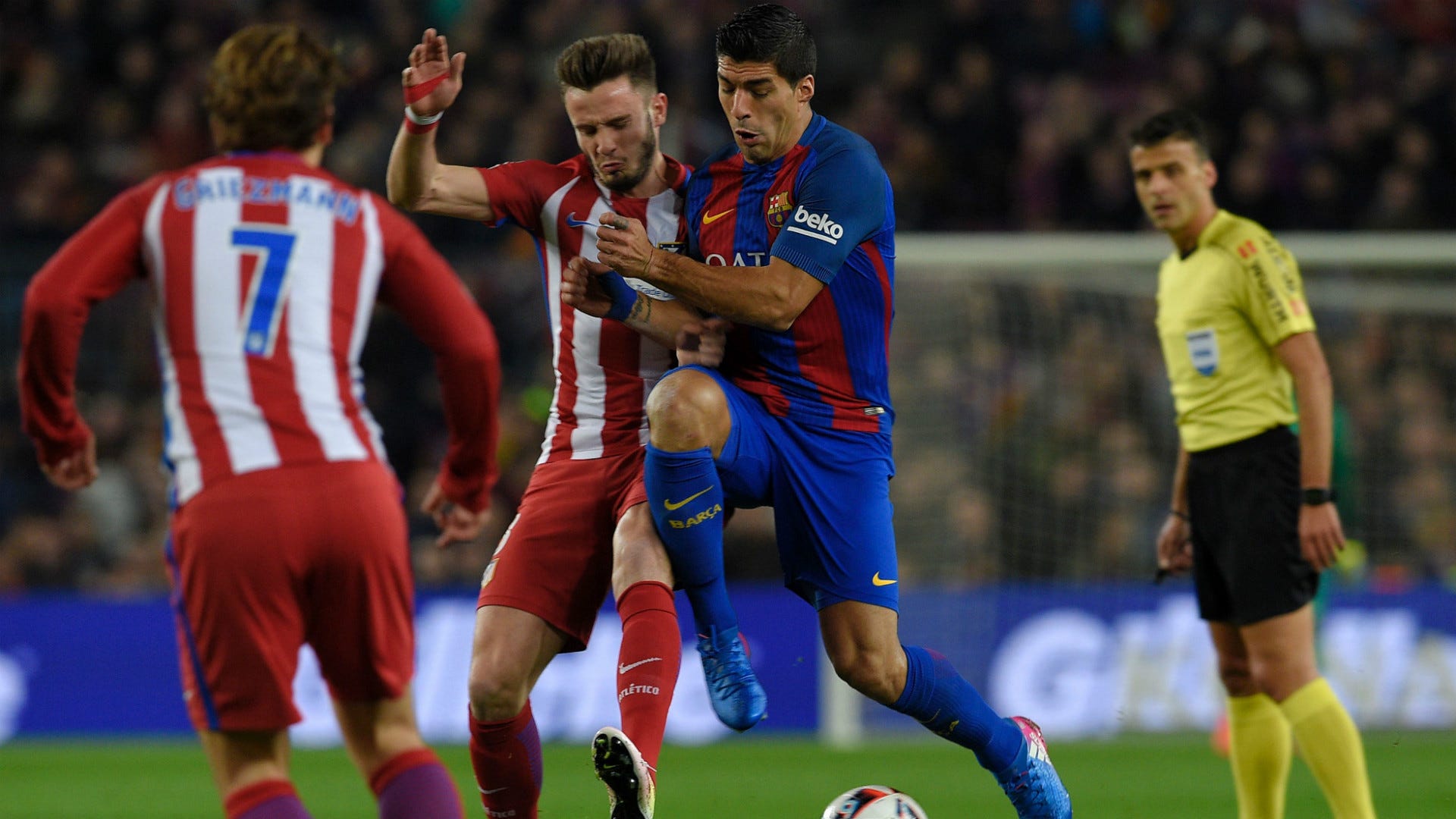 Meanwhile, Diego Costa warned his team-mate that if he leaves, he may not be lucky enough to return as the Brazil-born forward did in January, while Koke said: "We don't like it when one of our team-mates is tapped up."

And he is right. Atletico too. Barcelona's behaviour in their pursuit of Griezmann is indeed somewhat unethical and in that respect, they would do well to look to the diplomacy of their coach, Ernesto Valverde. "He's a great player," the 54-year-old said recently. "I'm sorry but I think we have to be cautious about players who don't play for us. I think we have to respect what we have here and also our opponents."

That is the right attitude to take, but it is also rare in modern football. Valverde is a gentleman and the transfers are not his responsibility, anyway. And while Atletico's frustration in this matter is understandable, it is also somewhat hypocritcal. 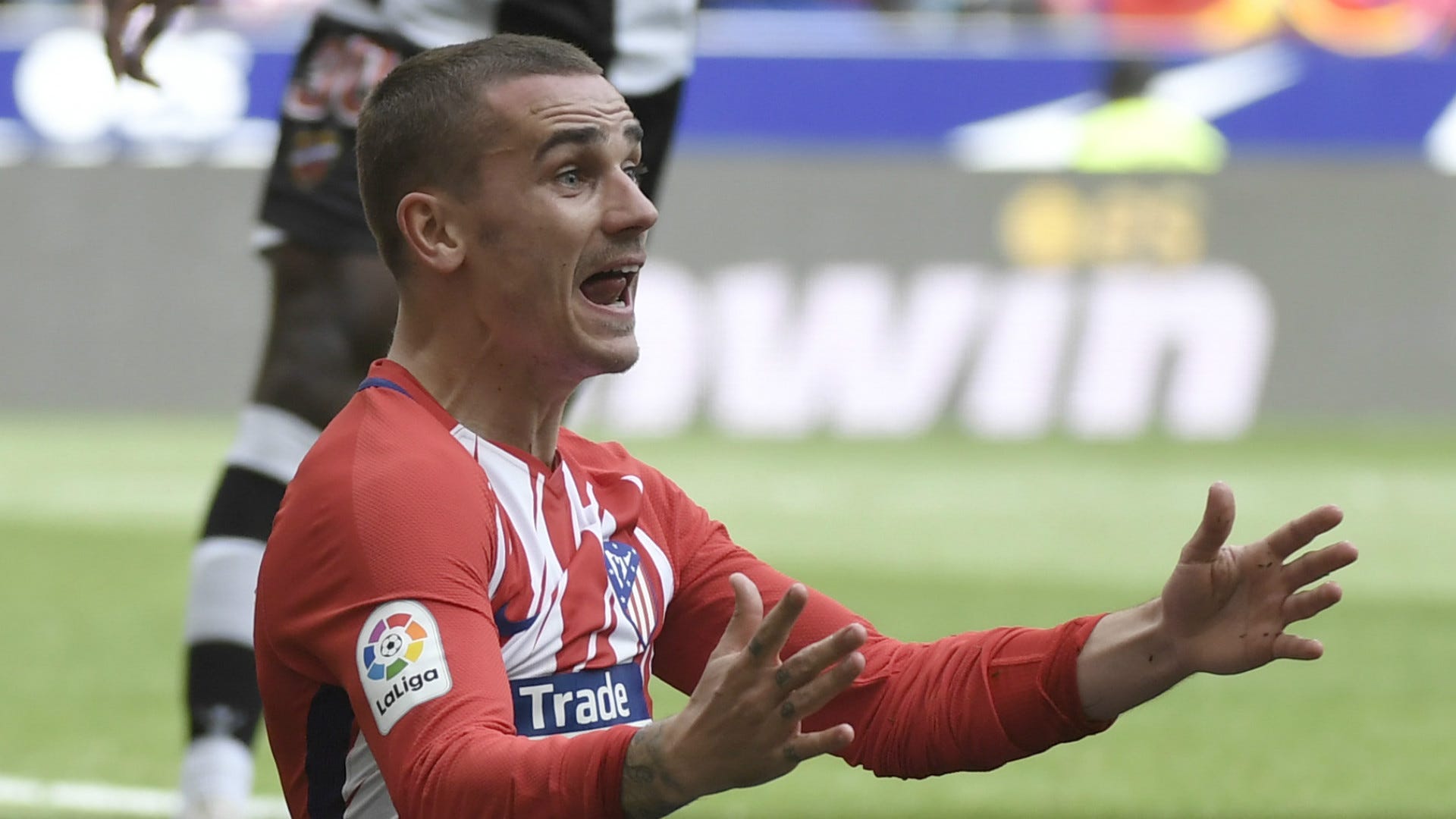 Last summer, Barcelona were angry at Paris Saint-Germain's conduct in their pursuit of Neymar. Now it is Atletico upset at Barca over Griezmann. Not long ago, Sevilla were furious at Atleti as they applied similar tactics to land Vitolo, while Las Palmas were infuriated with the Andalusian side for the way they pushed to sign the same player behind their backs.

It is a football food chain and despite their disappointment, Atletico cannot complain. Barcelona are only doing to them what they have done to others and what everyone else does anyway. It just hurts when a bigger club comes charging in to take away your finest footballer and, with the Bluagrana prepared to pay the forward's €100m clause this summer, there is little they can do about it unless the player himself turns around and decides to stay.

And right now, that looks unlikely, however much Atleti complain.