The president wants to see the teenager flourish at Camp Nou, and while he will be given a new contract, Barca don't want to put pressure on him

The 17-year-old winger has had an exciting introduction to top-team football in his debut campaign, scoring eight goals in 32 outings in all competitions and showing flair in the tradition of the Catalan club.

Such is the impression that the teenager has made, there have been reports of a €100 million (£88m/$115m) bid made for him by an unnamed club, thought to be Manchester United, but Bartomeu has said there has never been any formal talks over a talent he hopes will never leave the Catalans.

“There have been no formal offers but there has been interest from some clubs,” he confirmed to Sport. “Barcelona’s answer has been: ‘No.’”

“He’s essential for the future of the club. Ansu is not for sale. He represents the academy the players come out of, learn from and consolidate themselves in the first team.

“He’s unique because he jumped from the youth team to the first team. There are not many players like him and Barcelona cannot sell him, even if it would be an economic solution for the club in the times of this pandemic.

“At no time have we considered selling him. On the contrary: what we have to do is help him in his growth and get him to sign a new contract in the future, so that he plays here for life.” 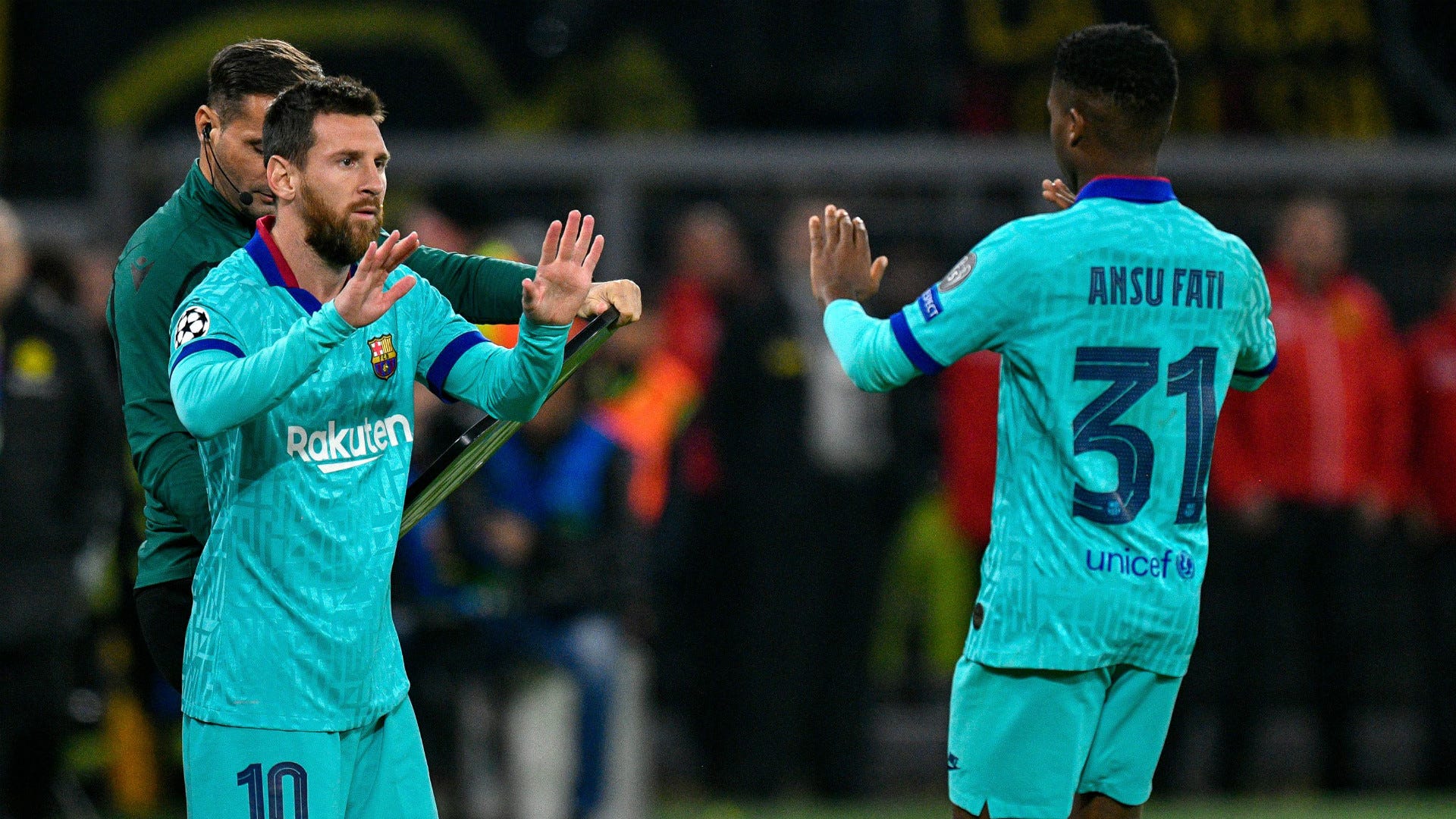 Ansu signed a deal in December that runs until 2022, though Bartomeu confirmed that the plan is to tie him down to fresh terms as quickly as possible.

“Along with Riqui Puig and Ronald Araujo, he represents La Masia, which makes young players capable of growing into the first team. They show that, although some people say it doesn’t work, continues to generate footballers.

“Generations don’t always come out, but now there are three players who are here to stay.”

But while the teenager has shown much promise, Bartomeu does not want to give him any grand labels, such as the superstar to take over from Lionel Messi.

“He’s only 17, let’s not put pressure on him,” he said. “Now he has to play and train with the best. Let him get into the team. The role that awaits him will be decided by him when appropriate. It is still early.”