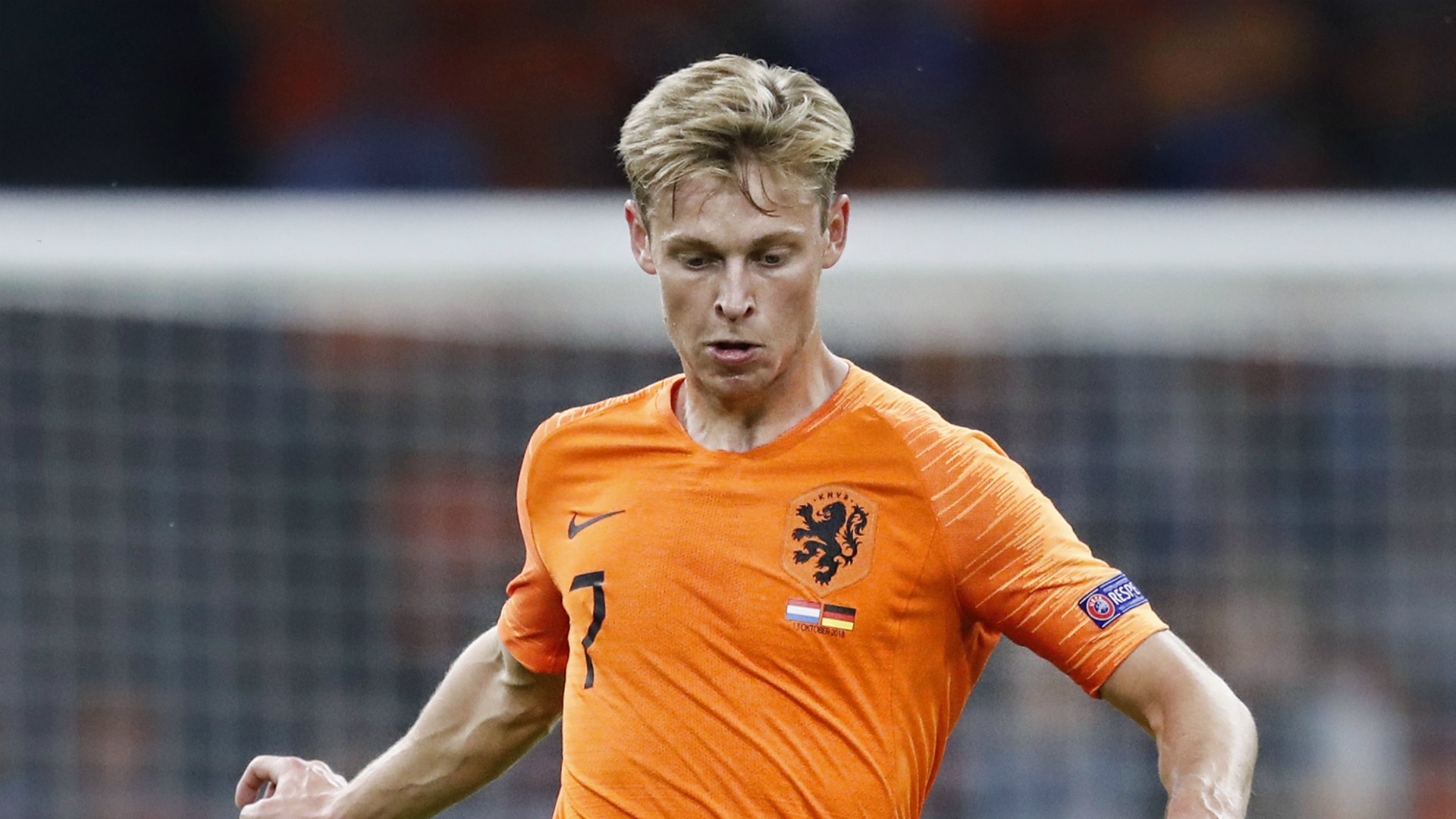 The Blaugrana have reportedly identified Ajax midfielder De Jong as their prime transfer target next summer.

The 21-year-old has attracted the interest of a number of top European sides after impressing in the Ajax midfield since making his debut two years ago, with Goal revealing that Manchester City are also in the mix. He has also impressed at international level for the Netherlands, most recently in the Oranje’s Nations League victory over World champions France on Friday.

De Jong admitted he was “flattered” to be linked with a move to the Camp Nou, while Manchester City and Tottenham have also been credited with an interest in the young midfielder in recent weeks.

Ten Cate, who spent three years as assistant to Frank Rijkaard at Barcelona between 2003 and 2006, is not surprised his former side have targeted De Jong, suggesting he has similar attributes to two former Barca favourites.

“It cannot be compared, De Jong can be a mixture of Deco and Xavi, but he is De Jong,” Ten Cate told Mundo Deportivo . “It is always difficult to compare players. Both Xavi and Deco were from another planet, De Jong has the talent, but he must still prove it and that his injuries are respected.”

De Jong’s teammate Matthijs de Ligt has also been linked with a move to Barcelona and Ten Cate thinks it would probably be best for both their careers if they left the Eredivisie side at the end of the season.

However, the 63-year-old has reservations about any potential move to a club the size of Barcelona at this relatively early stage of their career.

“They are two very talented players, although talent alone does not decide anything. Both have talent and a good head, and that is very important,” he added.

“The logical thing is that they leave Ajax this season and I think it's the best decision for their careers. Here the league is too easy and they need a more competitive competition.

“I think that with their age they are players who need to play every week and the chances of playing at Barca are not so great. When someone arrives at Barca they have to be ready.

“My opinion is that Barça will sign them but transfer them to another club so that they can get experience at the highest level, but not at Barca. They are players with a lot of quality but to grow they need to play, not be on the bench.”