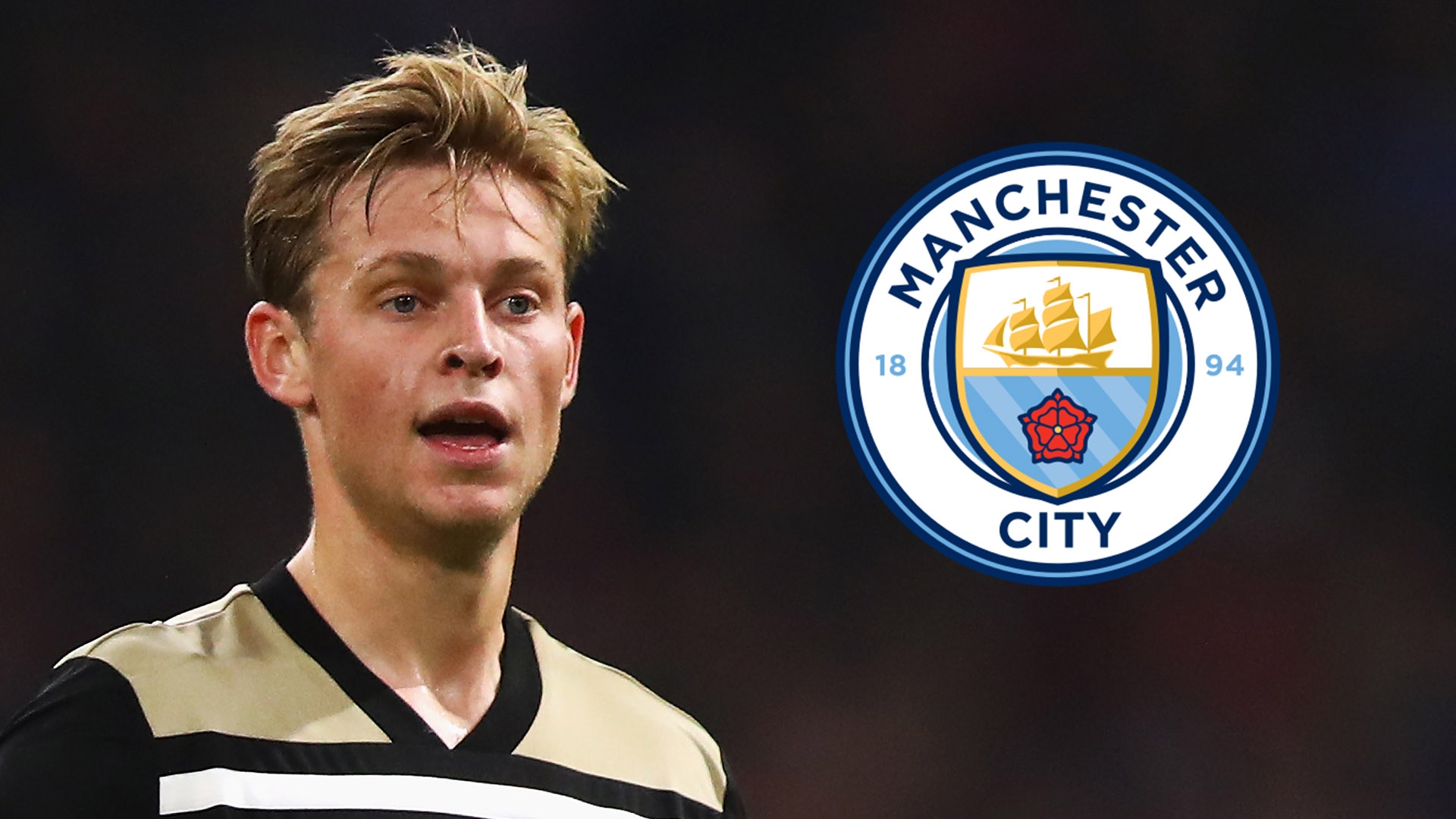 Barcelona have all but given up hope of signing Ajax midfielder Frenkie de Jong, with Manchester City prepared to break their club transfer record to land the Netherlands international, Goal understands.

City believe they are well placed to sign the highly rated 21-year-old next summer following months of talks between sporting director Txiki Begiristain and his Ajax counterpart Marc Overmars.

The Blues would be willing to strike a deal in the coming months and leave the youngster on loan at Ajax until the end of the season, as they are aware that Barca and several other leading European clubs are keen admirers.

Real Madrid are said to have entered the race in recent days, though sources close to Barca's decision makers have all but resigned themselves to City emerging victorious.

The Spanish league leaders are unwilling to match what City are willing to pay for De Jong, and have accepted that their only remaining hope of warding off the English champions is if the Dutchman insists that he wants to move to Camp Nou to play with Lionel Messi.

De Jong has said previously that he wants to play with Messi at Barca, although Blaugrana officials are not optimistic that that will be the decisive factor in his next move.

As a result, Barca have shifted the focus of their transfer plans and have stepped up their interest in Paris Saint-Germain midfielder Adrien Rabiot, whose contract expires next summer.

Barca also believe they have a better shot at signing De Jong's club and international team-mate, Matthijs De Ligt, although City are keen on signing the 19-year-old defender as well as De Jong.

The form of Arthur, who signed from Gremio last summer, has also lessened the need for a young, talented midfielder.

As revealed by Goal, Barca made an official offer of €30m (£27m/$34m) for De Jong during the summer and had stayed in contact with Overmars as the 2018-19 season began, but in recent weeks they have only become more and more concerned about City's financial muscle and Begiristain's persistance in negotiations.

Should De Jong insist on a move to Barca, they would then have to persuade Ajax to sell to them for less than City are willing to pay.

City are pushing hard to close a deal for De Jong as they believe he is a special talent who could go on to become one of the world's very best players, and also because they have had their fingers burned in recent years.

The Premier League champions identified Kylian Mbappe as a star of the future back in the summer of 2016 but failed to prise him from Monaco, as they did a year later when he moved to PSG.

City have also missed out a number of other high-profile targets, despite having reached agreements with the players and even their clubs.

Alexis Sanchez, Dani Alves and Jorginho had all been set for a move to the Etihad Stadium before the operations fell through at the last moment, and City do not want that to happen again, least of all with De Jong.

The club are also wary of the threat of a looming FIFA transfer embargo over the signings of overseas youth players.

FIFA has been investigating City and Chelsea regarding possible violations of its transfer policies since 2017 and it was claimed last week, by a Danish newspaper working with Football Leaks, that the world football governing body's adjudicatory chamber has alredy recommended a one-year ban for City and a two-year ban for Chelsea.

Last week, FIFA stated that "proceedings are ongoing and, to date, no decision has been passed by the FIFA judicial bodies."