The Brazil international's situation at Camp Nou is looking increasingly bleak, although PSG remains the most realistic destination if he is to leave

Barcelona are ready to listen to offers for Philippe Coutinho but a move to Manchester United does not seem likely,  Goal understands.

The Red Devils have been strongly linked with the Brazilian, while a return to Liverpool has also been reported in some quarters, but a switch to the Premier League is not currently an option for Coutinho.

Goal understands that the midfielder is put off the idea of heading back after his family struggled to fully adapt to life in England, with Paris Saint-Germain appearing the most plausible option.

The Ligue 1 club are the only European giant outside of England's top-flight that have the financial means to afford the player's wages, worth a reported €2.3 million a month before tax, while the opportunity to team up with international colleagues such as Neymar, Thiago Silva and Marquinhos is likely to appeal.

Juventus, who are already committed to signing Aaron Ramsey from Arsenal and would struggle to meet his wage demands, aren't an option while Bayern Munich, who would equally be put off by his wages, seem likely to sign James Rodriguez on a permanent deal. A switch to Real Madrid, meanwhile, isn't going to happen.

Despite PSG looking like an attractive option for Coutinho there has as yet been no approach.

Coutinho was expected to be a key cog in the Barca attack alongside Luis Suarez and Lionel Messi, although it has not quite gone according to plan in Spain, with his stock having fallen dramatically in the 2018-19 season.

The Brazil international has made just 16 starts and 10 substitute appearances in the league in the current campaign, and hasn't completed a full 90 minutes since January. 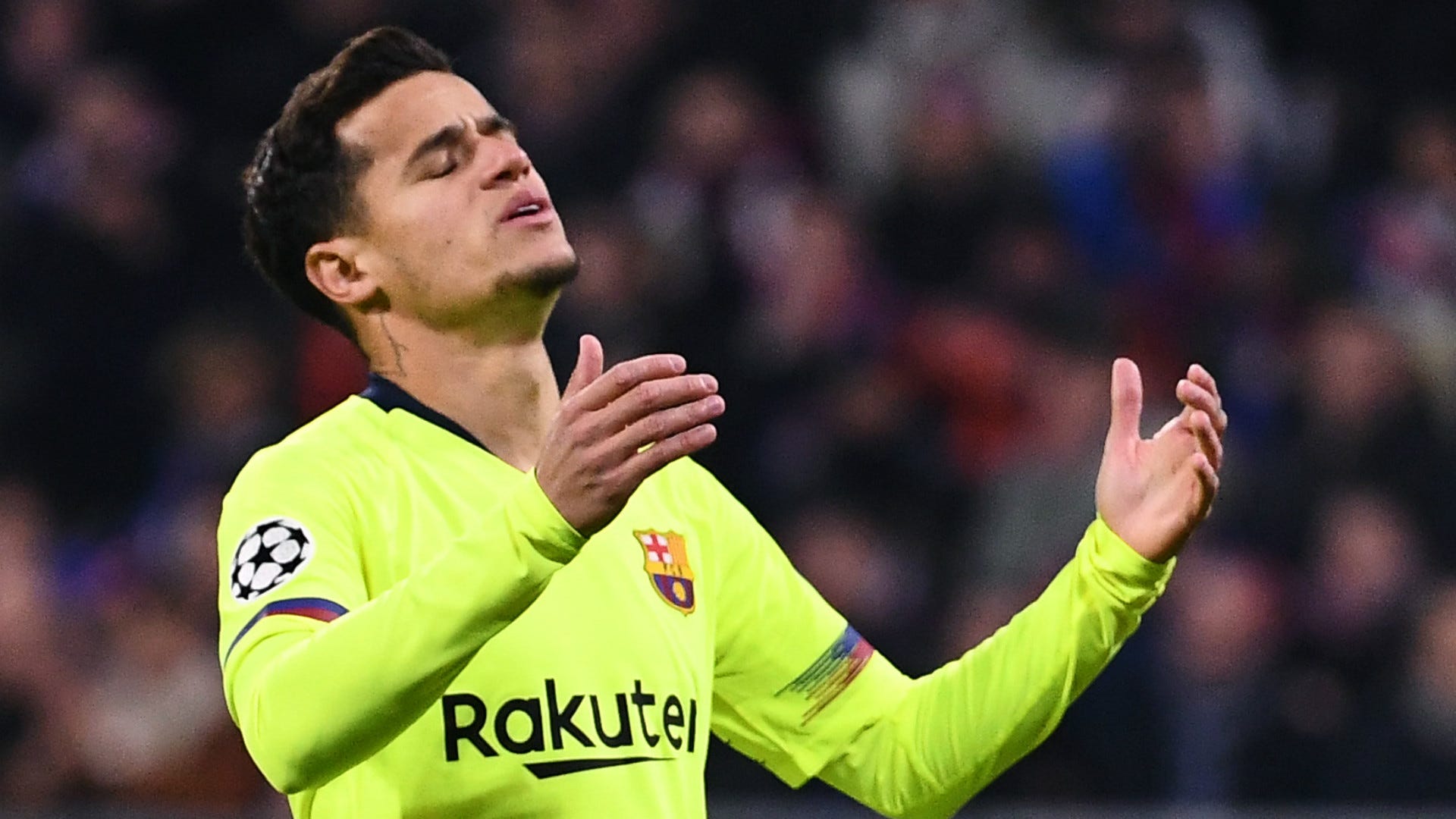 Goal understands that Coutinho was not interested in leaving the club in the winter transfer window as he was determined to turn his situation around.

He has, however, failed to convince Ernesto Valverde that he should be a first-team regular starting every week and thus is set to consider his future once again in the summer.

Indeed, the 4-1 win over Real Betis last time out saw the Barca head coach switch to a 4-4-2 formation and start with Arturo Vidal, rather than the club's traditional 4-3-3, with Coutinho instead used as an 89th-minute sub.

With 10 games remaining in La Liga - where Barca have a 10-point lead over second-placed Atletico Madrid - and the Catalans also in with a chance of winning Copa del Rey and the Champions League, there is still time for Coutinho to turn things around and make his mark.

Despite his determination to succeed at Camp Nou, the 26-year-old is unhappy with his current situation at the club.

He does, however, have the support of his team-mates, with the Barca squad hopeful that he will remain in Spain - the former Liverpool star's professional attitude and the fact he lives a life outside of the limelight mean he is a popular member of the dressing room.

The fact is, though, that if he isn't afforded more playing time in the starting XI and is unable to make a significant impact before the end of the season, he is likely to find himself in a position where he will be moved out of Camp Nou.