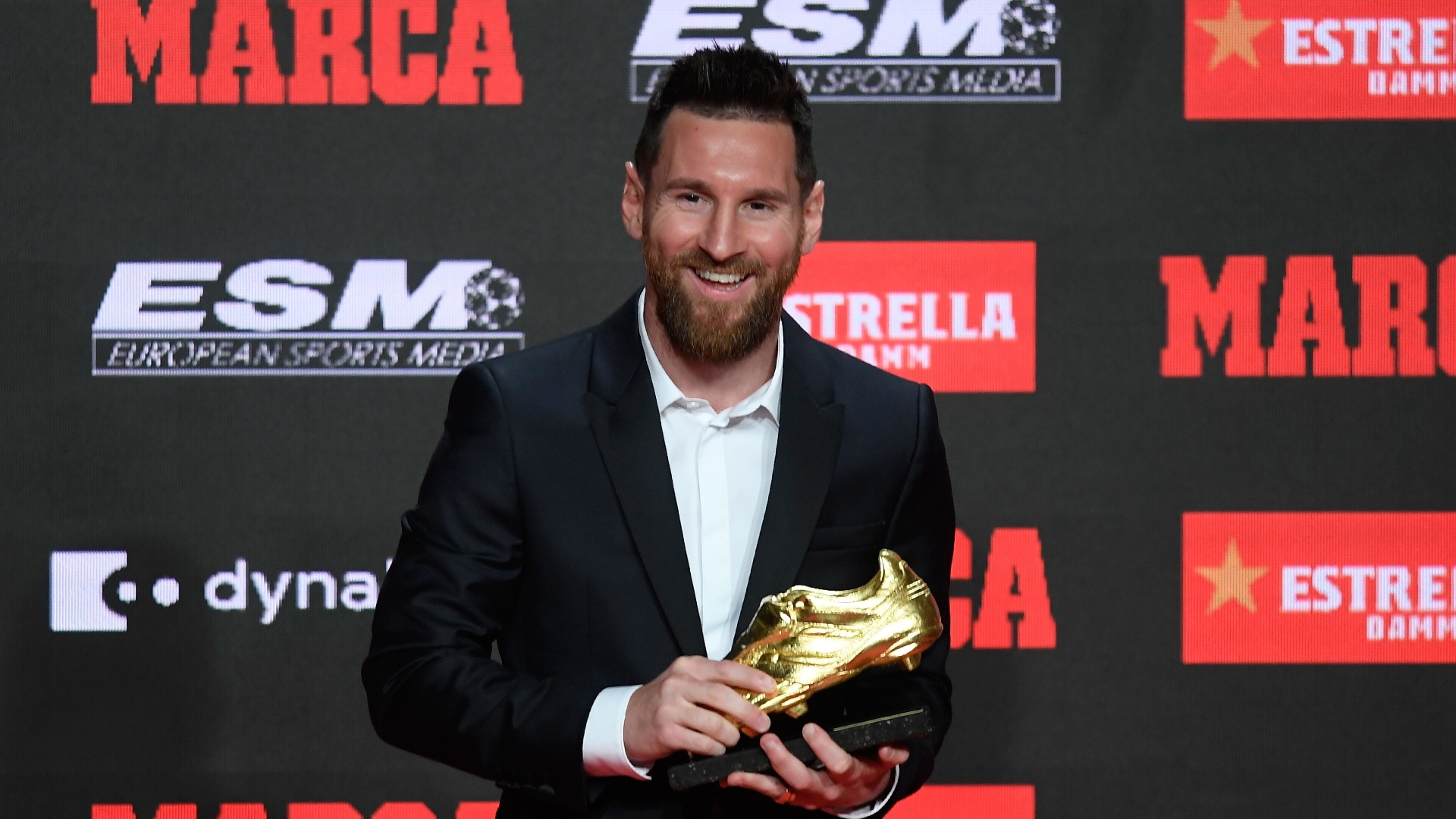 The Argentine attacker has won the prestigious individual award for the sixth time, beating out Kylian Mbappe for the prize

Barcelona attacker Lionel Messi has been presented with the European Golden Shoe after ending the 2018-19 season as the leading marksman on the continent.

He won the race by scoring 36 times in 34 outings for the Camp Nou side last season as they regained their Primera Division trophy, with the 32-year-old once again their star performer.

It was the sixth occasion he has won the award and marked nine years after he first lifted the prize by scoring 34 goals during the 2009-10 campaign.

Kylian Mbappe of Paris Saint-Germain was the only player to push the South American close in the race, with the young French superstar having netted on 33 occasions for the Ligue 1 champions.

Completing the top three was Fabio Quagliarella of Sampdoria, who found the net 26 times to finish as Serie A's leading scorer.

Three players have dominated the Golden Shoe over the course of the last decade, with the usual suspects of Messi and Cristiano Ronaldo joined by two-time winner Luis Suarez, who is the only non-La Liga player to win the award - doing so jointly with Ronaldo in 2014 while still a Liverpool player - since the Portuguese did so with Manchester United in 2008.

Remarkably, the winner of the Golden Boot award in eight of the last nine seasons has scored at a rate of more than a goal per game. The one exception was Messi’s 2018 triumph, when he netted on 34 occasions, having played 36 matches.

Messi will be hard pushed to match his previous exploits during the 2019-20 season, which has already been marked with two spells out with injury, restricting him to just one full 90-minute display in La Liga to date.

The five-time Ballon d’Or winner, who was also recently awarded FIFA’s The Best Male Player for 2018-19, marked that appearance with a goal against Sevilla.

Real Madrid's Karim Benzema, Gerard Moreno of Villarreal and Loren Moron of Real Betis are the early pace setters in the current Pichichi race, having each scored on four occasions.

On the European scene, meanwhile, Erik Sorga of Flora Tallinn leads the way early in the 2019-20 award with 27 points, though the Estonian season is drawing towards a close.

Robert Lewandowski is the best placed of the likely winners, with the Bayern Munich forward having scored 11 times already this season to amass a total of 22 points.