Barcelona confirmed that midfielder Denis Suarez joined Arsenal on loan for the remainder of 2018-19, before quickly deleting the announcement from their website.

The deleted post confirmed that prior to departing Barca, Suarez extended his contract by one year to take him through the 2020-21 season.

In addition, the announcement confirmed that the Gunners would retain an option to buy Suarez, and would be paying his salary for the rest of the season. 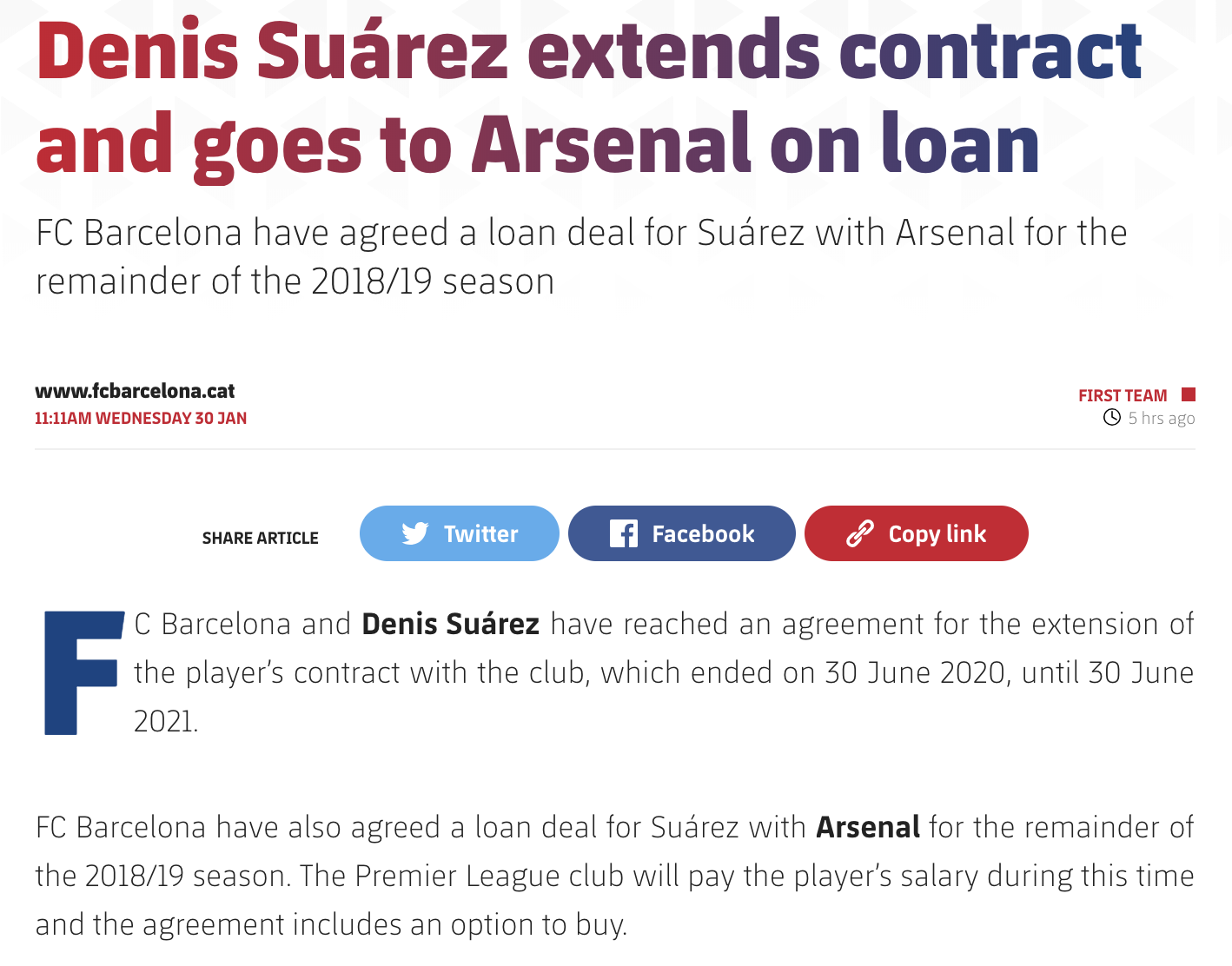 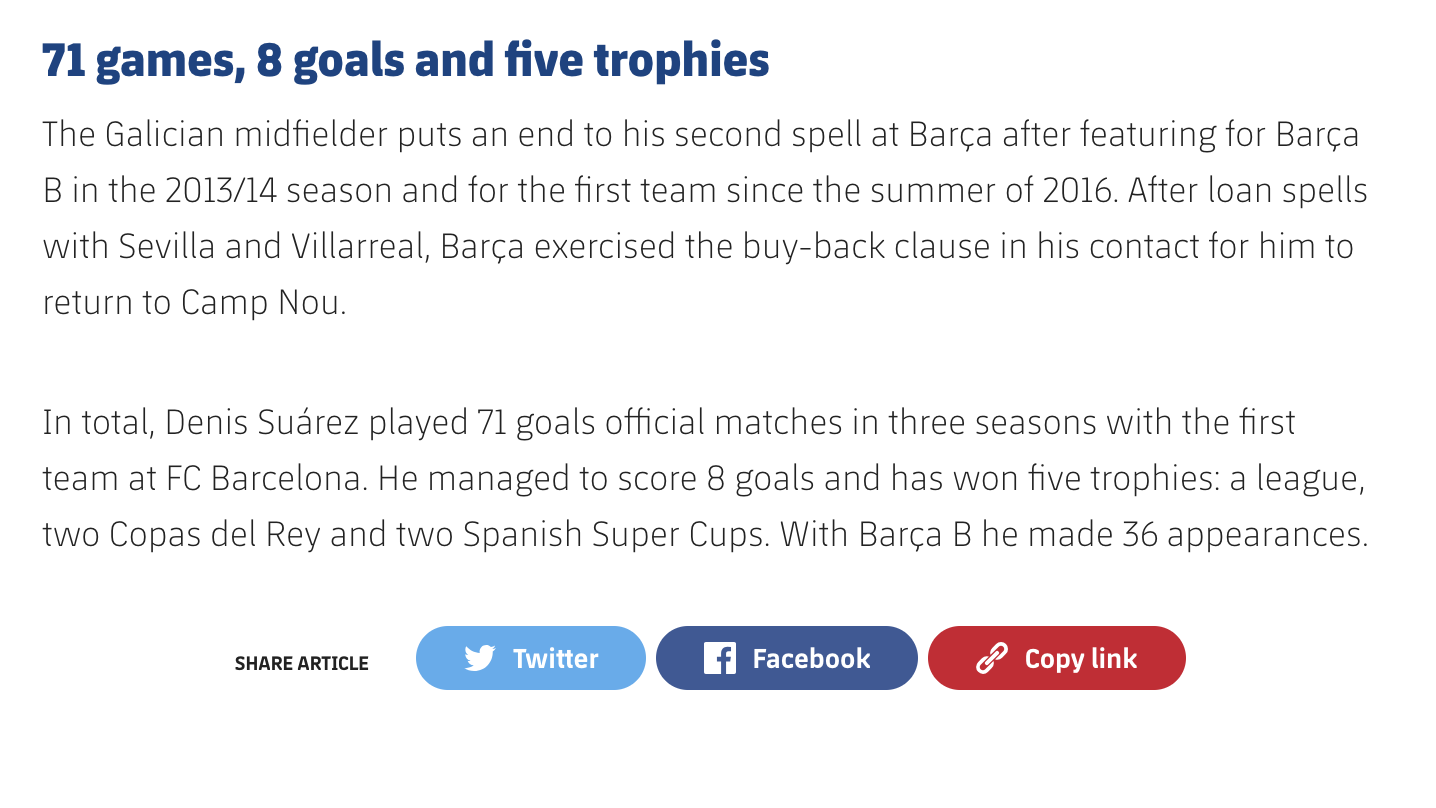 Goal reported earlier this week that a breakthrough had been made in talks between the two sides, with the 25-year-old set to join the Gunners for the rest of the current campaign.

On Tuesday, Barcelona manager Ernesto Valverde confirmed that a deal was nearing completion.

"I know Denis was in this situation. It's not official yet and we have to wait a little," Valverde told a news conference.

"It was a possibility that everyone valued, and we hope that things go well."

With manager Unai Emery confirming his side would only be targeting loan deals in January, Suarez was identified as a player who could help the Gunners on the flanks.

Suarez has been brought in to compete for playing time with Alex Iwobi and Henrikh Mkhitaryan, who is currently sidelined with a foot injury.

The midfielder has played 71 total games with Barca since re-joining the club in 2016, but has been scarcely used in the current season.

Suarez has just two La Liga appearances this term, to go along with six appearances combined in the Champions League and Copa del Rey.

In his time with the Blaugrana, Suarez has scored eight goals and has won five trophies: one La Liga, two Copas del Rey and two Spanish Super Cups.

Talks between the clubs have been ongoing for weeks and initially broke down after Barcelona insisted on an obligation-to-buy clause being inserted in the loan agreement.

Suarez will be reunited with Emery at Arsenal, with the Gunners boss having managed Suarez during a loan spell at Sevilla in 2014-15.

At the international level, Suarez has earned one cap with the Spanish national team, which came in May 2016.