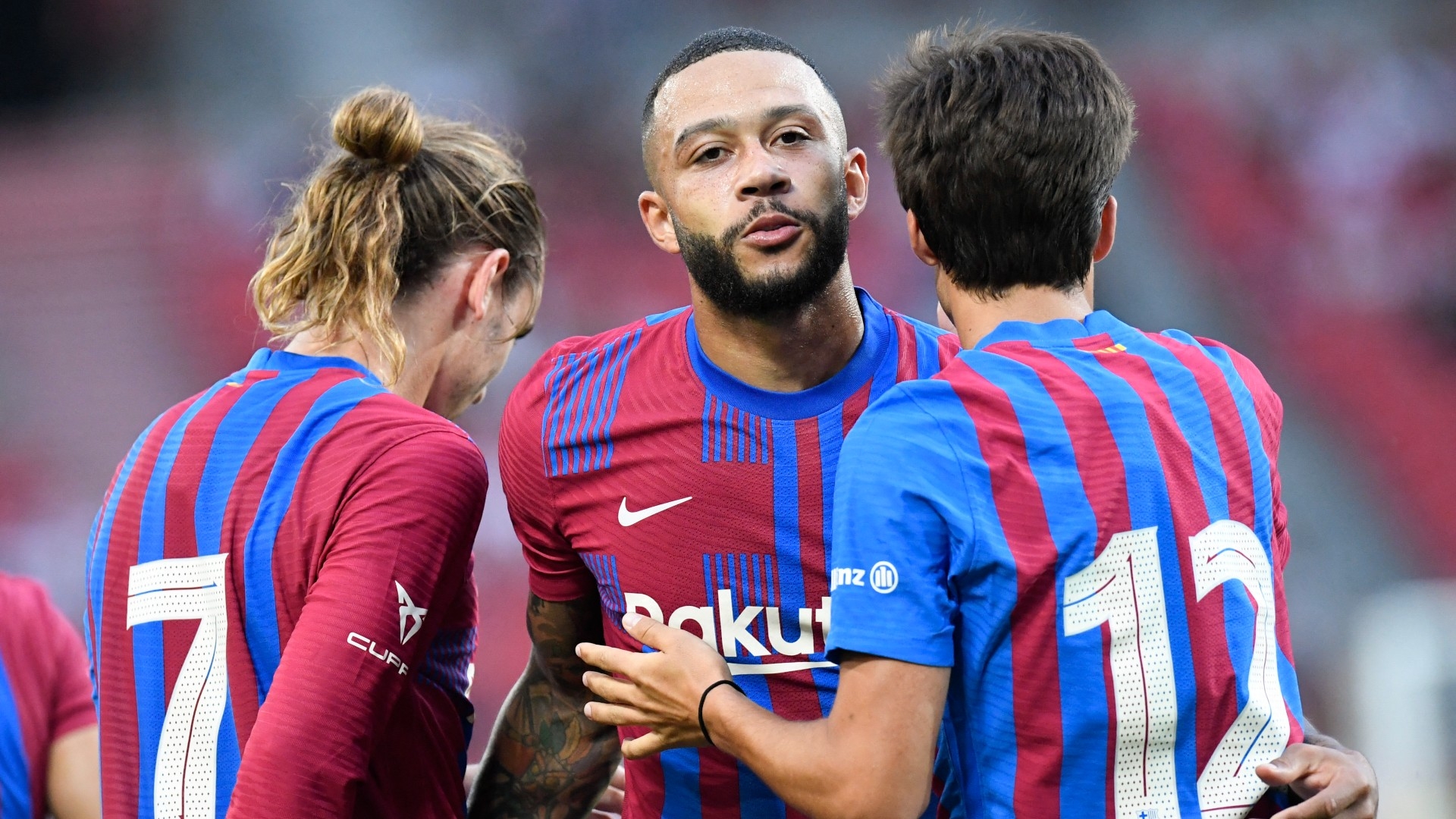 Having failed to retain Lionel Messi, the Blaugrana have at least managed to register several key faces ahead of the season opener this weekend

Barcelona have confirmed the registration of Memphis Depay for La Liga's new season, alongside Eric Garcia and Rey Manaj, after Gerard Pique agreed to a significant salary reduction.

The Blaugrana have found themselves attempting to balance the books to conform with the league's financial rules this summer, having already failed to re-sign Lionel Messi owing to fiscal limitations.

Those limitations had seen them unable to register several of their new recruits ahead of the 2021-22 campaign, but on the eve of the season, the club has now confirmed at least three of their transfer window arrivals are now registered to play.

"Barcelona is able to register Memphis, Eric Garcia and Rey Manaj to play in the Spanish Liga de Futbol Profesional," the Catalan outfit confirmed in a statement on Saturday.

"This has been made possible thanks to an agreement with Gerard Pique whereby the Barca second captain’s salary has been substantially reduced.

"This means that all of the first team players will be available for selection by Ronald Koeman for this Sunday’s opening Liga fixture against Real Sociedad."

Aside from Messi - who as a free agent, did not serve to ease to the club's financial woes - the Blaugrana have already offloaded Jean-Clair Todibo, Junior Firpo and Trincao among others this summer.

But further cuts are still required, with Sergio Aguero still not registered and Barca further confirmed that they were in conversations with other senior figures Sergio Busquets and Jordi Alba over a reduction to their wage packets too.

"The club is also continuing to work with two of the other captains, Sergio Busquets and Jordi Alba, to adapt their salaries to the club’s current situation," they added, "It must be noted that both players are totally and utterly willing to cooperate."

Barca kick off their pursuit of silverware this Sunday when they take on Sociedad at Camp Nou, as they aim to dethrone Atletico Madrid at the top of the Spanish football pyramid.

Having claimed Copa del Rey success in coach Koeman's first season at the helm last term, they will be determined to ensure that they start life after Messi on the right foot.

The Argentine's absence is likely to cast a long shadow over the coming season, however, while the club continues to contend with its financial woes and the fallout of the European Super League project.