'His head is fine. There is no concussion' - Solskjaer provides positive Bailly update 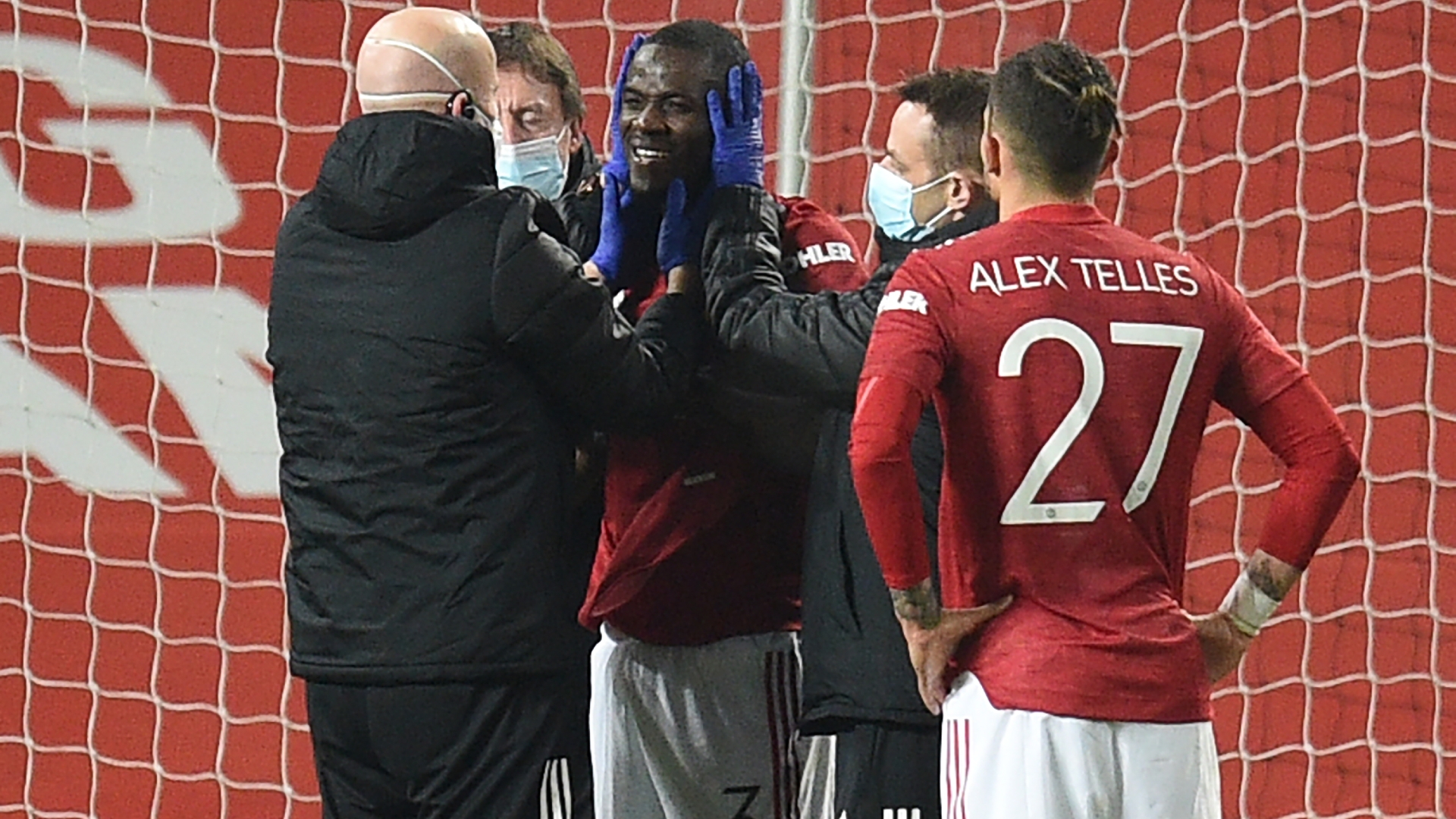 Eric Bailly was a first-half casualty for Manchester United against Watford on Saturday when he was forced off the pitch after clashing with goalkeeper Dean Henderson.

The defender started United's FA Cup third-round clash alongside Axel Tuanzebe at the back as the Red Devils looked to progress against their Championship opponents.

And things appeared to be going to plan for the hosts at Old Trafford when Scott McTominay headed them into the lead after just five minutes.

But manager Ole Gunnar Solskjaer, who heavily rotated his squad for the cup clash, was forced into a change just before half-time after an unfortunate mishap involving two of his players.

Henderson came charging out of his goal to clear a cross from Nathaniel Chalobah, and managed to punch the ball away from danger.

But in the process the former Sheffield United loanee crashed into Bailly, who was floored by the impact.

The Ivorian received treatment on the pitch before being walked off by United medical staff, and clearly looked to be suffering the effects of the collision as he appeared dazed.

United took no chances with the possibility of a head injury, removing Bailly from the game and sending on Harry Maguire in his place for the final minutes of the first half.

Solskjaer provided an update following the game, saying the problem was with his neck - and that the defender did not suffer concussion.

"It’s his neck I think,” Solskjaer said following the 1-0 win. “His head is fine. There is no concussion or anything like that.

“But we have got to do scans.”

Bailly took to Twitter following the game to confirm he was fine, as he said: "I am OK. It was just a knock."

Bailly has been in and out of the Reds line-up during 2020-21, and went almost three months without an appearance after being sidelined in the wake of the club's humiliating 6-1 reverse at the hands of Tottenham in October.

But Solskjaer recalled him to the defence shortly before the festive period and he has gone on to start United's last three Premier League games, most recently playing all 90 minutes of their 2-1 New Year's Day victory over Aston Villa.

That recent run of solid form has enthused ex-Reds favourite Rio Ferdinand, who believes him to be the perfect partner for Maguire.

"A big thing that has gone under the radar is Eric Bailly," the United legend said on his YouTube channel FIVE.

"He’s added a little bit of pace and steeliness to that back four. My only issue with Eric Bailly has always been his fitness, he can never stay fit.

"He’s always injured or a game away from an injury, and that’s a problem. You don’t get that consistency of performance or get to know each other.

"I think Maguire needs pace next to him, he has other attributes but pace isn’t one of them. In the modern game, to have two centre-backs who aren’t electric quick, you’ve got a problem.

"Bailly has good attributes, he’s quick and aggressive. If he can cut the silly mistakes out which he had previously and gets away from injuries and gets a clean bill of health, I think Manchester United are onto a good thing."