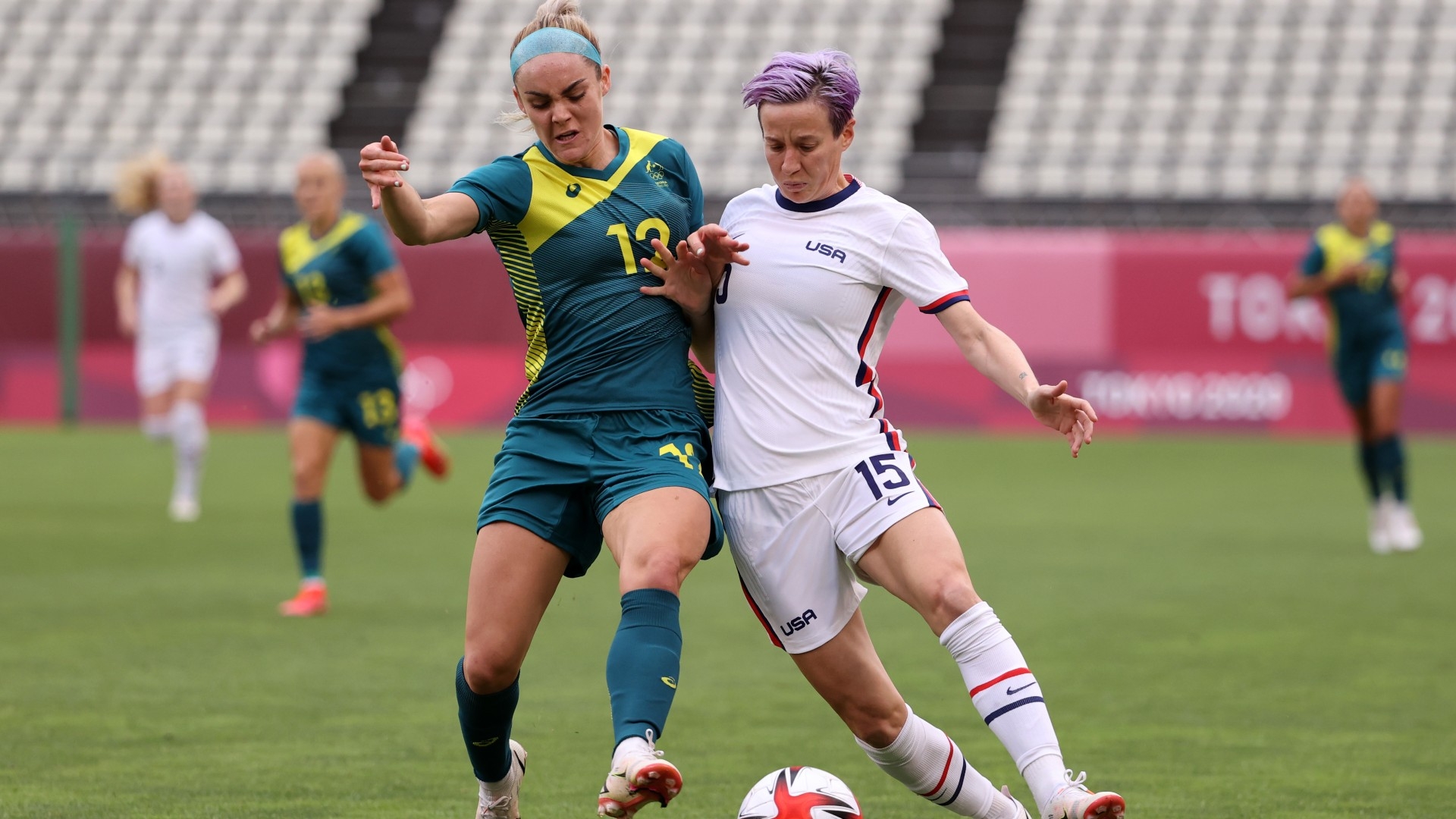 The U.S. women's national team will look to ensure they end a disappointing Olympic campaign on a high note against Australia in the bronze-medal match at Tokyo 2020, in Kashima.

The World Cup holders fell short of golden glory in Japan, but can still leave the games with a podium finish if they can overcome the Matildas in a Group G rematch in Ibaraki Prefecture.

In the United States (US), this year's USWNT Olympics soccer games can be watched live and on-demand with fuboTV (watch with a 7-day free trial).

Having battled through extra-time to beat Great Britain, the Matildas couldn't muster the energy to trump Sweden in the semi-finals and now will face off with a side they have already held to a goalless draw for the honour of a podium finish at Tokyo 2020.

Tony Gustavsson - unable to beat his home country in the final four - is unlikely to ring wholesale changes, but he could be persuaded to hand teenager Mary Fowler a start alongside Sam Kerr up front, while Ellie Carpenter's late red card should open the door for Laura Brock.

Overwhelming favourites with a 44-game unbeaten streak ahead of the Olympics, the Stars and Stripes have struggled to make their mark throughout, with a single regular-time win to their name across the women's tournament before Canada beat them on Monday.

Now, for their golden generation, it is bronze or bust. Vlatko Andonovski is likely to deploy Megan Rapinoe and Carli Lloyd from the start after they came from the bench in defeat to Canada, while Adrianna Franch could start after Alyssa Naeher was ruled out through injury.