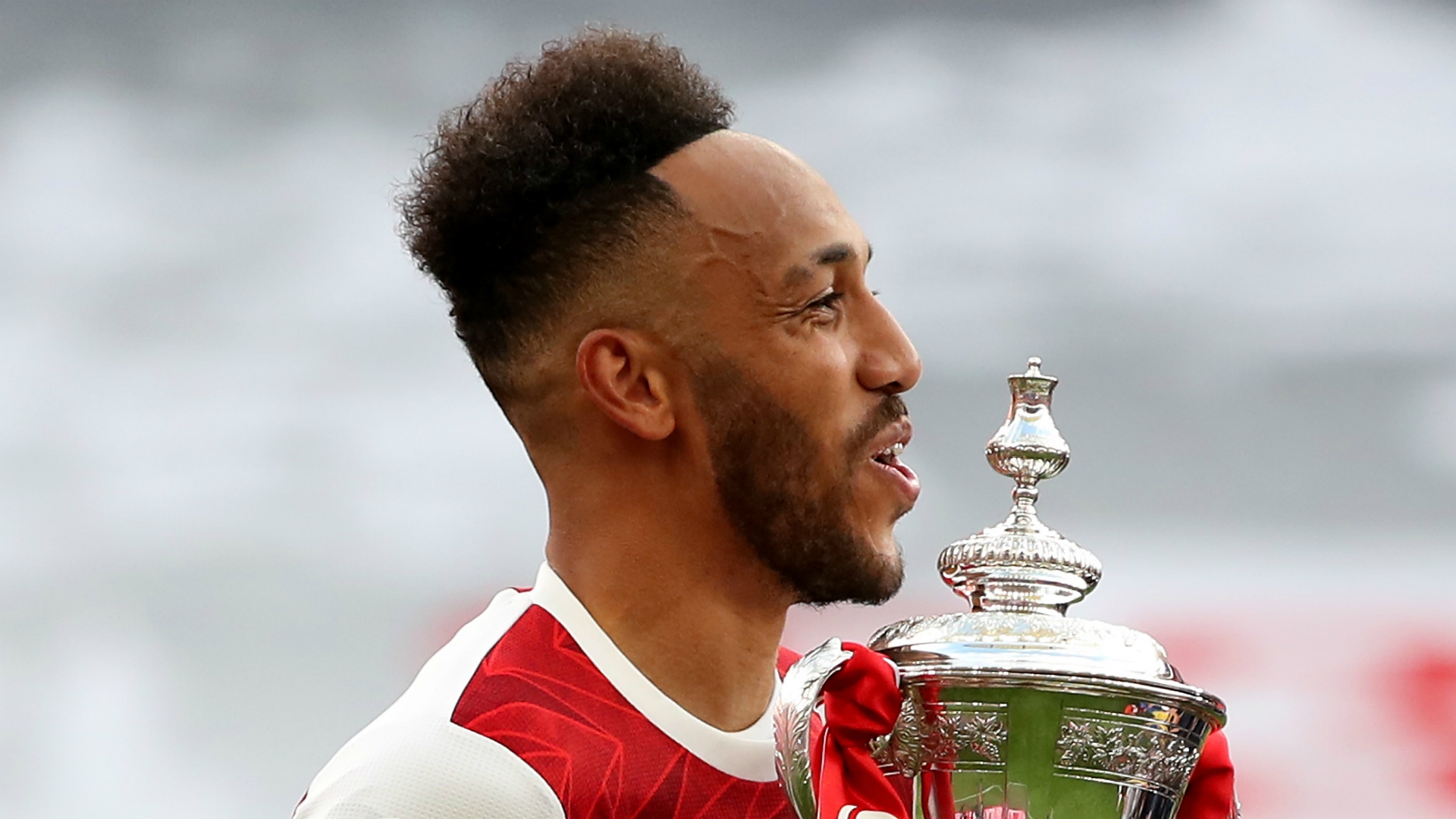 The future plans of the Gunners star could soon become clear after he hinted that news may be imminent.

Pierre-Emerick Aubameyang has sparked a flurry of speculation about his future at Arsenal after he took to social media with a teasing post on Sunday.

The Gabon striker, whose vital brace in this month's 2-1 victory over Chelsea in the FA Cup final handed the Gunners their first silverware for three years, has entered the final year of his contract at the club.

Arsenal have been keen for him to commit to a longer stay at the Emirates Stadium following an impressive string of performances since his arrival in 2018 from Borussia Dortmund.

Now, Aubameyang has set pulses racing in North London after he posted an image of an hourglass on Twitter, with the forward providing no additional context to his message.

The tweet however has seen further speculation mount that the 31-year-old has indeed put pen to paper on a new deal to keep him at Mikel Arteta's disposal ahead of a crucial 2020-21 campaign.

With 22 goals in the Premier League last season - matching his Golden Boot-winning haul from the previous campaign and just one shy of the honour again the following term - Aubameyang has emerged as the cornerstone of the Gunners' attack in the post-Arsene Wenger era.

His prolific performances helped drive the club to a Europa League final in 2019, while his contributions at Wembley earlier this month earned him his first trophy at the club and a Man of the Match award to boot.

He won the club's Player of the Season award for his performances last term, during a tumultuous campaign that saw Unai Emery replaced by Arteta midway through the opening half of the campaign and the season subsequently disrupted by the Covid-19 pandemic.

Any reaffirmation of his commitment to the club would be seen as a key coup for the Gunners, who continue to shape their squad ahead of the new campaign, which will be Arteta's first full year at the helm.

They brought former Chelsea star Willian on the club on a free transfer on Friday, but a new deal for Aubameyang would likely trump any other incoming arrival in terms of importance to fans and supporters.