'I am not suspicious about that' - Aubameyang's Arsenal slump not linked to new contract, says Arteta 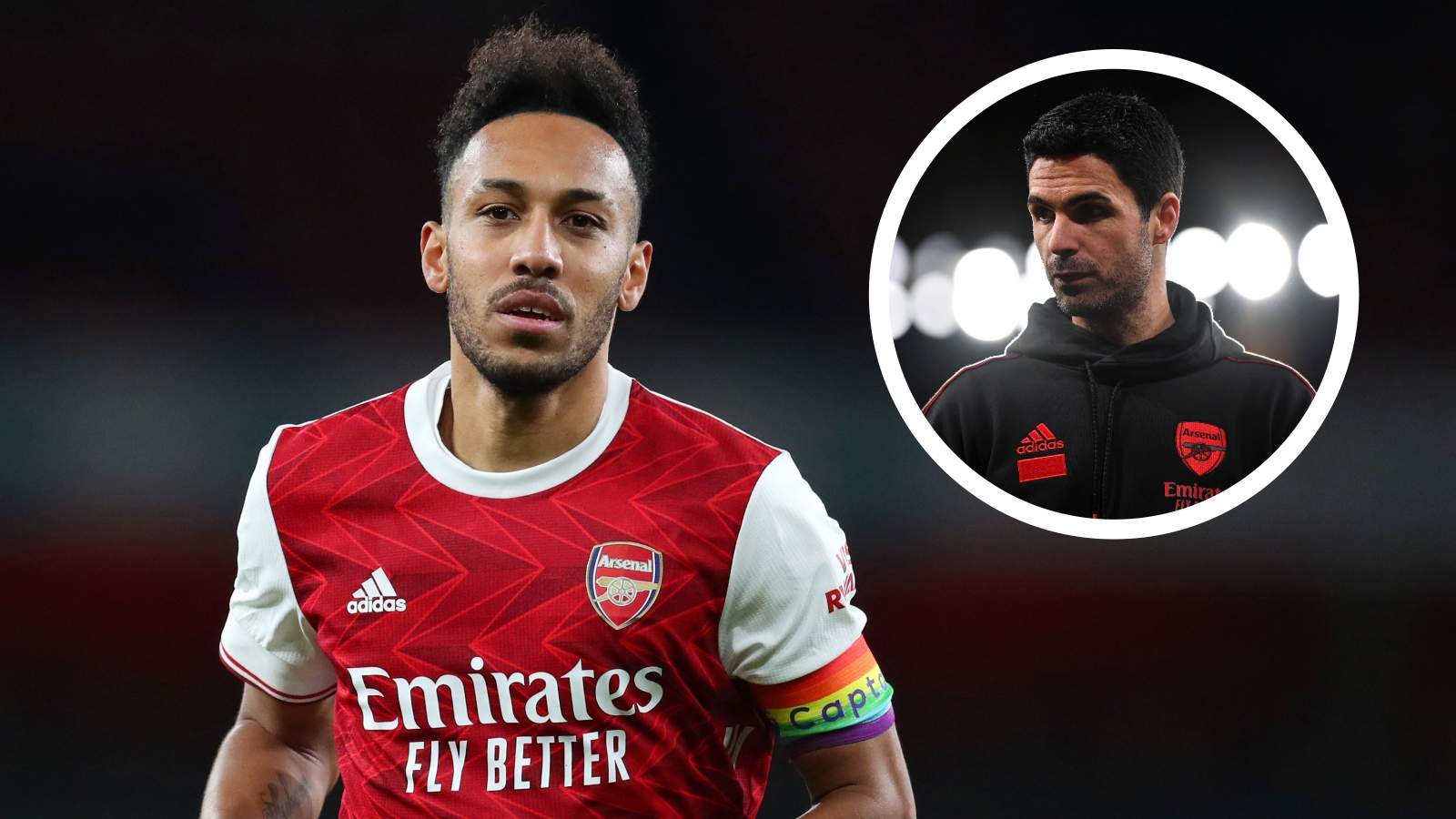 Mikel Arteta insists he is ‘not suspicious’ that Pierre-Emerick Aubameyang’s drop off in form this season is linked to the new long-term contract he signed in September.

The Gabon international has been prolific for the Gunners since arriving from Borussia Dortmund in January, 2018 - winning the Premier League golden boot in his first full season in north London and finishing as the top flight’s second highest scorer in 2019/20.

But Aubameyang has found things much tougher in the current campaign, scoring just 14 goals in 31 appearances so far and his performances have come in for plenty of criticism with some suggesting that his motivation might have dipped since he was handed his lucrative new contract just a few days after Arsenal’s season opener against Fulham.

When asked about the link between Aubameyang’s form and his new contract, Arteta said: “It is easy to connect things like that, but I am not suspicious of that.

“I have seen, and we have had many conversations, about what he wanted to do from last year’s point of view to his near future in the next two years, and he was very ambitious with that.

The Arsenal’s captain’s form has improved since the turn of the year, with the striker scoring nine times in his last 14 games.

It’s no surprise that Arsenal’s results have picked up during that time, with Arteta accepting that his team relies heavily on their skipper putting the ball in the net.

“We talked for months about the ratio of goals we need him to score to give us the best possible chance of being at the top,” he said.

“It has not been what it has been in recent years and it’s a factor that is contributed to by a lot of things that the team has to do on the pitch. It is not just his thing.

“But obviously we need Auba in a different form in the next games to give us our best chance to finish where we want to finish the season, that’s clear.

The debate over where Aubameyang should play is one that rarely goes away.

Since switching to a 4-2-3-1 system during the second half of the season, Arteta has used the 31-year-old primarily as the central striker.

He has played on the left of the attack at times, however, and even started on the right when Arsenal drew 3-3 at West Ham immediately prior to the international break.

“He can play off the left, off the right, in the middle,” said Arteta, when asked what he thought Aubameyang’s best position was.

“When you look at his stats in the past, there is not a big difference.

“It depends how we play and how much we provide him, and how efficient he is when he has these chances and these movements.

“When he’s got this form of confidence when he is unstoppable. It is dependent on many factors.”