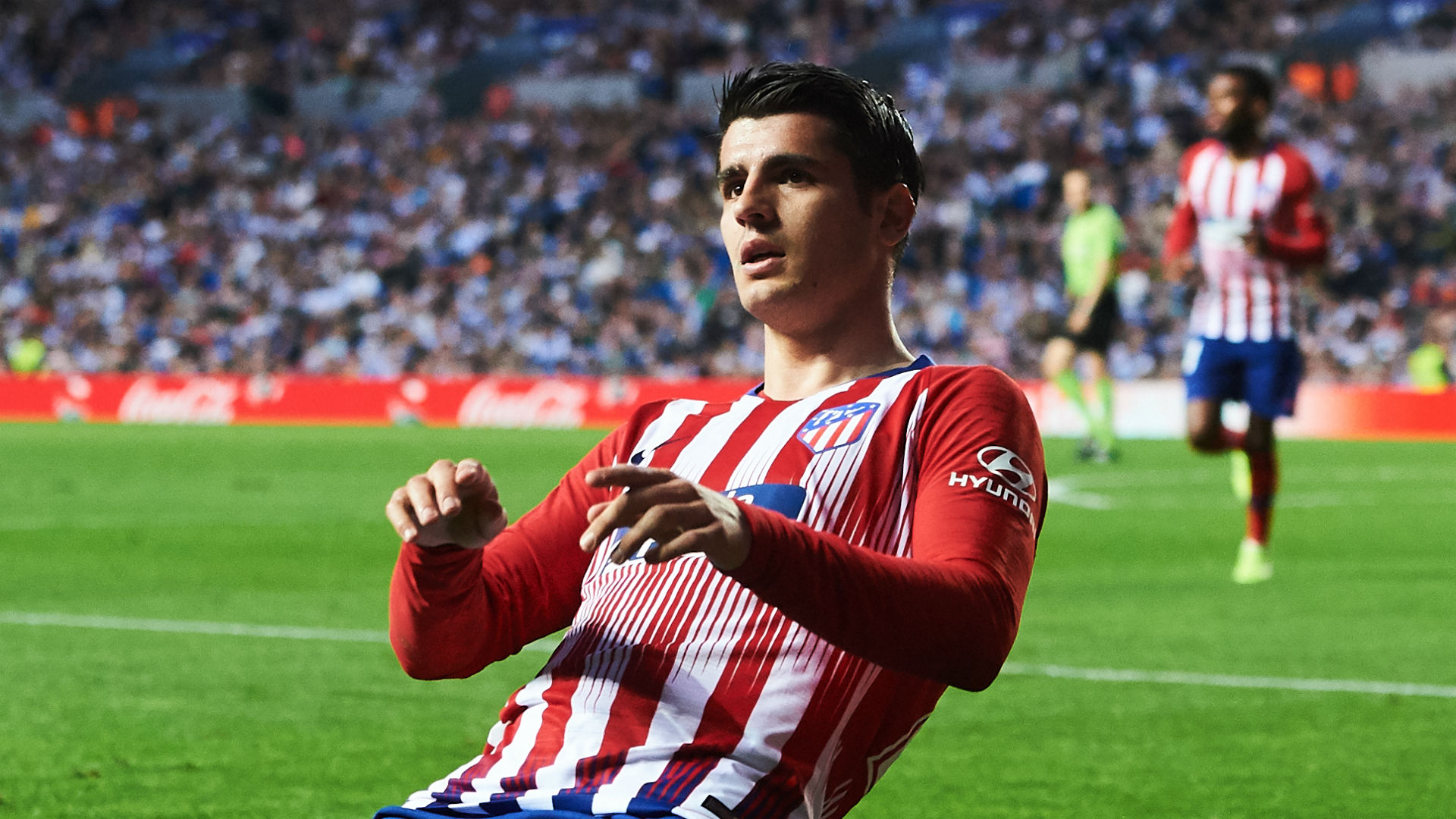 The Liga club will keep hold of the on-loan Chelsea striker, who initially linked up with them during the winter transfer window, until June 2020

Alvaro Morata is set to remain with Atletico Madrid through June 2020 with the club opting to pay €16 million (£13.8 million/$18 million) to continue the loan arrangement with Chelsea.

Morata originally joined Atleti in January, having fallen down the pecking order at Chelsea with Gonzalo Higuain entering the fold under Maurizio Sarri.

He originally signed for the Spanish club on a one-and-a-half year loan deal, with part of that agreement including a payment from Atletico Madrid that would see the club cover a portion of what Chelsea payed to sign the striker.

The club has all intentions of making that payment, which will come in the form of a €16m deal to keep the striker for another full season.

Atletico Madrid has until July 15 to make that payment, and the club could finalize the move even earlier than that.

There is still an option to make the move permanent going forward, as the striker has impressed club management during his return to La Liga.

Diego Simeone is thrilled with the Spaniard's performance, as Morata has provided six goals and an assist in 16 matches and 13 starts since joining the La Liga club.

Morata, who lowered his salary in order to facilitate the move to Atletico Madrid, had previously scored nine in 24 Chelsea appearances this campaign, with five of those coming in his 16 Premier League appearances.

But chances began to dry up and frustration began to mount as Morata struggled to find the back of the net with Chelsea, with Sarri even opting to play Eden Hazard centrally instead of going with the 26-year-old Spanish striker.

Sarri and Chelsea have no real desire to recall Morata, which the club could do before that July 15 deadline.

Instead, the Italian manager wants to keep both Higuain and Olivier Giroud with the club heading into the 2019-20 campaign.

Before they face that challenge, though, Chelsea will turn focus towards the Europa League final, where they will face Arsenal after concluding the Premier League campaign away to Leicester this weekend.

Atletico Madrid, meanwhile, face matches against Sevilla and Levante to finish the La Liga season with the club almost certain to finish second behind Barcelona.