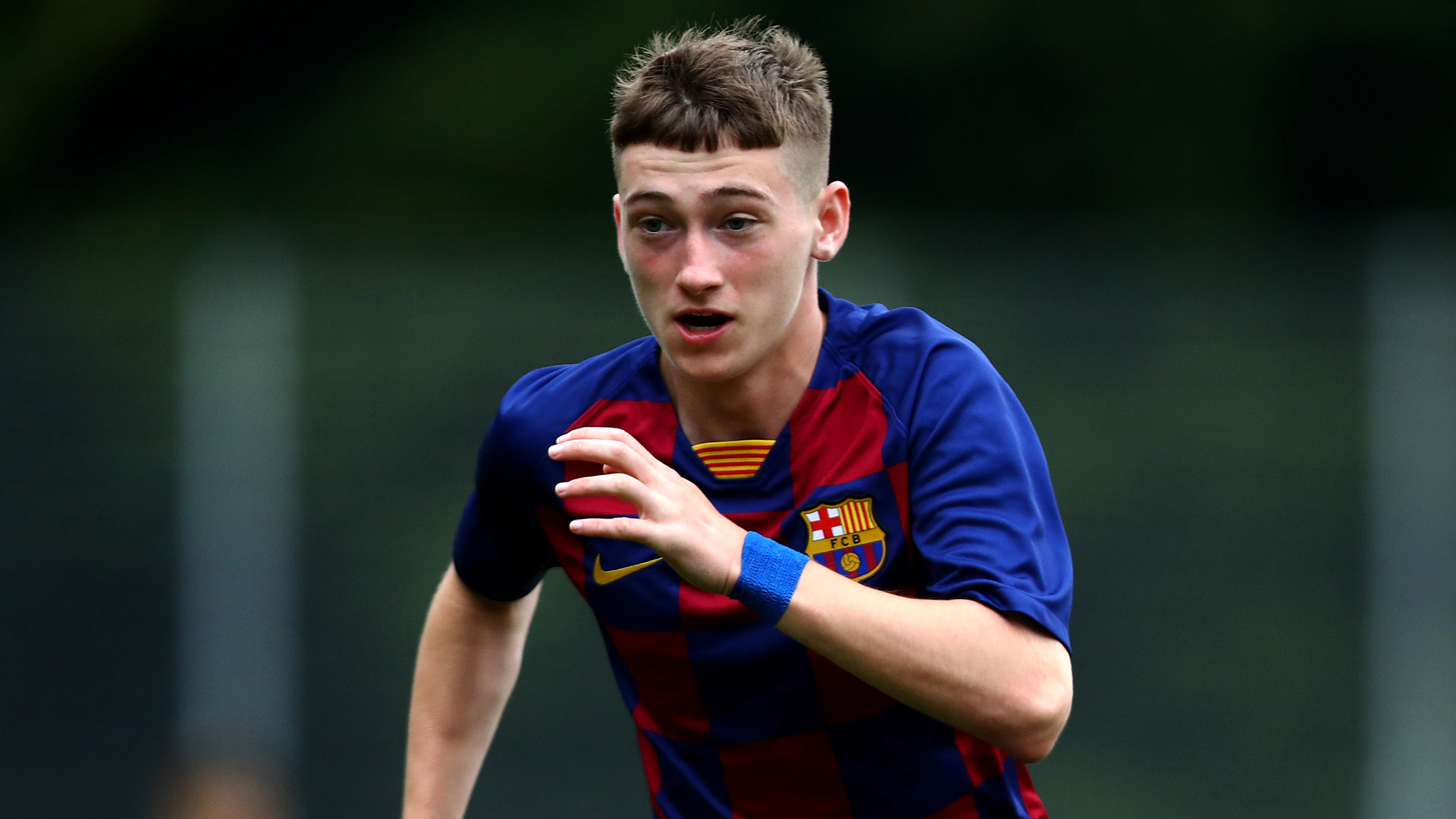 The 16-year-old joined the Catalan giants from West Brom back in July 2019 and featured for the Liga club in the UEFA Youth League.

He has been allowed to return to England, however, where he will link up with Aston Villa after the Premier League side paid Barca a fee of just over €1m.

“We’re delighted - Louie is a local person and his family are all Villa fans, as is Louie.

"He is still a very young man but as he’s developed, he’s always been one player that you always recognise as having outstanding attributes. He’s got a fantastic mentality, he’s desperate to do well for this football club.

"He’s really driven, he’s got great family support, but in terms of what he can achieve, we firmly believe that he can be an outstanding No.9 for this football club."

Indiana Vassilev, Cameron Archer and Jacob Ramsey have all made their first-team debuts for Villa in the 2019-20 campaign and Harrison thinks there's a clear pathway at the club that will help them attract top young talent.

He added: "It’s a significant thing that we’ve done but we have to get the programmes right and the pathways right for these players. We’ve laid down the foundations now.

"What it does show (the Academy players representing the first team) is that with the right attitude and application, what can be achieved in a short space of time."

It remains to be seen if Barry will be given first-team action in the remainder of the 2019-20 season, with Villa battling to avoid relegation from the Premier League.

They have been in decent form of late, however, and have lost one of their last four, beating Watford 2-1 in their most recent game in England's top flight.

Next up for Dean Smith's men is a Carabao Cup semi-final second leg against Leicester City, with the score currently level at 1-1 from the first leg.