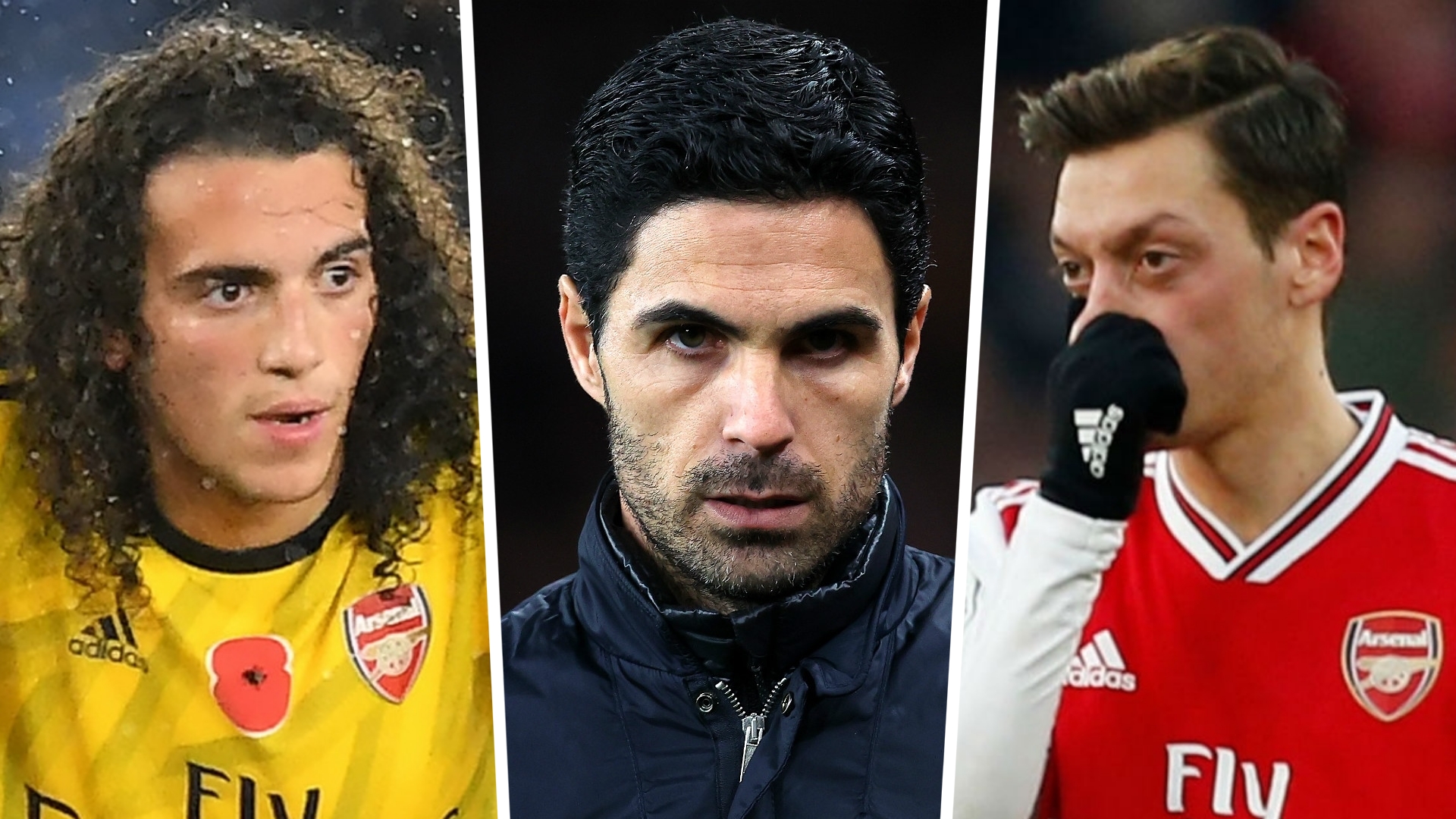 Mikel Arteta has spelt out exactly what it will take for Matteo Guendouzi and Mesut Ozil to force their way back into his plans at Arsenal.

Guendouzi hasn’t featured for Arsenal since the defeat at Brighton on June 20 when he clashed with Seagulls striker Neal Maupay immediately after full-time.

Ozil, meanwhile, has yet to make an appearance since the restart, although Arsenal insist the German has missed the last two games due to a back injury rather than being left out completely.

Previously, Arteta has said he will involve any player who was willing to ‘get on the boat’ and, having been pushed further, has explained exactly what that meant.

Arsenal’s head coach said: “Players that respect the values we want to implement, that they are 100 per cent committed to our culture, and players that are accountable every day for what we demand from them.

“Players that are ready to help each other, fight for each other and enjoy playing together. That is what I mean by being in the boat. If you behave like this every day, you are very, very welcome here and we want to get the best out of you and help you to enjoy your profession with us.”

When asked how he will judge whether players are living up to his expectations in training, Arteta added: “Now we don’t spend as much time [training] as we used to before, but you see that in every reaction of the player.

“What time he comes into training, how he comes, how ready he is, the way he communicates, the energy he brings in, the way he transmits his feelings to his team-mates, the way he reacts to certain things, the way he behaves in training, during games, there are a lot of things that we can pick up.”

Arteta is adamant that his door remains open to both Guendouzi and Ozil despite suggestions that the French midfielder has told Arsenal he wants to leave this summer and that the club would be open to sanctioning a move.

Ozil, meanwhile, still has a year left on his contract and has stated multiple times he will not leave north London until the end of his current deal.

“We all have moments when you have doubts about your future, you have difficult times and that is why the conversations have to be open,” said Arteta.

“You have to create an environment for the players so they can trust you, to express those feelings. Even with me.

“If you do that you are always willing to help them, to try to guide them, to give them clarity, direction and support when they need it to feel comfortable. Make them feel they are at the right place.”