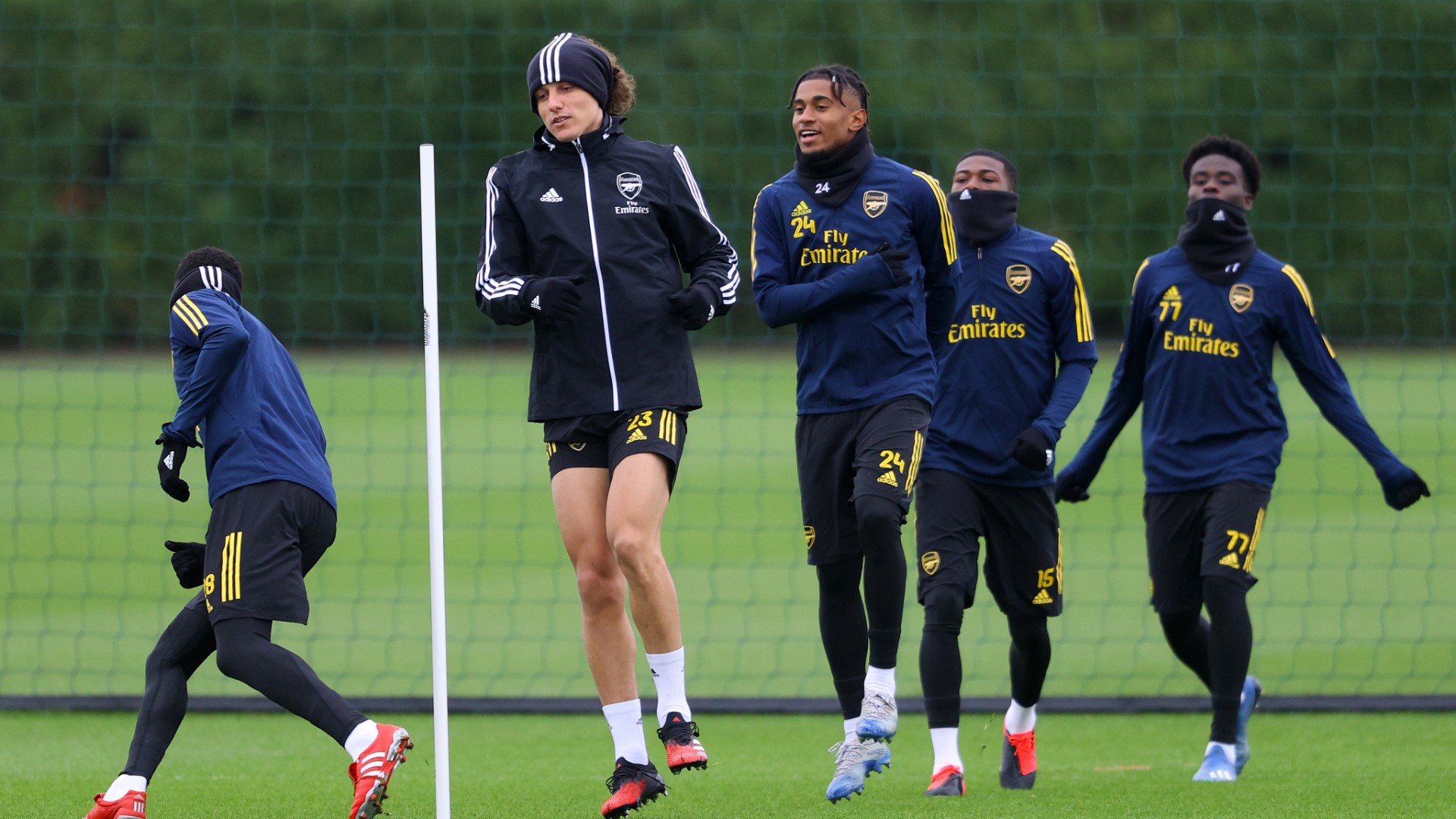 Arsenal are waiting for the government’s announcement on Sunday about easing lockdown guidelines before stepping up plans for a return to training.

Currently, the majority of Mikel Arteta’s squad are using the club’s London Colney training base to maintain their fitness levels - but are doing so with strict rules in place to ensure they do not come into close contact with any of their team-mates or coaching staff.

Players are given a specified hour-long time slot in the day when they are allowed to use one of the 11 pitches on-site at London Colney to go through a fitness routine that has been provided to them by the club.

No buildings on site are open and players must go straight from their car to the training pitch before returning directly to their car when their time slot is up and returning home, where they will shower and change.

Arsenal were the first Premier League club to allow their players back into their training ground to do fitness work during the coronavirus pandemic.

Players have been told the offer of using the facilities is voluntary and they do not have to take it up, but the vast majority have taken the opportunity to work out away from the public eye, rather than trying to run in their own neighbourhoods.

Arsenal are happy with how the plan - which has been in place for a fortnight - has worked so far, but have been busy preparing for the next phase in terms of a return to training.

Sources have told Goal that Arsenal are now 'ready' for that next phase, however, pushing forward with the plans rests on what the government has to say this weekend when it is expected to lay-out the roadmap for getting the country running again after the lockdown, which has been in place since Monday, March 23.

Prime Minister Boris Johnson will spell out the government’s vision for easing measures and getting the nation back to work again on Sunday and Premier League clubs will then meet on Monday to try and find a collective way forward.

Talks over ‘Project Restart’ have been ongoing for weeks, with the Premier League hoping to start playing again in June - although exactly how things will work remain unclear.

Those talks, which will include Arsenal’s head of football Raul Sanllehi and managing director Vinai Venkatesham, were due to continue on Friday - but that scheduled meeting between the clubs has now been pushed back to Monday so they can dissect what the government had to say over the weekend.

How a return to training is managed is expected to be one of the main topics of the discussion, with players initially set to work in small groups together away from other team-mates and with contact prohibited.

All players will be subject to regular coronavirus tests, with the Premier League confident of securing enough privately funded test kits to ensure football can return without it having an impact on the NHS and the health needs of the public during the pandemic.