Arsenal have secured the biggest sleeve sponsor deal in Premier League history after 'Visit Rwanda' was announced as the club's official Tourism Partner.

The Gunners are closing the commercial gap on their competitors with recent new deals, which include a five-year extension to their long running shirt sponsorship deal with Emirates and also becoming the first club to partner a cryptocurrency.

As part of the deal, Arsenal players from the men’s and women’s teams will visit Rwanda and club coaches will host coaching camps to support the development of the game for boys and girls in the country.

Rwanda president Paul Kagame is a diehard Arsenal fan and regularly offers his opinions about the club on social media.

The previous contract with Emirates didn’t allow Arsenal to negotiate a separate sleeve sponsor deal but a recently signed extension gives the Gunners added freedom to increase their revenue possibilities. 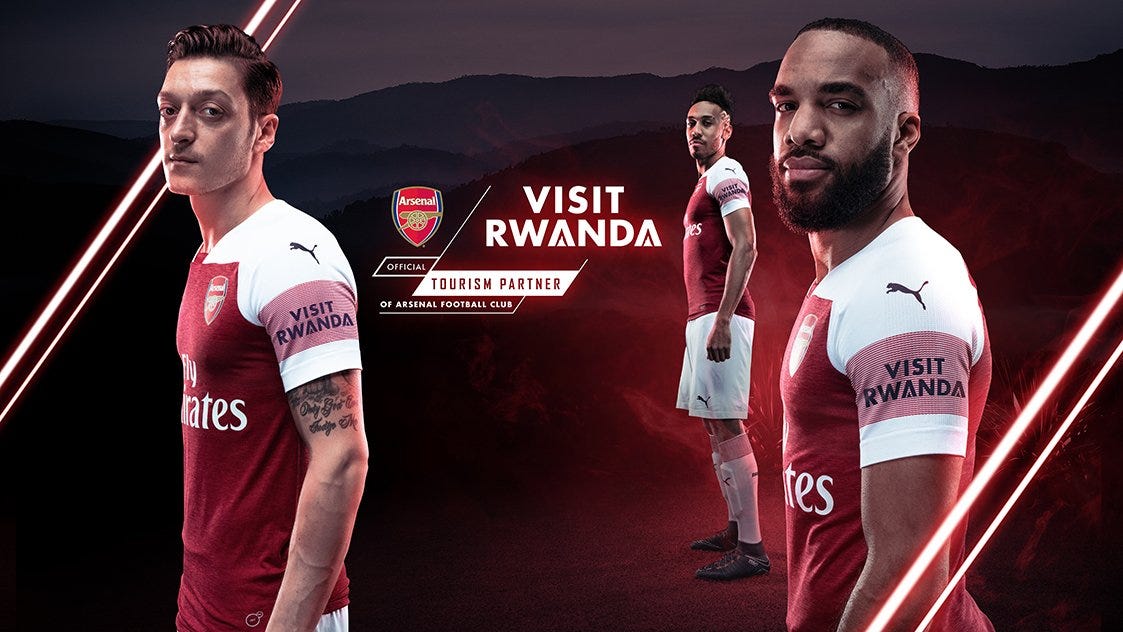 Arsenal’s extension with Emirates, a partnership which began in 2006, is worth in excess of £200m ($266m) and will see the Emirates name branded on the shirts and kits until the 2023-24 season, while the Emirates Stadium name will remain the same until 2028.

Meanwhile, discussions are underway for a new kit sponsor from the 2019-20 season with the Puma deal expiring at the end of next season.