Arsenal are attempting to tie down two of their brightest young talents amid interest from Bayern Munich.

Teenagers Tyreece John-Jules and Xavier Amaechi are wanted across Europe, with several Bundesliga clubs keeping close tabs on the pair.

The Gunners are well aware of the interest from abroad and Goal understands contract talks are now underway aimed at securing both to long-terms contracts, with their current deals due to expire in 2020.

But Arsenal know that they will need to demonstrate that there is a clear progression plan for both to convince them that staying in north London will be best for their career.

The Gunners have arguably the most talented crop of youngsters in a generation progressing through the academy at Hale End, with Amaechi and John-Jules joined by the likes of Bukayo Saka in following in the path recently trodden by Reiss Nelson, Emile Smith Rowe and Joe Willock.

But Premier League clubs are finding it increasingly difficult to keep hold of their rising stars, with teenagers in academies now being actively targeted by Europe’s top clubs.

Whereas previously most of the young talent in England would have been patient and waited for a chance with the first-team, they are now willing to moving abroad where they believe they have a far greater opportunity at getting regular game time in senior football. 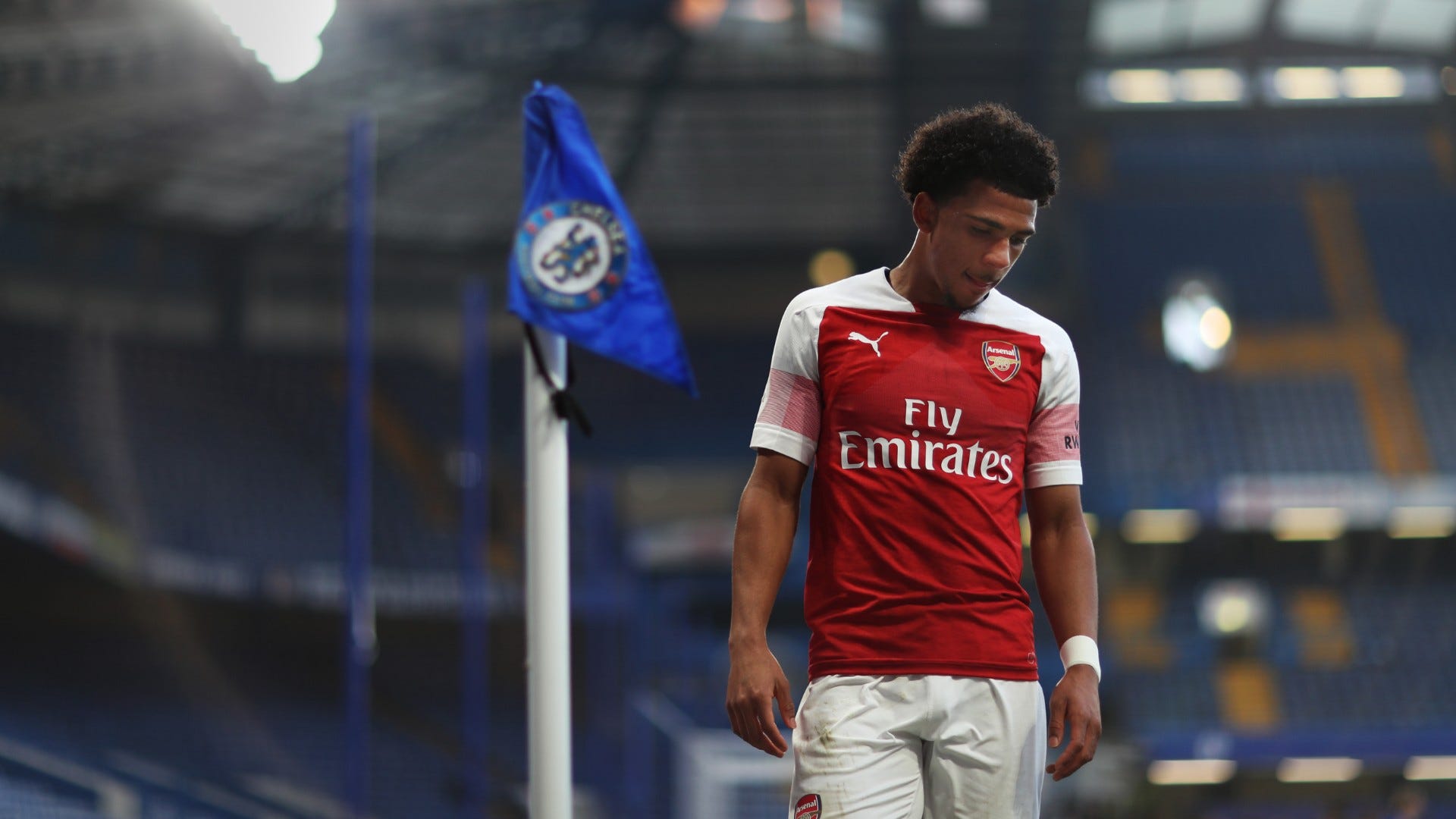 Jadon Sancho is seen as the flag bearer and the success he has achieved since leaving Manchester City and signing for Borussia Dortmund has tempted others to follow suit.

In recent seasons Arsenal have lost Chris Willock to Benfica, Stephy Mavididi to Juventus and Marcus McGuane to Barcelona.

And with widespread interest in John-Jules and Amaechi, there is a very real chance they could lose two more of their emerging talents unless they can convince them that their futures are best served in north London.

Amaechi, who trained with the first-team on Wednesday at London Colney, is wanted by Bayern Munich. The German giants believe the 18-year-old winger has the potential to enjoy the sort of success Sancho has with Dortmund in the Bundesliga.

And John-Jules is viewed by many as a rare commodity in the modern game, given he is coming through as an out and out No.9.

Unai Emery took both players away with the first-team in March for the warm-weather training camp in Dubai in a bid to show they were part of his plans going forward. 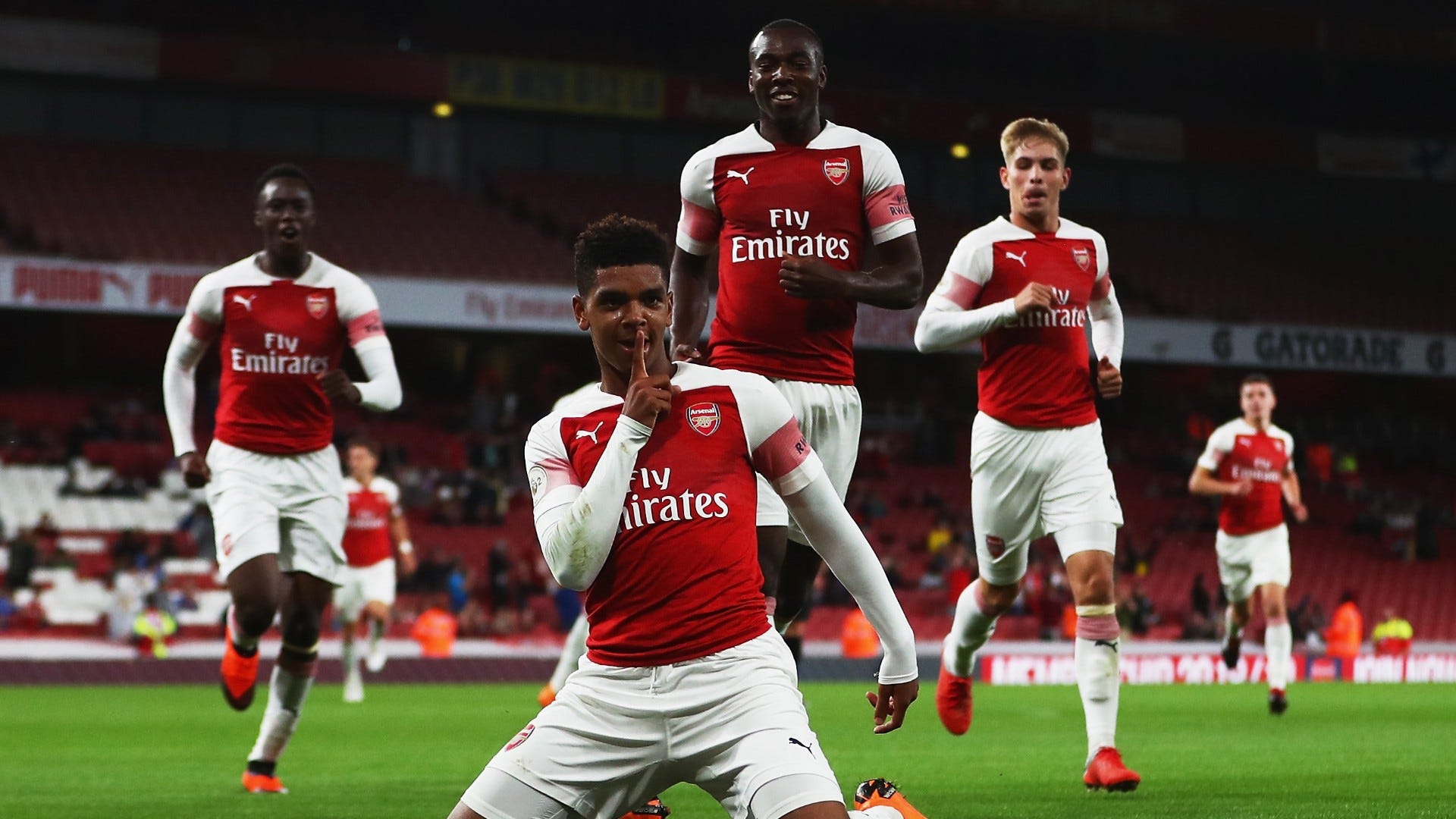 The teenage duo were actually supposed to be away with England at the time, but were given permission to remain with Arsenal after the Gunners requested they were allowed to travel to work with Emery and the first-team.

Ameachi started the friendly game with Al Nasr before John-Jules showed his ability in front of goal by the scoring what proved to be the winner in the 3-2 victory having come on as second-half substitute.

Speaking after that win in Dubai, John-Jules said: "It was an amazing feeling. I’ve been looking forward to this moment all my life, so I’m just happy that it’s actually come off.

"It’s been an amazing experience. It’s been about getting to know the players. The game’s a lot quicker than under-23s football though and it’s going to improve me as a player.

"It’s about taking it all in and trying to go again. Hopefully I’ll get anther chance."

In all competitions across youth levels this season, John-Jules has scored 16 goals in 29 appearances for Arsenal. Amaechi, who missed three months due to a broken metatarsal sustained while playing for England, has four goals and five assists from 14 outings with Freddie Ljungberg’s Under-23s.