Michael Essien believes that Thomas Partey is a great signing for Arsenal, arguing that his fellow Ghanaian is precisely the kind of player the club has needed since the tail end of the Arsene Wenger era.

The Gunners signed Partey from Atletico Madrid for £45m ($58m) just before the close of the summer transfer window and the 27-year-old has impressed in his first three performances for Mikel Arteta's struggling side.

Essien is not in the least bit surprised that his compatriot already looks at home at the Emirates, as the former Chelsea ace says Partey is the kind of all-round talent that Arsenal have long lacked in midfield.

"I know him, I have seen him play a couple of times and we do talk now and then," the 37-year-old Essien revealed in an interview with Goal. "If he has any questions, he can always contact me for my thoughts – except when he plays Chelsea.

"But I wish him well and I am looking forward to seeing him do very well for Arsenal. They have made a great signing by bringing my countryman to take on the Premier League.

"He is more of a typical No.6 than me. He is very good on the ball, wins duels, has good speed, reads the danger well and he is a very complete midfielder.

"When I arrived in England, Arsenal were very tough, with Gilberto Silva and a great midfield, so it was a tough team to play against. But I think the Arsenal I played towards the end of my career could have done with a player like Thomas Partey.

"I think it is a great move for him too, though. Arsenal is a great club. The Premier League is also brilliant, so it will help him to improve his game as well." 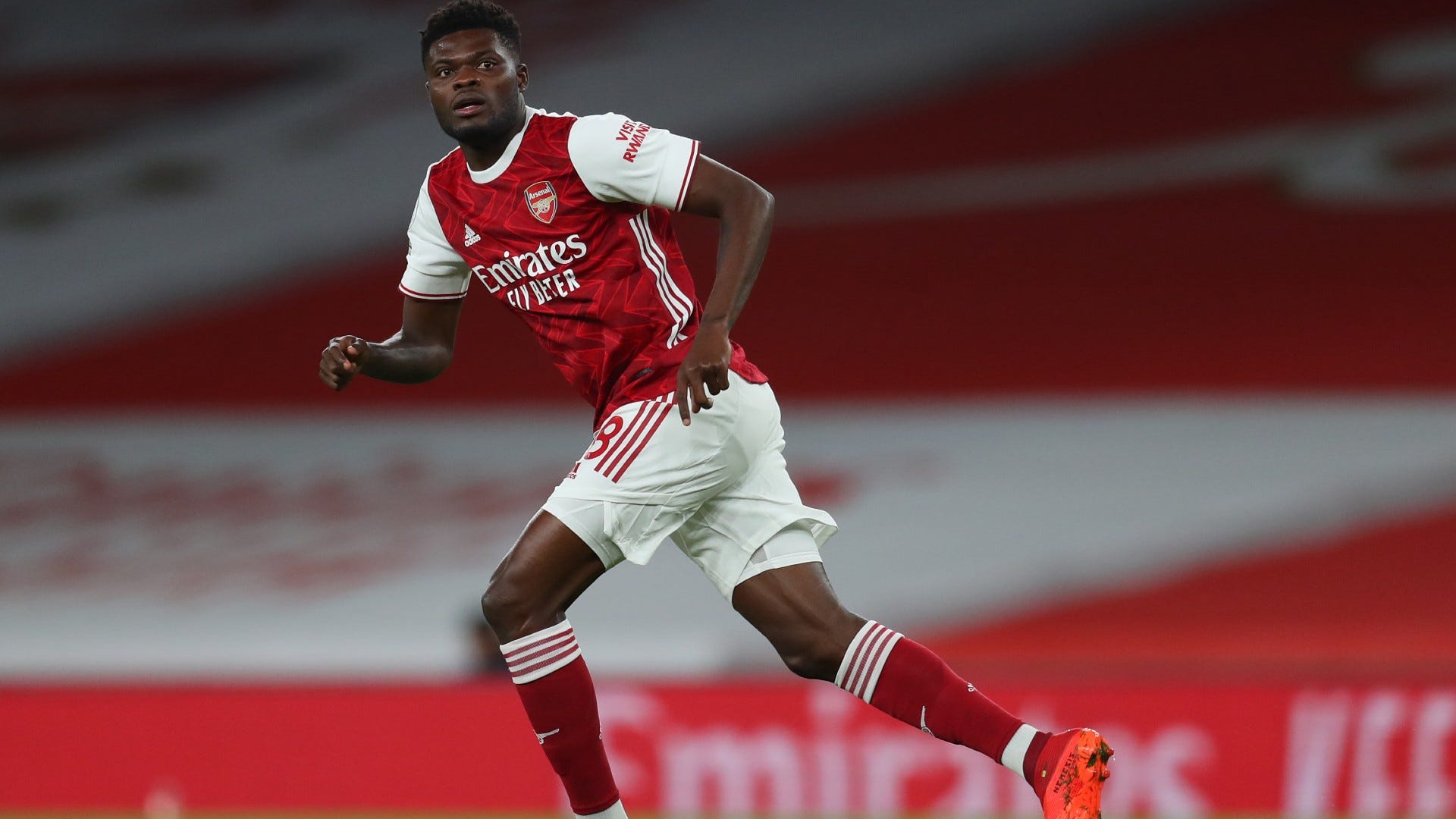 Partey is expected to make his third consecutive start in all competitions when Arsenal travel to Old Trafford on Saturday to face Manchester United on Sunday.

Essien, of course, enjoyed many great battles with the Red Devils during his time on Chelsea's books between August 2005 and January 2014.

However, the former Ghana international could have been on the other side of one of the fiercest rivalries of the Premier League era had he not been blocked from making an even earlier move to England.

"I had the chance to go to Manchester United when I was 17," he explained. "I went twice for trials and I passed them. But I couldn't get the work permit.

"I went to France instead and when I came to Chelsea, I had Man United after me as well, but only Chelsea could afford me in the end.

"So, that's what happened and Jose Mourinho was very persuasive in the end, anyway!"

Essien enjoyed an excellent working relationship with former Chelsea boss Mourinho, who brought him to Stamford Bridge before later taking him on loan during his time in charge of Real Madrid.

However, Essien also played under the likes of Guus Hiddink and Carlo Ancelotti, so perhaps it is no surprise that he is now taking his first steps into the world of coaching as a player-assistant at Danish Superliga outfit FC Nordsjaelland.

He no longer gets as much time to watch as much Premier League football as he used to but he continues to keep a close eye on some of the managers plying their trade in England's top flight.

"I played a lot against Mikel Arteta when he was at PSG and I know him quite well," he added. "So far, he is doing a good job at Arsenal, he needs to keep going and it is good for the game to see good young managers like him.

"I don't watch a lot of football nowadays, as I am busy learning the job and a new league myself.

"But Liverpool have a great coach in Jurgen Klopp and I love seeing what my former manager Carlo Ancelotti is doing with Everton."