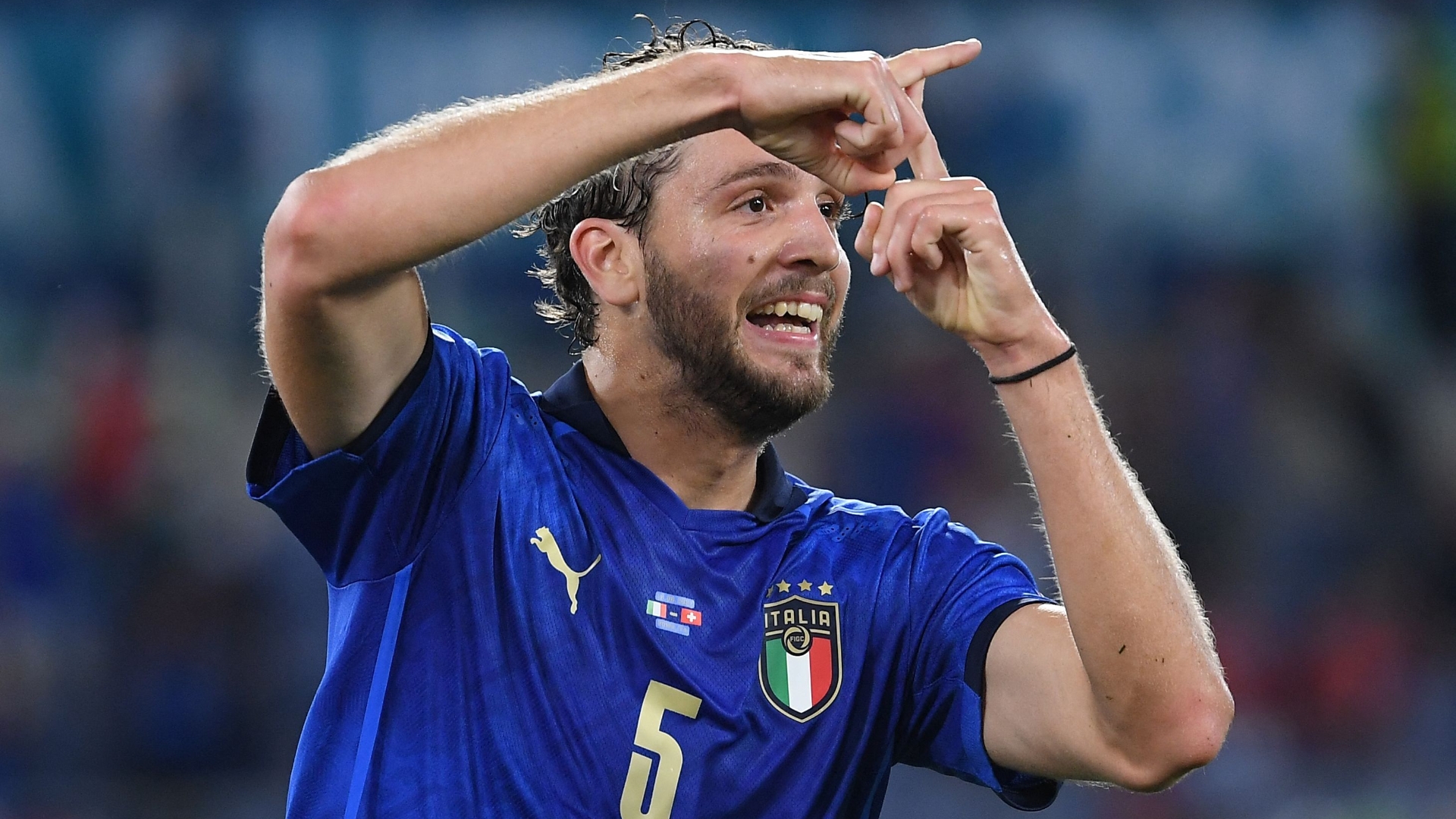 Arsenal have lodged an official bid for Sassuolo star Manuel Locatelli, according to the Serie A club's CEO Giovanni Carnevali.

The Gunners are "pushing hard" for Locatelli amid his strong Euro 2020 campaign with Italy.

However, Juventus are also after the midfielder and have a meeting scheduled with Sassuolo to discuss a potential deal.

“Arsenal have made an official bid for Locatelli," Carnevali told Sky Sport Italia. "They’re pushing hard to sign Manuel and it’s an important bid. We will see.

"Also Juventus want Locatelli and we’ve a special relationship with them. We’ve a new meeting scheduled with Juve.

“We are trying to leave the lad calm, so I haven’t spoken to him or his agents yet. We can think about Locatelli’s future, but above all we care about his present and that means Italy doing well at the Euros."

How would Locatelli fit in at Arsenal?

While the 23-year-old often plays defensive midfield at club level, he has playmaking skills that enabled him to fill in a more free-wheeling role with Italy when asked to cover for Marco Veratti early in the Euros.

His best game came against Switzerland, when he bagged two goals in a 3-0 group stage victory.

The Gunners have been rumoured to be on the brink of selling Granit Xhaka, and if that proves true Locatelli would likely be targeted as his replacement.

Last season, Locatelli ranked among the best midfielders in Europe's top five leagues for passes attempted per game, pass completion percentage, progressive passes and progressive carries. Those are the four categories Xhaka has been best at throughout his career.

The Sassuolo man began in AC Milan's academy, making his Serie A debut in 2015-16 as an 18-year-old, but he's taken off since leaving the Rossoneri, as increased playing time has enabled him to flourish and become a national team regular.