Arsenal goalkeeper Runarsson '100 per cent' up for challenge of ousting Leno as No.1 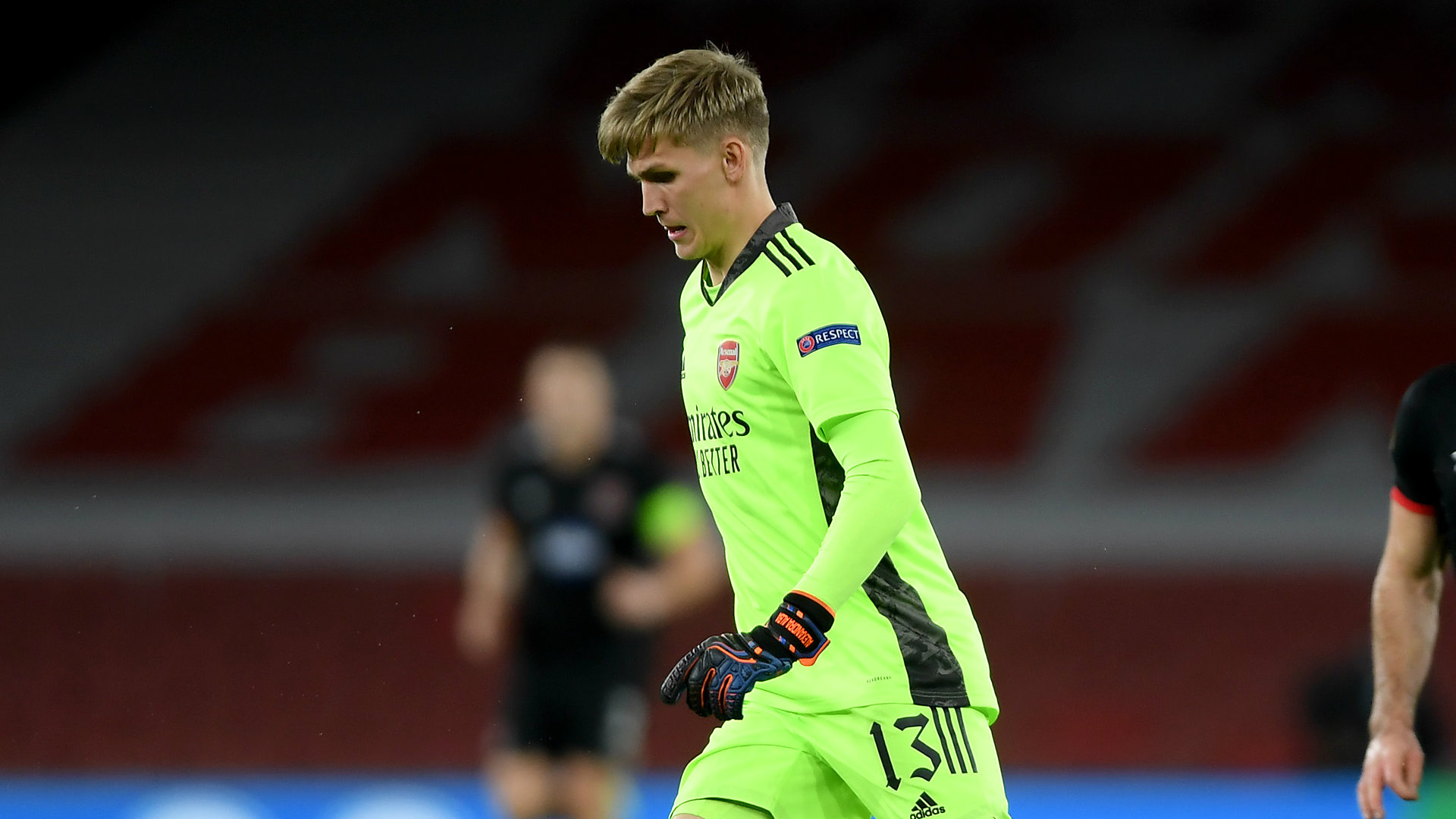 Arsenal goalkeeper Runar Alex Runarsson says he is “100 per cent” ready to challenge Bernd Leno for the No.1 shirt at Emirates Stadium.

The 25-year-old joined the Gunners from Dijon ahead of the 2019-20 season as a replacement for Emiliano Martinez, who left for Aston Villa in search of more regular first-team football.

The Iceland international has made just two competitive appearances for the club so far, both in the Europa League, with Leno the undisputed first choice of head coach Mikel Arteta.

Runarsson, though, insists he is not just in north London to make up the numbers and is ready to push Leno for a regular starting spot.

“That should be the mindset for everyone, that you want to play,” he told reporters.

“It doesn't matter what position you play. Maybe as a goalkeeper it's a little bit different but definitely you have to have the mentality to push to become No.1.

“If it happens in one week or one year that always has to be your mentality otherwise you're in the wrong profession I think.”

Asked whether he was capable of challenging Leno for a starting spot, Runarsson added: “Yes, 100 per cent. Otherwise I wouldn't be playing for this club.

“I have to have this mentality that I can play and I have to believe it.”

One thing Runarsson is yet to experience is playing in front of the Arsenal fans, with matches in England so far this season played behind closed doors because of ongoing coronavirus restrictions.

That will change on Thursday, with the Gunners set to welcome 2,000 supporters through the turnstiles for their Europa League clash with Rapid Vienna thanks to a relaxing of government regulations.

Though it is a long way from the 60,000 who usually attend the Emirates, Runarsson feels it is an important first step after nine months of empty stadiums.

"I believe it's going to be a big change. It's always better to have some fans than no fans,” he said.

“I believe they can help us a lot in getting results and getting the extra five per cent we need to win the games. As I said we'll see tomorrow how big the impact will be but I believe they will be a huge help.

“It's not the same environment with or without fans. You can see that in the results as well. There's never been more away wins in Premier League history. That shows how important the fans are and I hope it's going to help us tomorrow night.”