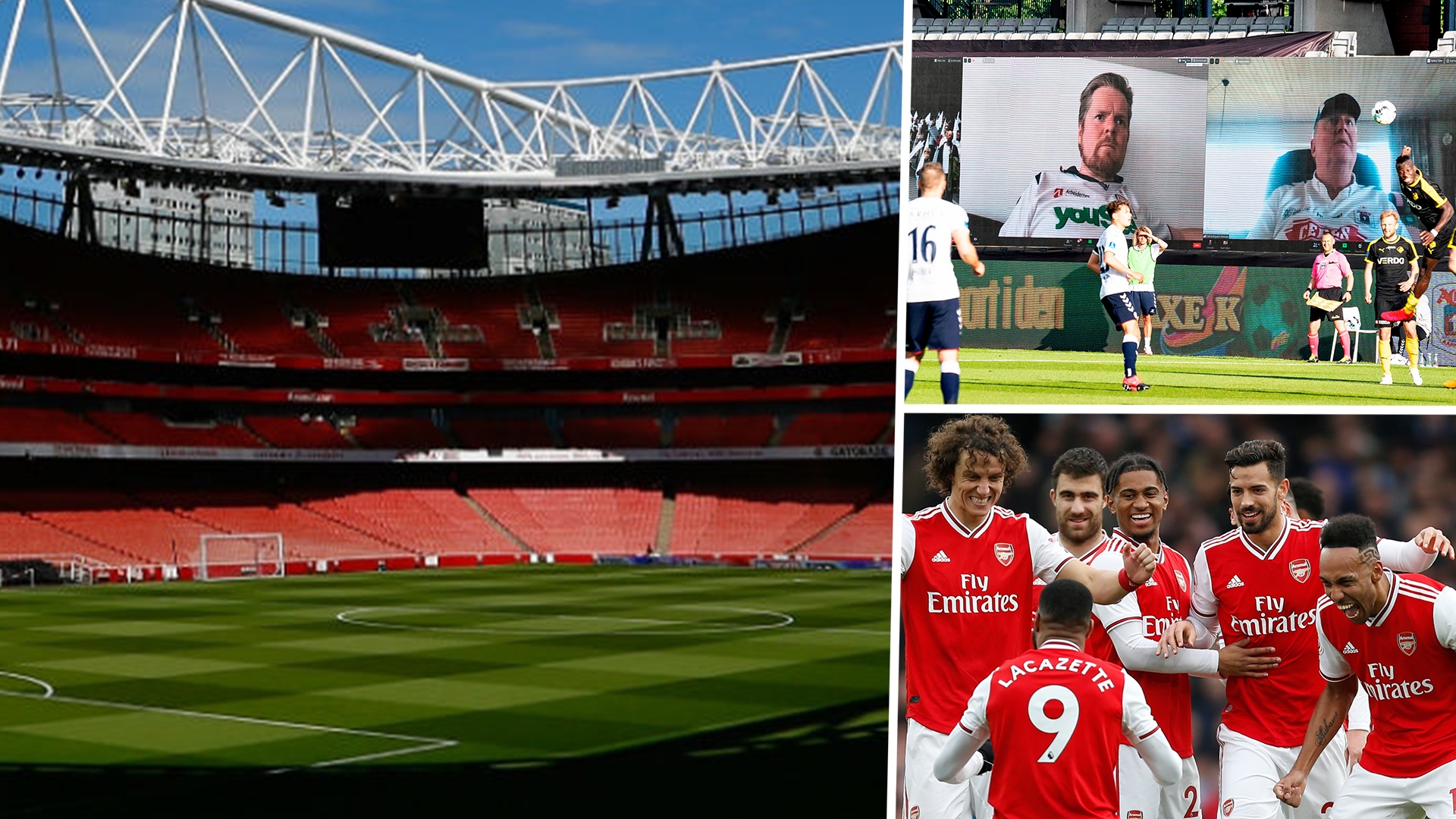 Arsenal are looking into "multiple" options as they explore ways of bringing their fans into Emirates Stadium for matches once the Premier League resumes behind closed doors.

Mikel Arteta’s side are due to restart their league campaign on June 17 with a fixture against reigning champions Manchester City.

The Premier League have yet to officially announce the schedule for the matches following the game at the Etihad Stadium, but Arsenal have four home matches still to play, against Norwich, Leicester, Liverpool and Watford.

And before they get underway, the north London club’s hierarchy are discussing ways to still have their fans involved, even though the matches will be staged behind closed doors due to the coronavirus pandemic.

Various options are being discussed, one of which is to beam fans who are watching the games live at home onto big screens inside the ground via Zoom.

Danish side Aarhus used this option during their Superliga clash against Randers, with fans shown on screens around the stadium and their shouts and chants broadcast through the PA system.

Arsenal insist they have not spoken directly to Aarhus about their experience, as has been suggested, but admit they are looking at different options to allow their supporters to still be involved on a matchday.

During a recent survey, the Arsenal Supporters’ Trust asked their members how Premier League clubs should recognise fans during behind-closed-doors games and the most popular option was covering empty seats with banners and signs.

Based on the average score of all responses, that option received 65 out of 100, with online fan hang-outs the second most popular, scoring 51/100. The option of fans watching via Zoom on big screens around the pitch was third in the vote, with a score of 46/100.

The least popular option, scoring just 24/100, was having computer-generated fans used in the grounds.

Interestingly, when asked what they would prefer to listen to during TV coverage of the games, the overwhelming favourite was the actual sound of the match (68%), rather than added crowd noise (32%).

Meanwhile, Arsenal are hoping to stage at least two behind-closed-doors friendlies before their game at Manchester City on June 17. The Premier League have given clubs permission to play friendlies before the competitive action starts again, but strict guidelines must be followed.

Teams are not allowed to travel further than 90 minutes for a game and players must make their own way to the match, rather than travel together on a club coach. West Ham are believed to one of the teams Arsenal could meet during the next fortnight.