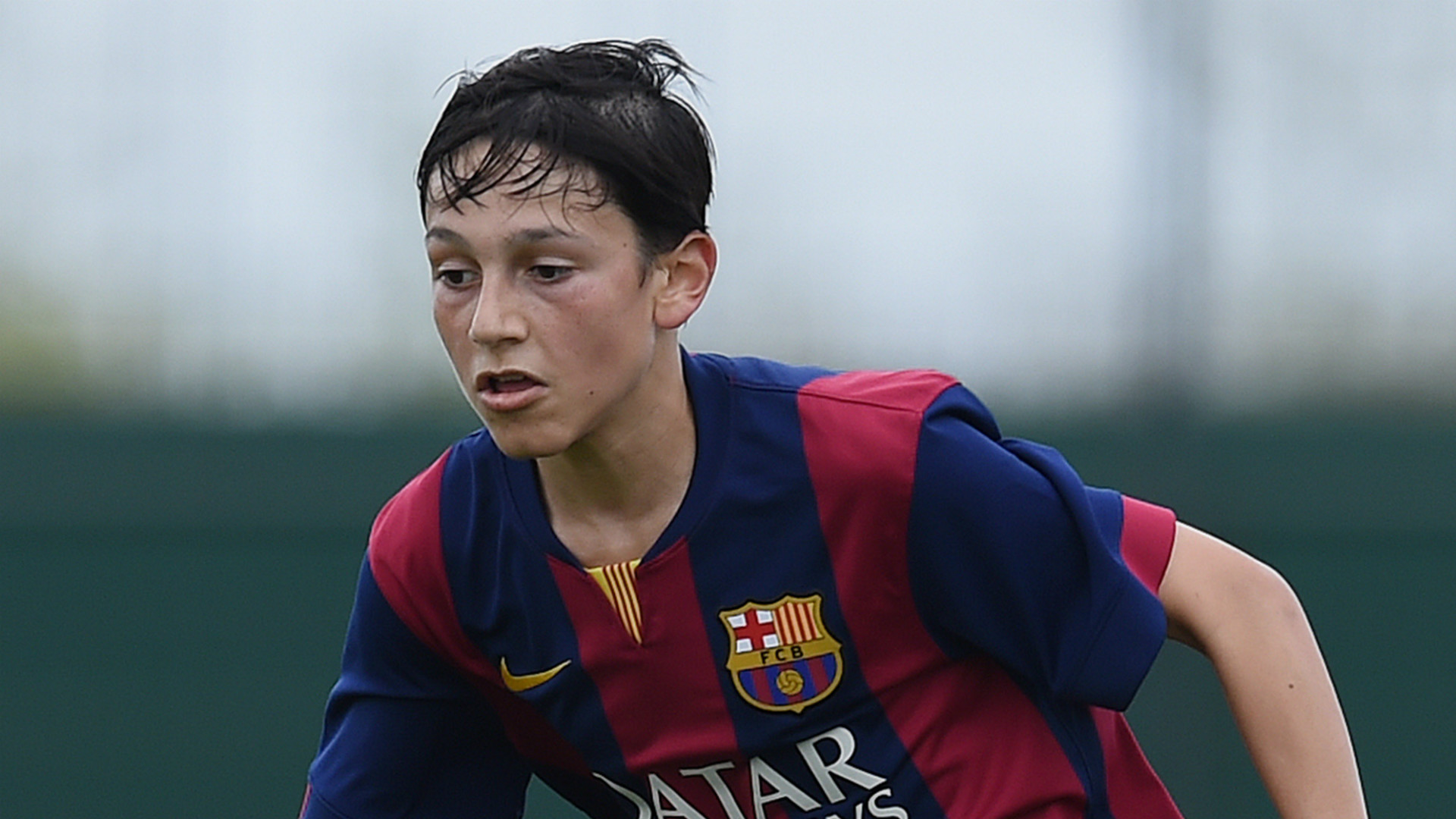 Arsenal are close to completing a move for Barcelona youngster Joel Lopez after fighting off interest from Premier League rivals Liverpool.

The 15-year-old Cadete A left-back has been at the Catalan giants since the age of seven and is described by reports in Spain as a 'mature, attacking full-back who can be used as an offensive weapon'. Lopez is expected to join on schoolboy terms before signing a professional contract when he turns 16 next March.

Raul Sanllehi, Arsenal's head of football relations who left Barcelona to join the Gunners at the start of the year, is likely to have played a part in persuading Lopez to sign for Arsenal over Liverpool in a deal which will only cost the Gunners training compensation.

Former Gunners boss Arsene Wenger famously handed first team opportunites to a number of youngsters during his 22 years at the helm in north London but it remains to be seen how incoming boss Unai Emery plans to utilise the academy players at his disposal, having given several chances to starlets throughout his two year spell at PSG.

Per Mertesacker, who has been working as a de facto head of academy before taking up the role officially this summer, will work closely alongside new head of recruitment Sven Mislintat, who was responsible for scouting and signing 20-year-old Greek defender Konstantinos Mavropanos from PAS Giannina in January.

A number of academy players have made the grade at Arsenal in recent seasons including Hector Bellerin, Alex Iwobi, Ainsley Maitland Niles and Reiss Nelson, all of whom have gone on to make first team appearances at Emirates Stadium.