Los Blancos have become worryingly reliant on the French forward for goals and assists, with many of his team-mates contributing little to the cause

Real Madrid are one Karim Benzema injury away from a crisis.

Yet even with the sublime Frenchman fit and firing, and arch-rivals Barcelona attracting attention down in the dumps, nerves have frayed in the Spanish capital.

Carlo Ancelotti’s side suffered a frustrating goalless draw at home against Villarreal, who might even have won the game, before going down at home embarrassingly against minnows Sheriff in the Champions League.
The Moldovan minnows recorded a historic 2-1 victory before a bemused Santiago Bernabeu crowd.

Madrid suffered a defeat by the same scoreline away at Espanyol afterwards, their first loss in 25 La Liga games. It has been a chaotic opening to the season for Los Blancos.

An early slew of wins seemed to get Ancelotti’s second spell at the helm off to a good start but under closer analysis, cracks appear.

They needed two late goals to snatch a win at Valencia from the jaws of defeat, while Rodrygo’s 89th-minute winner at Inter gave them a vital cushion in Europe.

Had Madrid not left the San Siro with three points, the defeat by Sheriff would have led to calls for Ancelotti’s head already.

As things stand, it will go down as a humiliation but not a huge dent in their aspirations.

The Italian’s arrival to replace Zinedine Zidane was not greeted with much fanfare, as it seemed a stop-gap appointment with other preferred options unavailable. After all, Ancelotti’s time at Everton was largely uninspiring, tailing off after a strong start.

Some fear that decline has begun already in Madrid after an early run of fine goalscoring form, including a 5-2 win over Celta Vigo, a 4-1 triumph at Alaves and the 6-1 thumping of Real Mallorca.

Others point to the many injury absences in mitigation, although in recent years at Madrid, coaches just have to learn to live with it. 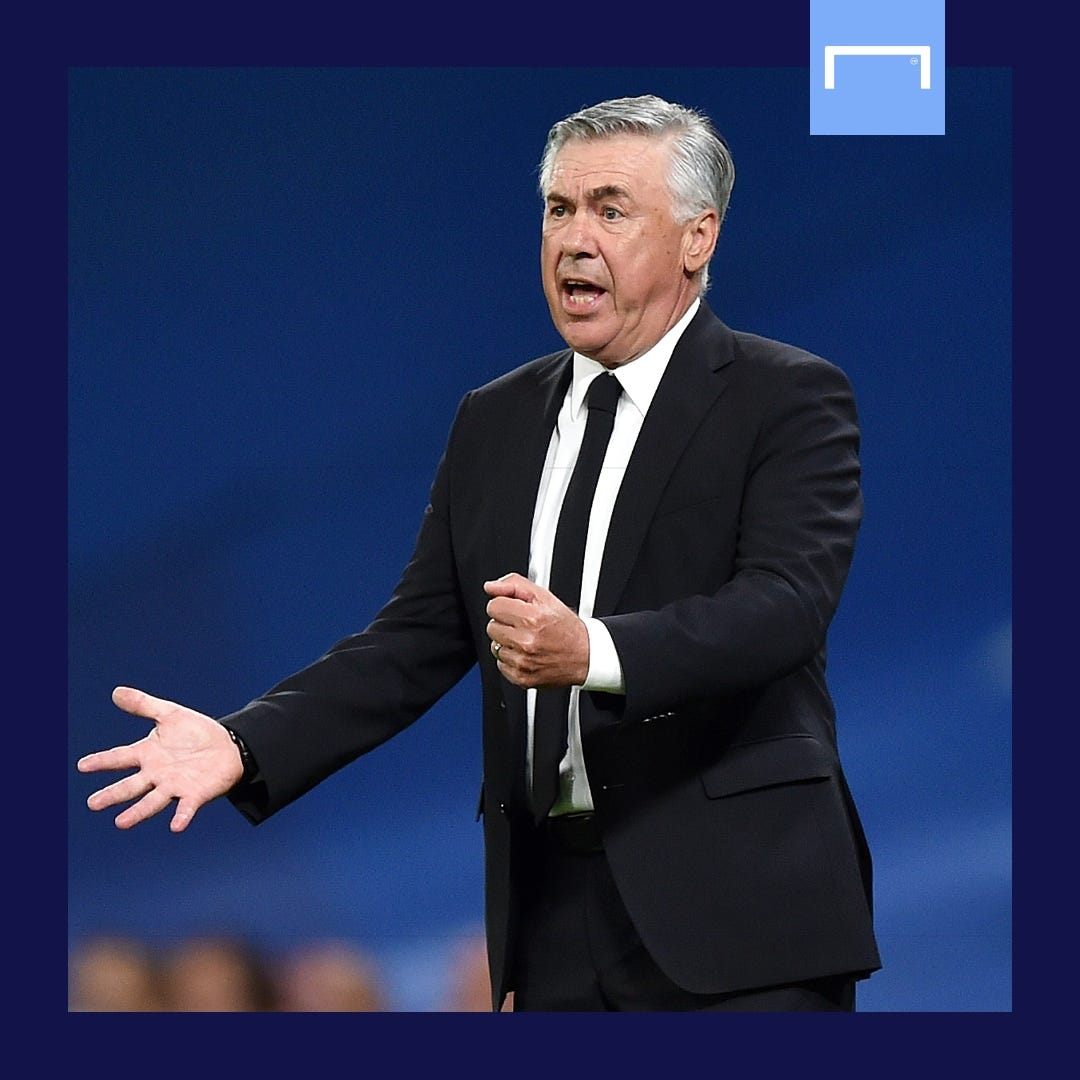 It hasn’t been an easy start for Madrid defensively, with both Raphael Varane and Sergio Ramos, their key defenders during the last decade, departing for Manchester United and PSG, respectively.

Nacho and Eder Militao shone at times last season when required but they have started the season shakily now that they are first-choice, particularly the Spaniard.

David Alaba is Madrid’s best central defender but also their best left-back, at least until Ferland Mendy returns from injury. Ancelotti doesn’t know where to deploy him, with Miguel Gutierrez promising but error-prone.

The coach has used six different defences in Madrid’s first 10 games of the season, chopping and changing, particularly in the full-back slots.

This instability has not helped matters, with the three clean sheets achieved so far mainly thanks to goalkeeper Thibaut Courtois’s heroics.

Elsewhere, Ancelotti’s tinkers have not been particularly convincing. Moving Marco Asensio to midfield yielded three goals against a dismal Mallorca but caused problems against Villarreal, with Madrid unable to control the game.

The coach started the season with Gareth Bale in the side and Vinicius Junior sidelined, but the Brazilian played his way in, without being able to maintain his form. Eden Hazard, similarly, has shown flashes of class but remains unable to stay fit.

Eduardo Camavinga has been an exciting watch so far after arriving from Rennes but has no clear position in the team, and there have been teething problems with bringing him, Asensio and Fede Valverde into a midfield trio which has been established for years.

Quite literally in the case of Casemiro, missing Brazil’s games with a dental infection, while he has started the campaign in his worst form since his early days as a midfield hatchet-man.

“Ancelotti is living with tension these days at Valdebebas,” wrote Marca earlier this week. 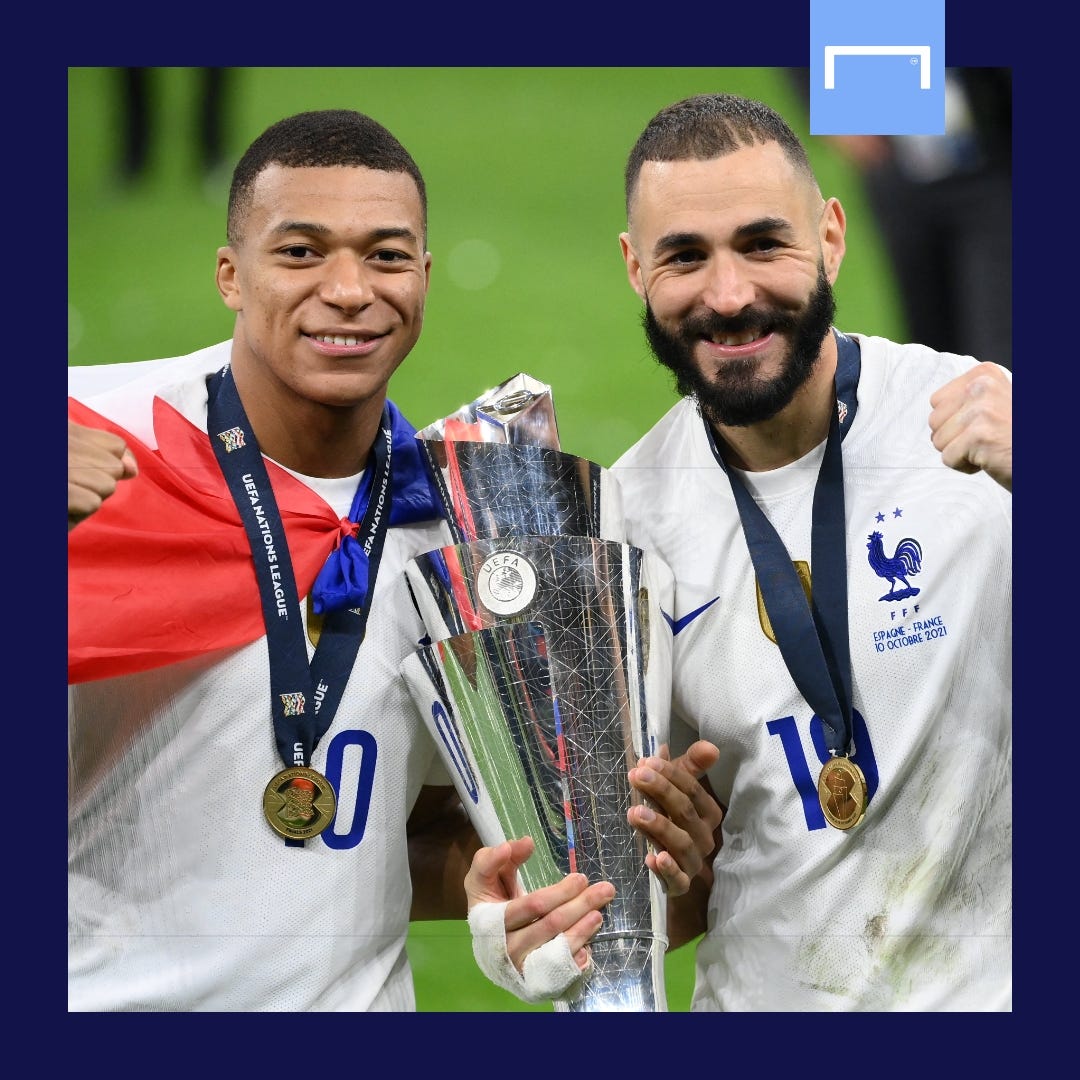 Most of his squad are away on international duty, while Dani Ceballos, Dani Carvajal, Bale, Isco, and Mariano are also out injured.

Madrid have no match next weekend because their clash with Athletic Club is postponed due to Covid protocols affecting their South American players, so effectively the team have a three-week break.

However, because Ancelotti has so few players at hand, it might not prove to be particularly productive.

“We should reflect on why the team has changed its attitude,” said the coach. There’s certainly plenty of time for it now.

Time, also, to wonder about how Kylian Mbappe might fit in next season. The PSG striker is heavily linked with Madrid, has refused to pen a new deal in Paris, and ‘speaks Spanish perfectly’ according to his new team-mate Lionel Messi.

There is a danger that this turns into a season of waiting for Madrid, which could be affecting their focus. Fans purred over the Frenchman’s winning goal against Spain in the Nations League final on Sunday night, as well as his link-up with Benzema.

The Madrid striker scored a brilliant equaliser against Luis Enrique’s La Roja and has nine to his name in La Liga thus far, the division’s top scorer.

Benzema has been crucial in Madrid starting the season well, as he is also the top assister in the division with seven in eight games.

It has been his form that has kept Madrid joint-top on 17 points after eight games, with Atletico Madrid and Real Sociedad. The table looks satisfactory for Ancelotti & Co. for now, but nobody will deny there is unease about recent results and performances.

Should Benzema fall injured, it would be a quick descent unless everybody else sharpens up.