The man who initially could no harm at Selangor has left acrimoniously this season. Is Amri Yahyah deserving of the Selangor legend status?

Throughout the ongoing movement control order (MCO) period in Malaysia, during which no football activities can be held, Selangor's social media team held a poll among its fans in order to fill the lull.

The 33-time Malaysia Cup champions asked its fans to decide on its greatest modern era striker, via a series of head-to-head polls, out of a pool of eight strikers that has played for the club since the 1990's.

After weeks of polling, the final showdown came down to two players; Azman Adnan, who played for Selangor in three stints in the 90's and the early 2000, and its once golden boy; 39-year old Amri Yahyah.

Last Friday, the result of the final polling was announced, with the result a closely-contested affair. While Azman received 1,936 votes, Amri was the winner, with 2,086 votes.

The netizens have spoken. Amri Yahyah is the most popular modern Selangor striker voted by #RedGiants fans. Take a bow, Wak Am!

Curiously, not many Selangor fans agree with the result. The Twitter post announcing the poll result, for example, was rife with Red Giants fans who begged to differ in their replies, using tellingly sarcastic and strong language. These are just some of the replies, translated into English:

"Favourite moments? When he left Selangor to join JDT, and when he left a second time to join Sarawak United."

"Best moment is when he said 'Selangor won't win when they face the team that I join.'"

"I remember the time he celebrated his goal for JDT against Selangor with a jig."

"He's not my favourite player."

"The younger fans have never seen Azman play with their own eyes, of course they voted for Amri."

"How on earth is he the Most Popular Selangor Modern Striker?"

"Did Amri get his village neighbours and family to vote for him?"

"Those who voted for Amri are morons."

This is not to say that he has no more backers among the Selangor fanbase (Facebook and Instagram posts of the result generated more receptive comments), but it is hard to believe that the once beloved Red Giant, who burst onto the scene with his golden goal in the 2002 Malaysia Cup, before going on to win it one more time in 2005, three FA Cup titles, and the 2009 and 2010 Malaysia Super League titles, would produce such a huge amount of disdain when he departed the club a second time, at the conclusion of the 2019 season.

The 2009 and 2010 seasons were arguably his best period at Selangor, when he won two back-to-back league titles (the latter as team captain), the 2009 FA Cup, as well as the 2010 AFF Championship with Malaysia. On top of the titles, the Tanjung Karang-born player also stole the limelight in a exhibition match between Malaysia and English giants Manchester United, in which he scored a cheeky brace in the 3-2 defeat.

But fast forward a few years later, Amri, who at the time had only played for Selangor, would go on to break the hearts of their fanatics, when he announced that he would be leaving for Johor Darul Ta'zim (JDT) ahead of the 2014 season. Perhaps needing a change of scenery, perhaps frustrated at Selangor's wane, his departure came following a disappointing 2013 season that erupted into a squad mutiny during their post-season Malaysia Cup campaign, which also led to head coach Irfan Bakti's resignation.

While his departure alone brooked little vitriol from the Selangor fans, who were even accepting of his desire to win titles with the rising JDT, his antic when the two clubs met a few seasons later sowed the seeds of the fans' eventual animosity towards him. A jig by him in celebration of a goal he scored against his former side was taken badly by the Red Giants fans, and they deemed him to have crossed the unofficial line of club loyalty.

Still, having won three more league titles, one more FA Cup, as well as the unprecedented AFC Cup with the Southern Tigers, he was welcomed back with open arms when Selangor announced his return in the 2017 season's second transfer window. 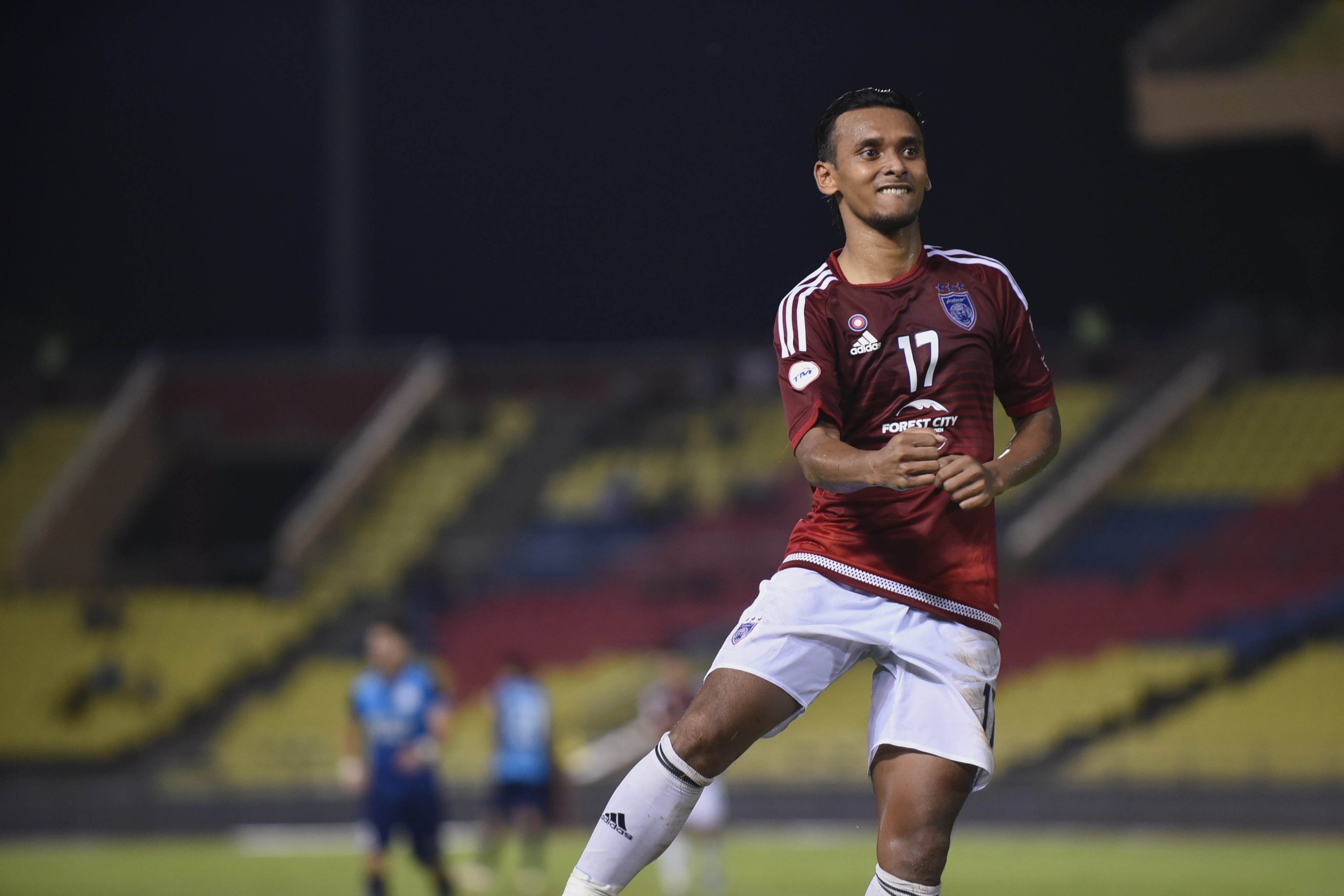 Sadly, the man who returned was not the same golden boy who gave his everything for his boyhood club. In his place came the veteran player who believed a little too deeply in his status as a club legend.

More than one reporter has told Goal of instances whereby Amri was seen taking control of team training sessions away from the head coach, despite him not having been assigned any assistant coaching roles at the club.

Although he was still a beloved figure to the fans, a certain section of supporters have also spoken of his disdain towards them, and a particular remark of his that was aimed towards their preferred method of matchday support. But to be fair to the now 39-year old player, no player can be said to be have played for Selangor without blowing up at least once at its fanbase either in person or online, due to the fans' tendency to be impatient at times.

However, the growing friction between the former Malaysia international came to a head under the new administration of the club, who brought in experienced coach B. Satiananthan ahead of the 2019 season.

Halfway through the season, rumours spread that the coach and player were not getting along, which were proven by the increasingly-limited playing time received by Amri, despite his role as team captain. 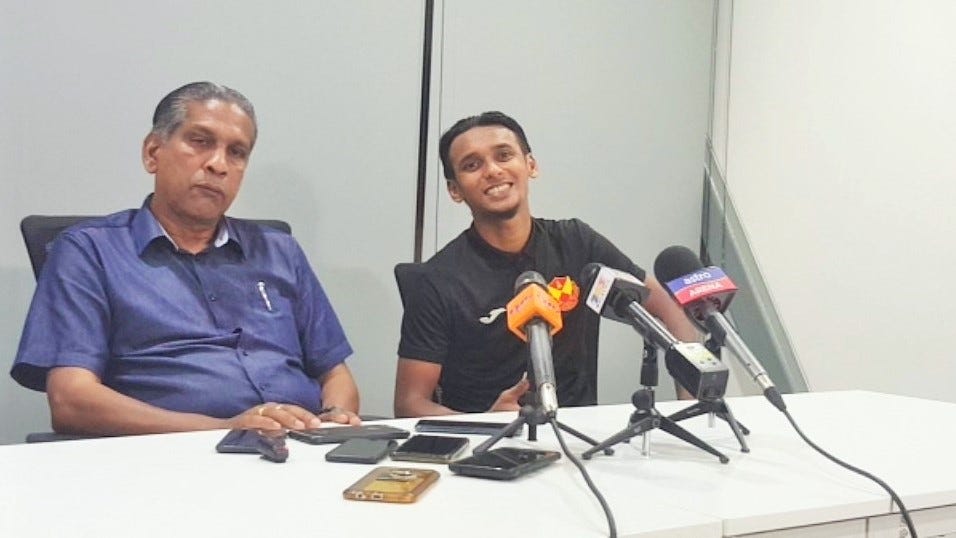 Although Satiananthan would repeatedly deny the rumours, at the end of the season the club announced his departure for the second, and most likely final, time.

The reason behind his exit, which purportedly was decided by the player himself despite having the option to extend it for another season, was revealed to Goal by a club source just days before the official announcement was made.

According to them, Amri's influence in the dressing room had indeed undermined the coach's authority, and several players have shown improvements once they distanced themselves from him. In the end it was decided that he would leave.

But the nail in the coffin in his relationship with Selangor must surely be the remark he made following his exit. In an interview with Astro, he stated that "Selangor will not win against the team that I'm joining."

As sour parting words go, the quip sits on the milder end of the bitterness spectrum, but it was enough to turn Selangor fans' love for Amri on its head. Football cliches such as 'no player is bigger than the club' and 'play for the name on the front of the shirt and they will remember the name on the back' was bandied about on Twitter as response, and for the first time, the voices of those who have had enough of Amri overwhelmed those for whom he can do no wrong.

But perhaps more sinisterly, it was rumoured that for some time, his loyalty no longer laid with his boyhood team and home state. Although he had shown no qualms about celebrating the goals he scored against Selangor while playing for JDT, when he scored against Melaka United in 2019, he declined to celebrate either goal, despite only playing for the Mousedeer for half a season in early 2017.

Selangor fans would have the first laugh however, in Amri's next chapter. When it was first announced that he would be joining Sarawak United, they laughed at the fact that the Premier League side would not be facing off against the Red Giants, who are in the top tier, at least not in 2020. But a few self-effacing remarks were made upon the conclusion of the draw for the early stage of the FA Cup, when it emerged that their club would be playing United. The fact that their club have a tendency of getting knocked out early in the competition was not lost on them. 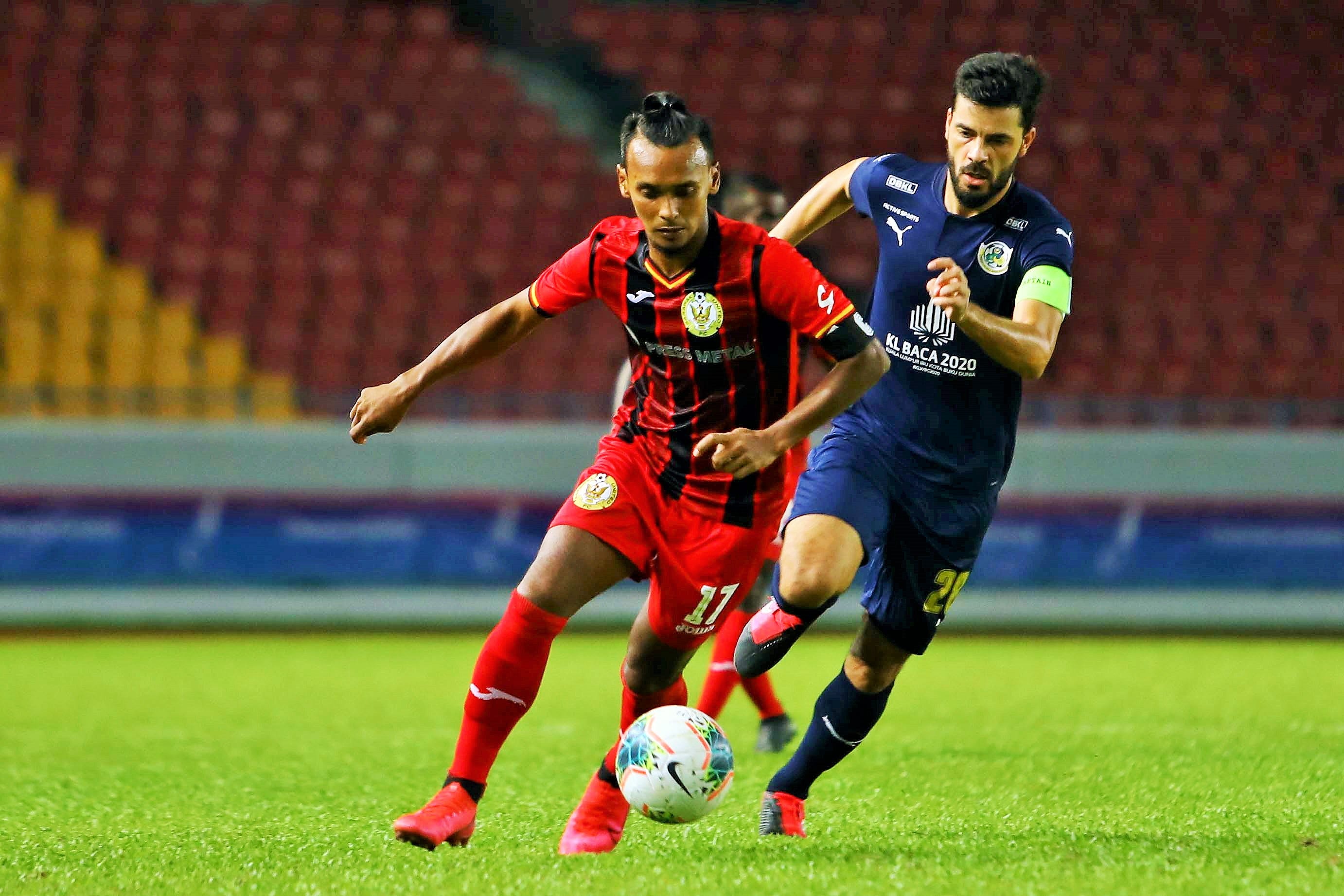 Unfortunately (from the point of view of fans who are in it for the drama), in the end the encounter is unlikely to happen, due to the Covid-19 pandemic that resulted in the cup's planned cancellation by the competitions organiser.

The wounds are still very much fresh, judging by the replies left on the polling Twitter post, but only time will tell whether the once golden boy actually deserves a spot in the Selangor pantheon.