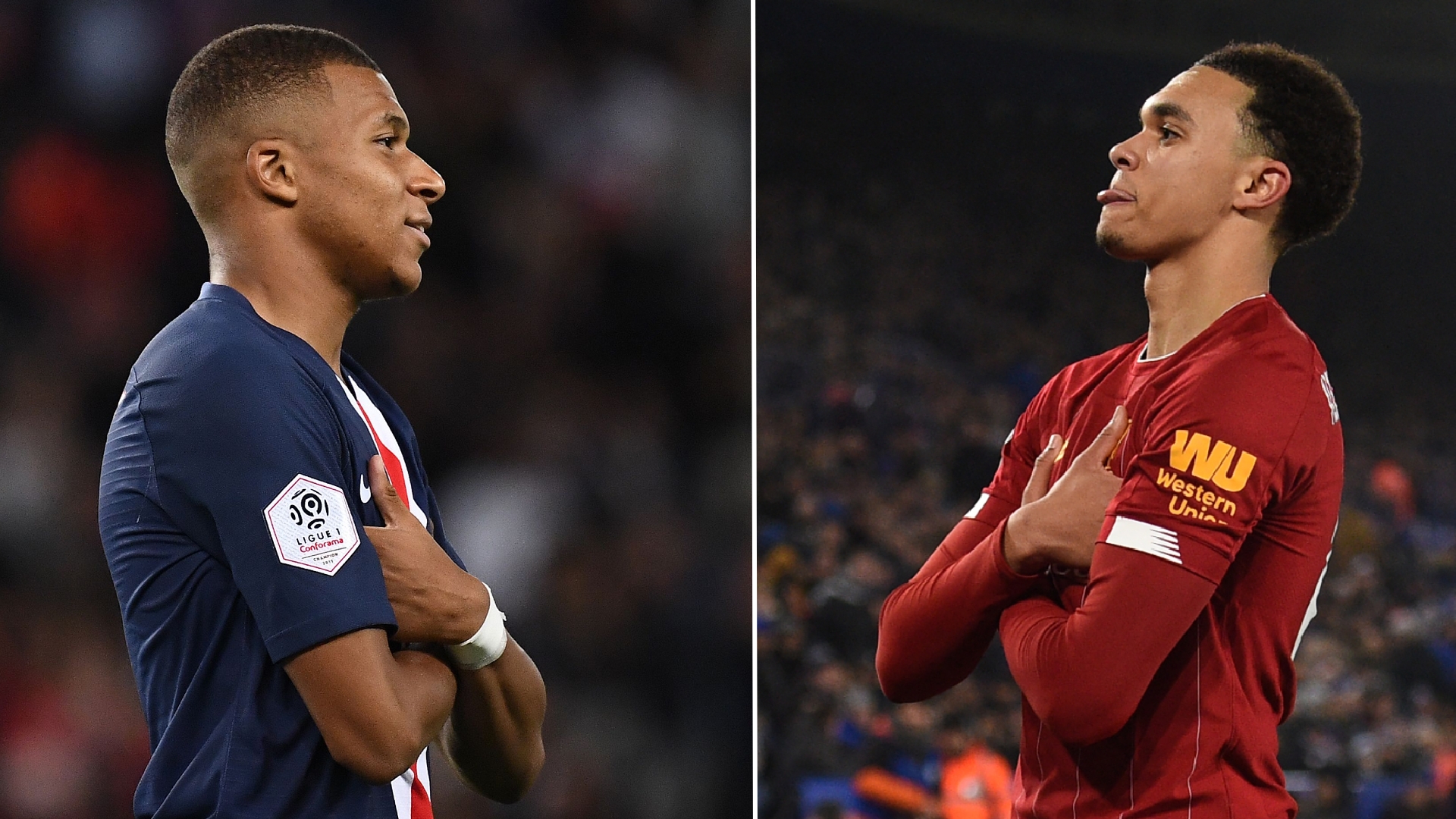 The Reds star does not score often, so when he struck against Leicester City in December he felt he had to mark the goal in style

Trent Alexander-Arnold has revealed the motivation behind his Kylian Mbappe crossed-arms celebration - while admitting he had to bide his time to show it to the world.

The Liverpool star found the net on Boxing Day against Leicester City and marked the goal by imitating the Paris Saint-Germain wizard's trademark pose.

But when quizzed on the celebration, he played down its significance and pointed out that, given he has found the net just twice in 2019-20, he will not get to repeat it too often.

"Mbappe's celebration! It's something I do with my mates...we joke around," he told  BBC Sport .

"Obviously I don't score too much, and I was saying for ages that I'd do it when I next scored, and I think it was about three or four months between my two goals, so I'd been planning it for a while!"

That goal, which came in a 4-0 win for the table-topping Reds, was indeed his last in competitive play to date.

But Liverpool fans are in no doubt over Alexander-Arnold's importance to the team as at just 21 he now commands an undisputed role in the club's starting XI.

It could all have been so different for the right-back though had he not moved back down the field from the midfield as a teenager.

"Who decided the position change? It was me, Neil Critchley and Alex Inglethorpe. Critch was my under-18 manager and Alex was head of the academy. I wanted to get into the first team as soon as possible, and we decided that was the most straightforward route," he added.

"It was difficult [to adjust] because when you play higher up you are very rarely isolated in a defensive situation. That was the strangest thing - being one-on-one with someone out wide, with no-one to help.

"I've always enjoyed right-back as there is a lot more freedom going forward. It's a lot more chaotic in the middle.

"I probably get more of the ball now than I did when I was in midfield. It's just about trying to influence the game as much as possible from out there.

"I just go out there and try to make the team win - whether that means I'm playing 'sexy' football or not."

Alexander-Arnold and Liverpool are back in action on Saturday, where they will hope to get back to form at home to Bournemouth after suffering rare back-to-back defeats in the Premier League against Watford and to Chelsea in the FA Cup fifth round.

Jurgen Klopp's men nevertheless remain 22 points clear at the league summit and look destined to claim the top-flight title for the first time since 1990.