Al-Ain on the verge of making history 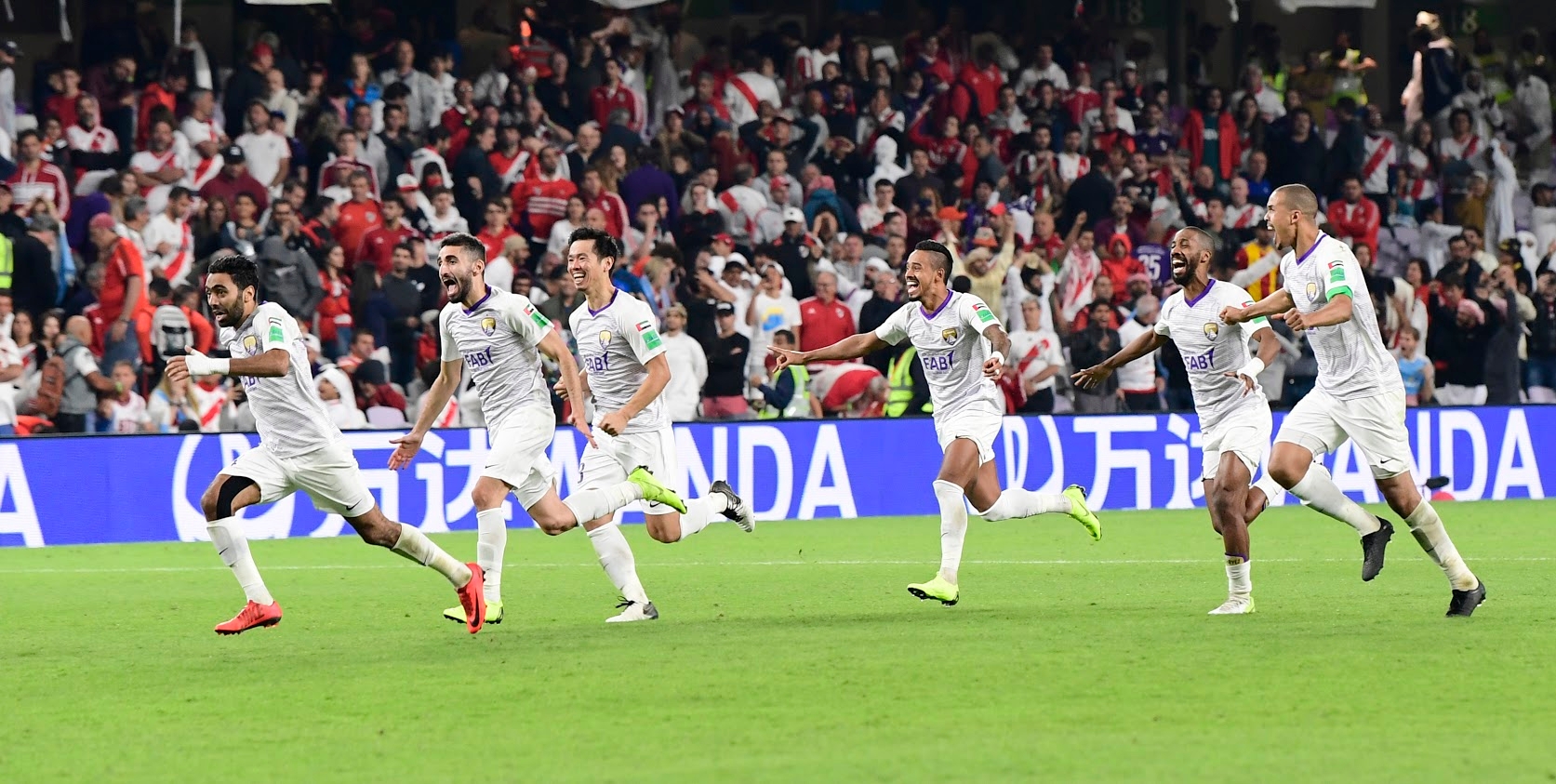 Emirati side Al-Ain are one step away from being recognized as among the best in the world.

Emirati national team goalkeeper Khalid Eissa dives to the left anticipating Enzo Perez’s PK accurately. He saves the shot taking Al-Ain to their first ever appearance in the finale of the FIFA Club World Cup.

This is not the first time Eissa had shown high-level heroics to take his team through the finish line. He stood tall in the opening game versus Team Wellington with Al-Ain coming out on the top in the penalty shoot-out.

Many had doubted the Emirati side’s credibility having qualified as hosts. However, they have done more than their fair share of work to confirm their presence in the semi-finals let alone the finals. All Emiratis, and perhaps so beyond UAE’s borders given the congratulatory messages which keep pouring in from across the region.

Best in the UAE

Al-Ain is the most successful club in UAE football, having won the highest number of league titles within a short span of time since the club’s official inception in 1980. In 1977, during a tournament featuring several international clubs in Morocco, officials within the club were impressed by the crest and colours of Belgian side Anderlecht to the point where they agreed to incorporate the purple colour into what they stand for.

Since then, they have won 13 domestic league titles, 7 Presidents Cups, 5 Super Cups along with the most significant of all being the club lifting the Asian Champions League trophy in 2003.

Hence, it’s safe to say that Al-Ain are aware of what pressure feels like at this stage of the event. Al-Ain will be facing the winners of the other semi-final match between Japanese side – Asian Champions League winners Kashima Antlers and Spanish club Real Madrid who defeated Liverpool to lift the UEFA Champions League title.

In current times, they would realize that playing a game against regional or Asian foes cannot be compared to that against the Los Galacticos (granted if they make their way through to the finals).

Regardless of who their potential opponents would be, there are certain players that deserve a shout-out:

Khalid Eissa: The energetic shot-stopper has surely surpassed the levels displayed by his compatriot Ali Khaseif (Al-Jazira) who was widely praised for his performances in the previous edition of the tournament. Eissa not only managed to keep Team Wellington, Esperance and River Plate from advancing forward, the goalkeeper played the role of a leader in the back directing his defenders and carefully placing them to individually mark players on set pieces.

Ismael Ahmad: One of three players short-listed for the Asian player of the year award in 2014, the defender who is 6’ 3 is as sturdy as it gets in Emirati football. The 35-yr-old has been a mainstay in the back four for almost a decade now. Additionally, his ability to win aerial battles on both ends of the pitch is complimentary to that which Al-Ain lacks. However, with age comes lesser agility, hence it wouldn’t be surprising to see an attacker to hone in on him. Yet, Ahmad is consistently able to come up on top and lead the team through the toughest of opponents.

Tsukasa Shiotani: The experienced left-back has been a blessing in disguise for the Ainawis. His pace and ability to run the wing was highly observable in the match against River Plate. His knack to occasionally get the crucial defense breaking pass is something that Al-Ain can leverage from against an experienced squad.

Hussein El-Shahat: The pacy Egyptian has impressed with the club since arriving in January this year. The most versatile in the squad, he can play in all sorts of roles assigned to him, in addition to having a fighter’s spirit, speed and a very strong technical potential.

Caio: One of the few South Americans to have marvelled in UAE football, the Brazilian is known for his trickery and ability to get past the defender in one-on-one situations. Understanding that a winger’s worth comes down to a desire to take risks, Caio leverages his ability on the ball and alertness in the attacking end baffles opponents.

Marcus Berg: The Swede needs no introduction. Berg has been scoring goals for Al-Ain at will. His ability to find the right spaces and find himself at the end of open play or set pieces is crucial for the team. Unfortunately, there is no replacement who can substitute what the No. 9 brings to the table.

Regardless of the side that they are scheduled to play against, Croat Zoran Mamić will be hoping to lead Al-Ain to its greatest achievement on Saturday night.

If the performances exhibited by Al-Ain in the past three matches is something to go by, buoyed by the presence of the 12th man, their opponents will have a long 90 minutes to look forward to.