Aguero: Messi and I are like an old married couple! 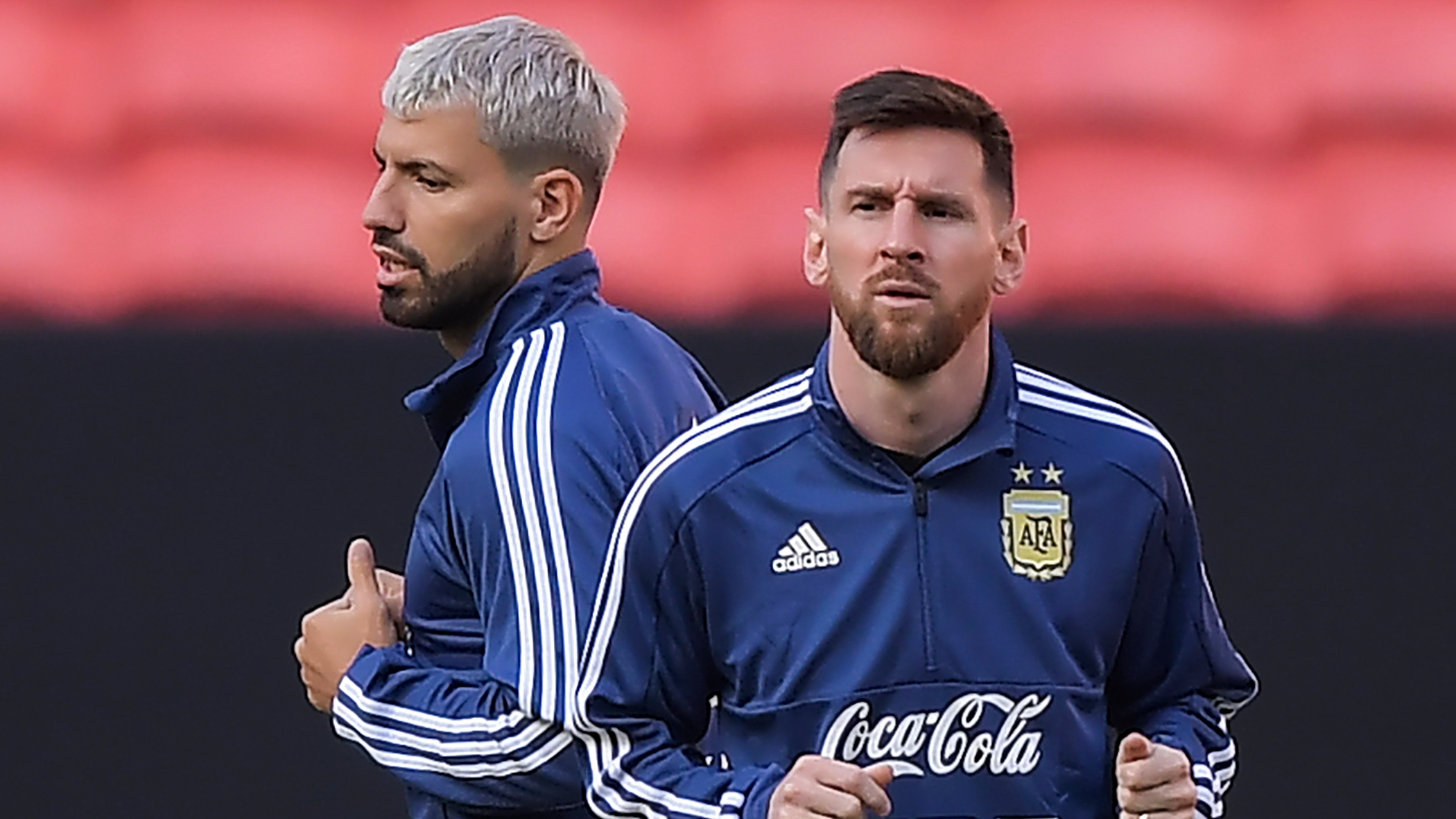 Sergio Aguero joked that he and Lionel Messi are like "an old married couple" whenever they room together while on international duty with Argentina.

The Manchester City star has been a member of Argentina's senior setup since 2006, having earned 97 total caps while scoring 41 goals.

Aguero is Argentina's third-leading goalscorer, trailing only Gabriel Batistuta and, of course, Messi, who sits atop the country's scoring list with 71 goals.

With Messi having made his Argentina debut in 2005, the Barcelona star and Aguero have become close throughout their careers as they've featured together at three World Cups, four Copas America and during the gold medal-winning run at the 2008 Olympics.

And Aguero says that sharing a room with Messi isn't always easy as the two have developed a unique relationship during their time as team-mates with Argentina.

“He always complains, we are like an old married couple,” Aguero joked on the "Santo Sabado" program.

“I always fall asleep with the TV on and when I wake up the next morning he is always complaining to me.

“He arrives at the hotel and is instantly taking a shower while I’m just sitting talking on my mobile phone. Then he will remind me that we need to go down to dinner and we do not have time.”

With that goal Messi has now scored 21 times in World Cup qualifiers, with his former Barcelona team-mate Luis Suarez's 22 goals the most ever in the competition.

Messi and Argentina are set to face Bolivia on Tuesday before returning next month for qualifiers against Paraguay and Peru.

Aguero is currently battling injury, with Manchester City set to face Arsenal on Saturday ahead of an October 21 Champions League opener against Porto.

Messi, meanwhile, will rejoin Barcelona ahead of this weekend's clash with Getafe before the club turn their focus towards their Champions League clash with Hungarian side Ferencvaros.