Sergio Aguero has no intention of completing a controversial summer move to Manchester United, Goal understands.

It remains a possibility, however, that Aguero could leave Manchester City in the coming months, with Arsenal’s Alexis Sanchez identified as a priority signing as Pep Guardiola looks to shake up his squad.

The Argentine will meet with Guardiola at the end of the season to clarify where he fits into the Catalan's plans.

It was reported over the weekend that United would look to benefit from the uncertain situation by launching a big-money move for the striker and offering to match his annual salary of around £12 million after bonuses.

However, sources close to the player have laughed off the suggestion, insisting there has been no contact with United or anybody acting on their behalf. And they stress there is no chance of the 28-year-old moving to Old Trafford, even if Mourinho does make a concrete move in the future.

City were adamant earlier this season that they would not be selling Aguero, even after he suggested that it was the club who “will decide if I have a place here or not”. 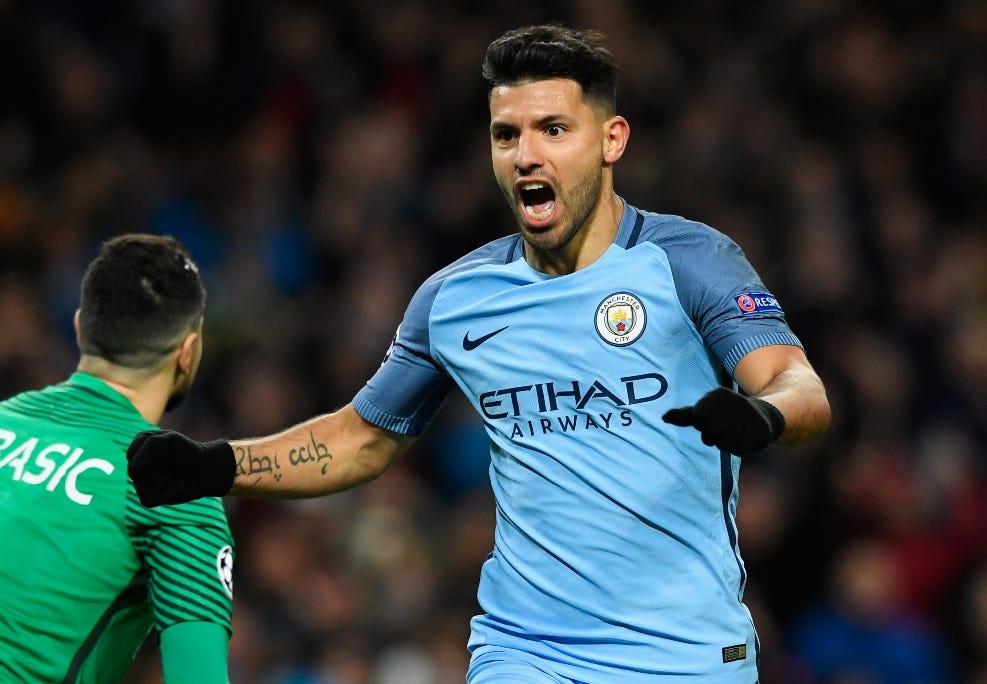 There is now an acceptance that he could indeed be sold, though it was claimed last week that City believe only Chinese clubs could afford his wages.

Aguero was told he would have to accept that he will no longer be City’s undisputed first-choice striker when he sat down with his advisors and Guardiola at a Manchester restaurant in January.

The Argentine subsequently lost his place in the attack to Gabriel Jesus, only to be handed a reprieve when the Brazilian was ruled out for 10 weeks with a broken foot.

Aguero hit 12 goals in 14 games in Jesus’ absence and City insiders have noted a complete change in attitude in recent months, with Guardiola also praising his efforts in public.

Guardiola changed City’s formation at Middlesbrough at the end of April in a bid to get both Jesus and Aguero in the team, though abandoned the plan just after half-time and suggested after the match that he would not be able to try it again.

The Argentine picked up an injury late in that game and missed Saturday’s 5-0 defeat of Crystal Palace.

Should he be passed fit for City’s upcoming game against Leicester City on Saturday, Guardiola will have to decide whether to leave one of the two men on the bench or shuffle his pack and play both.