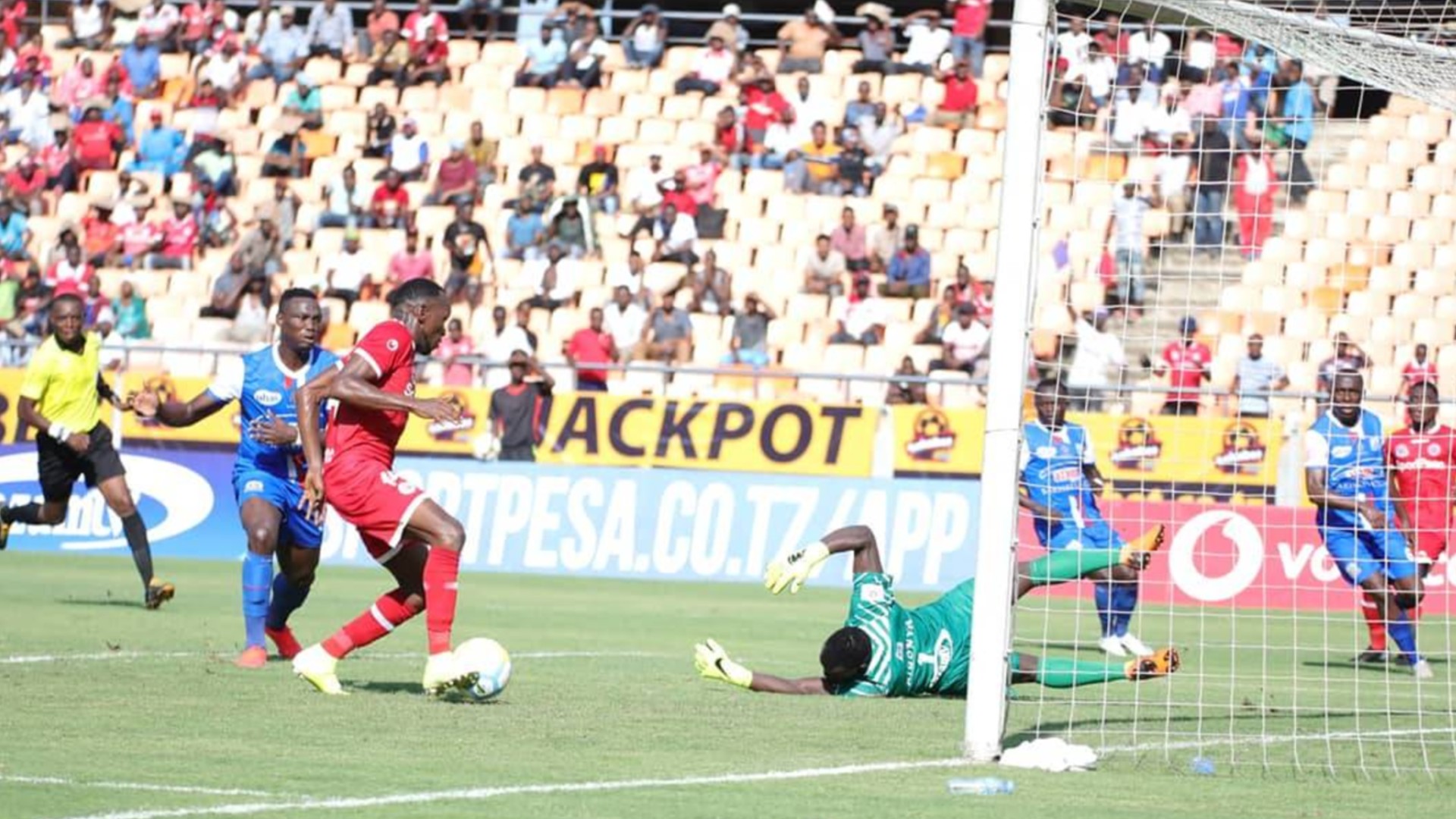 The reigning champions are now on 39 points, five less than Wananchi

Simba SC and Azam FC have settled for a 2-2 draw in a Tanzania Mainland League match played at the Benjamin Mkapa Stadium, Dar es Salaam on Sunday.

Wekundu wa Msimbazi scored their goals through Meddie Kagere and Luis Miquissone while the 2014 champions replied through Iddi Selemani and Ayub Lyanga.

The reigning champions started the match on a high and made their intentions clear with several initial attacks.

However, they had to wait until the 27th minute when Rwandan Kagere opened the scoring after a good move which left the opponents out of position.

The reigning champions would have doubled the advantage in the 38th minute when they won a penalty. Last season's Most Valuable Player Clatous Chama stepped up but Ugandan Mathias Kigonya saved it.

It happened to be the only goal in the first half despite the chances created by both teams.

The Ice-cream Makers managed to equalize in the 67th minute after increasing their tempo and playing with purpose.

The visitors led for the first time in the 76th minute when Lyanga found the back of the net. It was a reward for their zeal after Wekundu wa Msimbazi lost their shape.

Lyanga's strike was a wake-up call for the hosts and two minutes later, they equalized courtesy of Mozambican international Miquissone.

In another top-tier game played on Sunday, Namungo FC bounced back from their 3-0 loss to KMC to defeat Ruvu Shooting 2-1.

The first half ended goalless as the teams struggled to get the ball in the back of the net.

Namungo broke the deadlock in the 63rd minute when Mohamed Jafari capitalised on poor defending. It was a goal that reduced the pressure on the home team.

Veteran defender John Nyoso capitalised in the 89th minute after converting a set-piece.

But in the stoppages, the 2019/20 FA Cup finalists managed to get their winner courtesy of Reliants Lusajo.

After their Sunday win, Simba are on 39 points, five less than leaders Yanga SC who are on 44 points. Azam are third with 33 points.