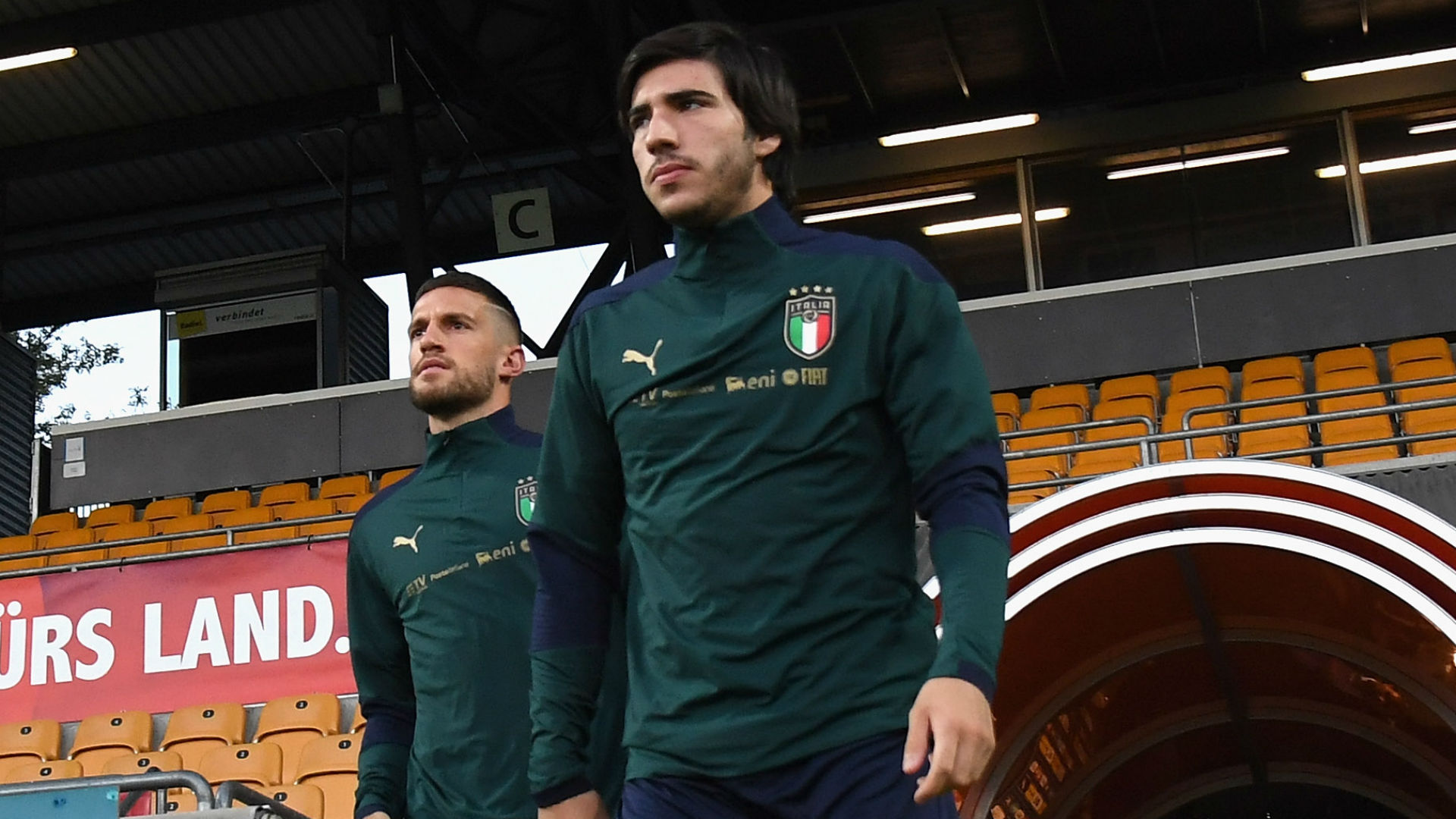 Sandro Tonali described his move to Serie A giants AC Milan as a dream come true after arriving from relegated Brescia.

AC Milan announced the signing of Italy sensation Tonali on loan with an option to buy for a reported €35 million (£32m/$41m) fee.

Tonali supported Milan as a child and the 20-year-old midfielder revelled in the transfer on Wednesday.

"These are strong, wonderful feelings. I am so happy," Tonali told Sky Sport Italia. "Playing with the Milan shirt was a dream of mine, I haven't worn it yet, but that will happen tomorrow [Thursday]."

"I will sleep tonight and tomorrow will have a great training session," added the three-time Italy international.

Tonali, compared to Italian great Andrea Pirlo, had been tipped to join city rivals Inter following his exploits for Brescia.

A technically gifted midfielder renowned for his dribbling and passing abilities, Tonali scored once and registered seven assists for Brescia as they were relegated from Serie A in 2019-20.

Tonali – who also reportedly ignored offers from Barcelona and Manchester United – had played a key role in Brescia's promotion to Italy's top tier in 2018-19.

Stefano Pioli's AC Milan face Shamrock Rovers in Europa League qualifying on September 17 before opening their Serie A campaign at home to Bologna on September 21.

"We are delighted to welcome Sandro Tonali to AC Milan," he said. "He is one of the most promising young talents in international football.

"Sandro has a love for the club and an understanding of its values that will add to what we want to build together. Welcome Sandro!"

AC Milan legend and current technical director Paolo Maldini added: “We are excited to welcome Sandro to the Rossoneri family.

"As a talented, young midfielder he will not only embrace the values of AC Milan but also make a significant contribution to the future success of the club."

The Rossoneri finished sixth in Serie A last season with local rivals Inter finishing second and only one point shy of eventual champions Juventus.