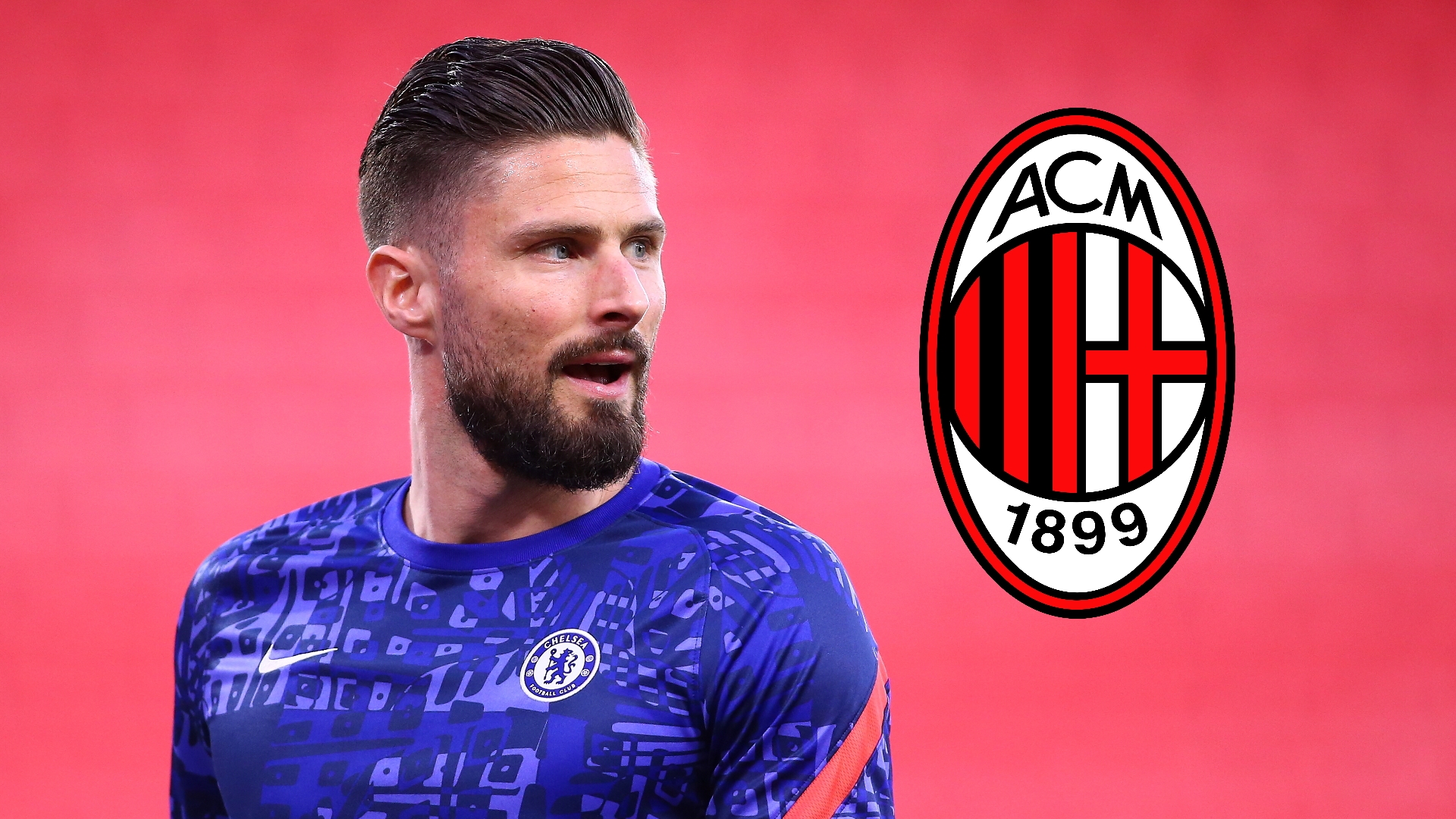 The France international is keen on a move to San Siro, while Tiemoue Bakayoko is also being lined up by the Serie A giants

AC Milan are pushing to complete a move for Olivier Giroud as they have agreed to a fee with Chelsea to edge closer to a deal for the wantaway striker.

The 34-year-old saw the Blues trigger an option that extended his contract by a further year, ending Milan's hopes of signing him on a free transfer.

However, Chelsea and Milan have now agreed on a fee that will allow the striker to move to Italy.

Since exiting Euro 2020 after France's shock round-of-16 defeat to Switzerland, Giroud has been able to put focus on his future and has reiterated his desire to leave west London.

The former Arsenal forward increasingly found himself playing a bit-part role under Thomas Tuchel last season and didn't start a match for his club after March 21.

Giroud is now set to sign a two-year deal with his new club, as the striker will now depart Chelsea ahead of what could be another busy window for the Blues.

Indeed, the Blues are targeting the signing of a new striker in the summer transfer window, with Erling Haaland and Tottenham and England star Harry Kane at the top the shortlist.

Tiemoue Bakayoko is also high up Milan's priority list and he is keen to force a move away from Stamford Bridge.

Like Giroud, the 26-year-old has had interest from elsewhere, including from Ligue 1 outfit Nice, but is hoping to join Milan this summer.

Bakayoko's deal with the Blues expires next summer, with Milan are hoping to sign the Frenchman for the cheapest price possible, and potentially a loan deal with an obligatory purchase option.

Andy Bara, the 26-year-old's agent, spoke about the possibility of returning to Italy with Milan after a loan spell at Napoli.

"Milan are looking for a player with his characteristics and it’s likely that they can make a proposal," he said, as quoted by Calcio Mercato. "At the moment, Tiemoue is a Chelsea player, but there’s a possibility to change his shirt and go to an Italian team.

"Milan are a great team and if the opportunity arises, we will do everything possible to bring him to the Rossoneri. [Paolo] Maldini and [Frederic] Massara know him, they know what he can give."

Milan have had some success working with Chelsea in the past and most recently secured Fikayo Tomori for £25 million (€34m) after exercising a purchase option in their loan agreement.

Furthermore, the Serie A club have shown an interest in signing Hakim Ziyech this summer but a deal looks very unlikely, with Stefano Pioli's side seemingly unable to afford the Morocco international.

They have also scouted Chelsea at academy level and are in the race to sign Tino Livramento, the Blues' Academy Player of the Year, with a host of other clubs also keen.

Chelsea have returned to training this week ahead of the new season, with many loanees and young players among the first-team squad as several stars remain on holiday or on international duty.