Amid ongoing displays for racial equality, the banner was displayed above the Etihad on Monday

A plane carrying a "White Lives Matter" banner was seen above the Etihad during Burnley's clash with Manchester City, sparking outrage amid ongoing protests and demonstrations against racial inequality.

All Premier League players have worn "Black Lives Matter" across the back of their shirts since the return to play, with the tribute following protests that began in the U.S. following the death of George Floyd.

Those protests have sparked demonstrations all over the world, with Weston McKennie, Jadon Sancho and Marcus Thuram among those to make displays in the Bundesliga, with Marcelo headlining those in La Liga.

In the Premier League, shirts have also had a Black Lives Matter patch in addition to a patch for the NHS to commemorate the organisation's work during the coronavirus outbreak.

In addition to the shirts, players have been partaking in a moment of silence prior to kick-off, while also taking a knee on the opening whistle to show solidarity with the Black Lives Matter movement. 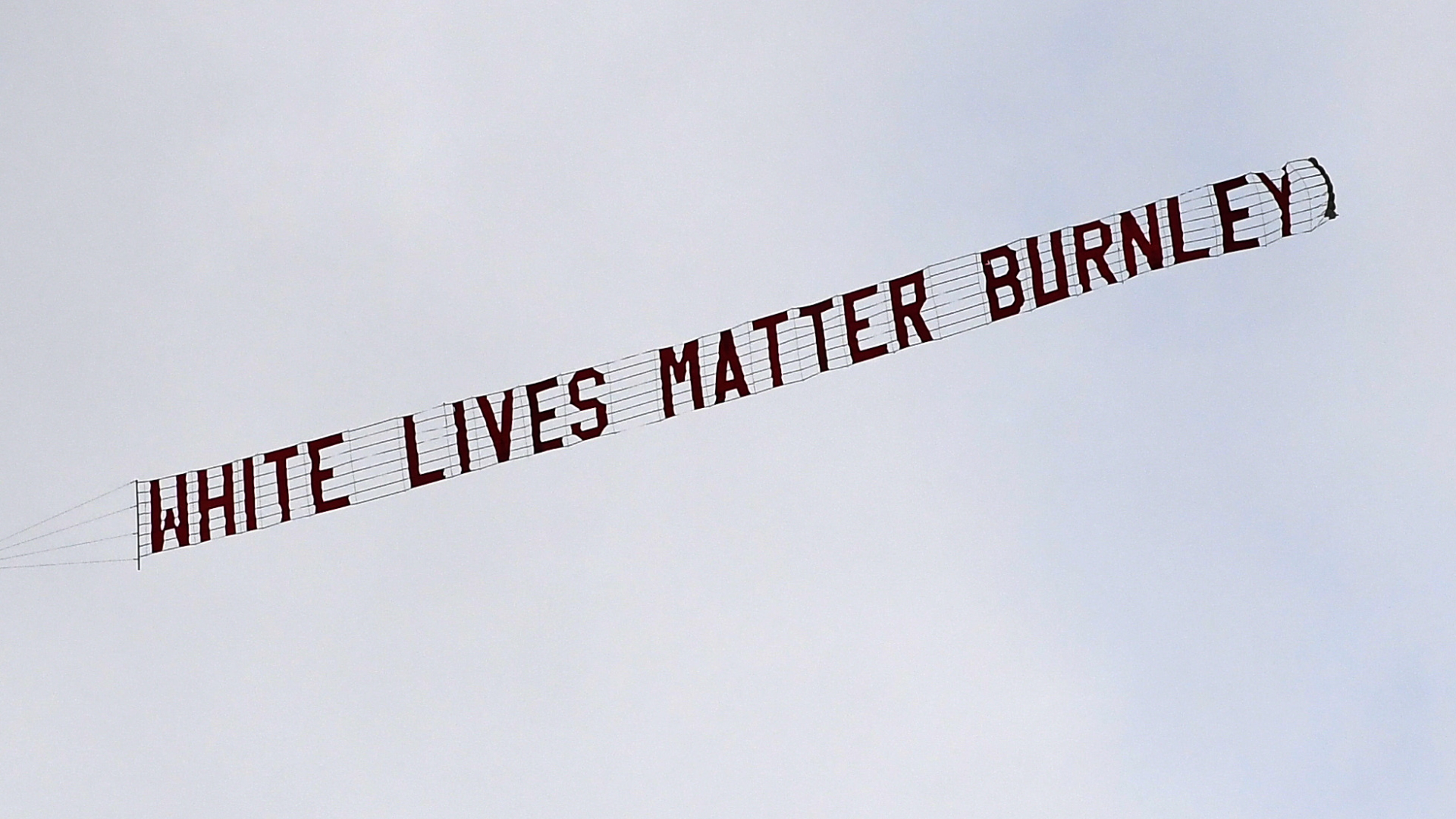 The display came just a few minutes into the match, moments after the players on the pitch finished kneeling, and circled overhead for the first moments of the game.

There has been no confirmation of who paid for the banner to be displayed, but reaction on social media saw the message immediately condemned.

Imagine being so upset players are taking a knee to fight for other human's rights that you make a banner and rent a plane to try and say your life matters. This country is done. pic.twitter.com/T8dgSkoqwk

A plane has just flown over the Man City V Burnley game with a banner that says “White lives matter - Burnley.”

Whoever’s put that plane banner in the air has no place at Turf Moor. Backwards, disgusting, embarrassing. Get out of our club.

Indeed, Burnley released an official statement at half-time, which reads:

"Burnley Football Club strongly condemns the actions of those responsible for the aircraft and offensive banner that flew over The Etihad Stadium on Monday evening.

"We wish to make it clear that those responsible are not welcome at Turf Moor.

"This, in no way, represents what Burnley Football Club stands for and we will work fully with the authorities to identify those responsible and issue lifetime bans.

"The club has a proud record of working with all genders, religions and faiths through its award-winning Community scheme, and stands against racism of any kind.

"We are fully behind the Premier League’s Black Lives Matter initiative and, in line with all other Premier League games undertaken since Project Restart, our players and football staff willingly took the knee at kick-off at Manchester City.

"We apologise unreservedly to the Premier League, to Manchester City and to all those helping to promote Black Lives Matter."