Abraham missing for Chelsea as Lampard waits for ‘pain’ to subside 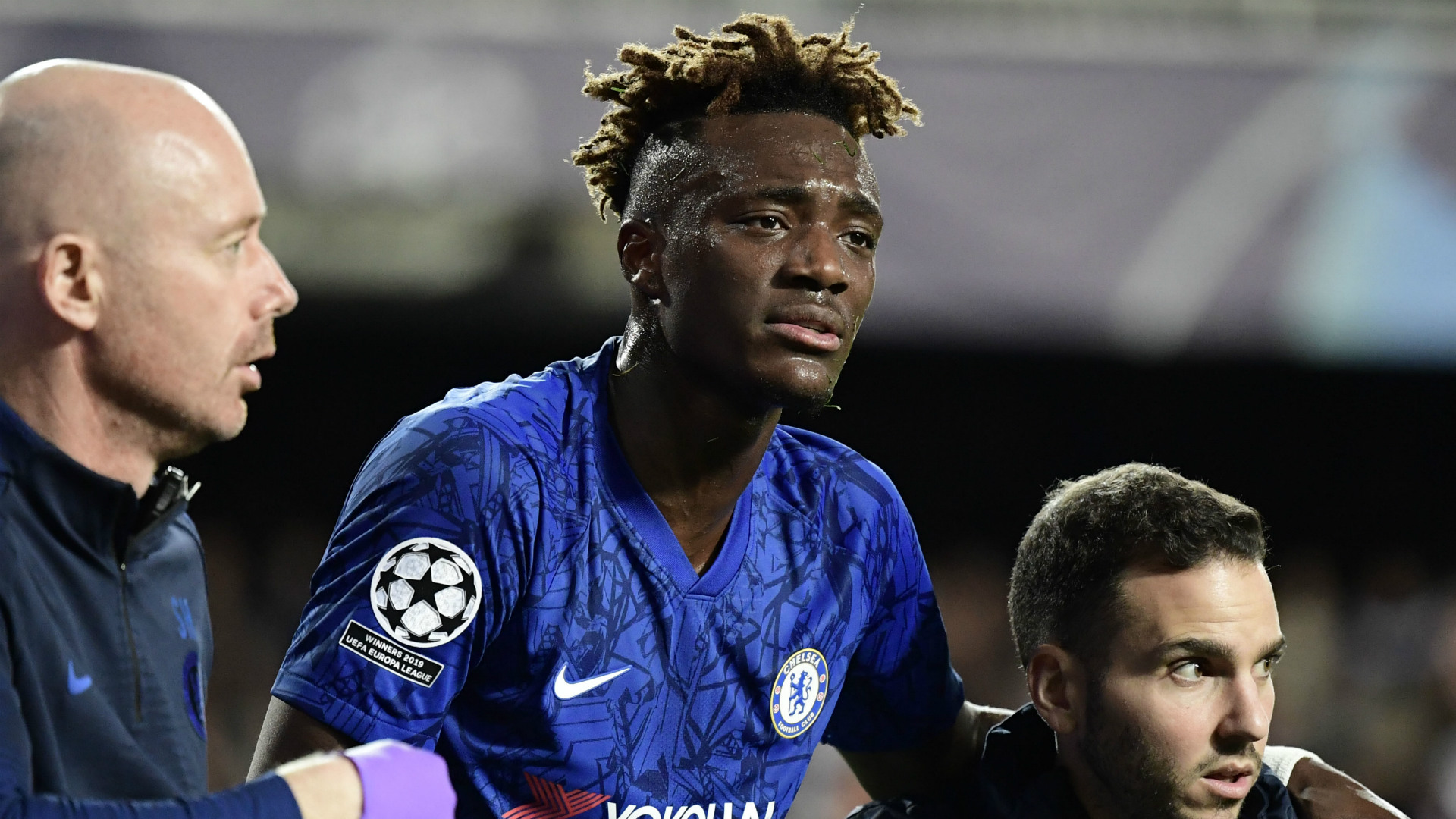 Frank Lampard has revealed that Chelsea will be without Tammy Abraham for a derby date with West Ham as the England striker is still in some considerable pain.

The Blues saw their in-form striker forced from the field during a Champions League clash with Valencia after a blow to the hip left Abraham in agony and facing up to a spell on the sidelines.

He was quick to play down the severity of the knock after sitting out the second half of a 2-2 draw at Mestalla, but will not be ready for Premier League duty on Saturday.

Lampard told reporters when asked for a fitness update on the 22-year-old: “We will know by the end of the weekend, he won’t be available for tomorrow. There’s a lot of pain.

“We will see by Monday. It is a squad game, the lads have been training well and when opportunities come they are ready.”

Abraham has recorded 11 goals in 20 appearances for Chelsea this season and covering his absence will not be easy, given his form, but Lampard does have the likes of Michy Batshuayi and Olivier Giroud available to him.

Pressed on whether he could turn to a Belgium international for inspiration in the final third, having made that change against Valencia, Lampard merely said: “We’ll see.”

He did, however, say of what Batshuayi has to offer: “A work ethic, a quality.

“It is not easy when you are not playing as many minutes as you want. I have seen a great work ethic and his quality. It is great to see.”

While seeking to address issues in an attacking sense, Lampard is also looking to shore up his defence.

Chelsea have kept just one clean sheet in their last seven games across all competitions, with their manager saying: “I didn’t like the last 20 minutes against Valencia, but I’m not concerned about defence.

“We have conceded more than we want. In the Premier League you are going to concede goals, there is always need for improvement. We are okay, but we want more.”

The return to fitness of Antonio Rudiger would help to tighten the Blues up at the back, but the Germany international is not ready to step back in just yet.

Lampard said when offering an update on his condition: “He is getting closer, it is a mini pre-season, he is working very hard.”