Dominik Szoboszlai is a player who is certainly going places.

The RB Salzburg midfielder is regarded as one of the best teenagers in world football – resulting in him finishing as the highest ranked player outside of Europe’s five major leagues in Goal’s 2019 NxGn list .

The Hungarian’s progress has led to interest from a host of the continent’s top clubs, including Arsenal, Juventus and Bayern Munich.

The 18-year-old has ambitions to one day play for one of Europe’s super-clubs, although right now he is happy in Salzburg, having just committed himself to the club he joined in 2017 for a further three years.

In an exclusive interview with Goal , the youngster described his style of play, his idols, as well as addressing all the transfer rumours.

“A lot of people say that my style of play is close to Sergej Milinkovic-Savic [of Lazio] and Toni Kroos [of Real Madrid]. It is a great thing to hear that,” enthused Szoboszlai, who was ranked 21st among the game's best players born from 2000 onwards.

“There has been a lot of speculation recently [about my future]. Of course, it is a huge honour to be linked with giant clubs like Juventus, Bayern or Arsenal, but at this stage of my career, I only focus on my current duties and my development at Salzburg.

“I am part of a great club and a very successful team. My goal is to earn a regular spot in the midfield. Everything else can only come after that. Every player wants to play in one of the top leagues and the Champions League one day.

“I am not an exception, but there is a lot of work ahead of me to achieve that. I am in a good way, but the journey has only just begun.”

The youngster recently registered an assist against Napoli, as Salzburg came close to overturning a first leg loss in the Europa League, before netting his first Austrian League goal at the weekend.

Szoboszlai may have been compared to established midfielders playing for Lazio and Real Madrid, but it is Cristiano Ronaldo who was the Hungarian youngster’s idol growing up.

The teenager is from a generation that has grown up watching the Juventus superstar, and his dream of playing alongside the Portuguese goal machine isn’t completely out of the question of being realised.

“Cristiano Ronaldo impressed me always a lot with his work ethic,” he noted. “He is definitely one of the biggest players and personalities of the game ever. But I try to go on my own way and I hope that one day I can become such an idol for children like he is.” 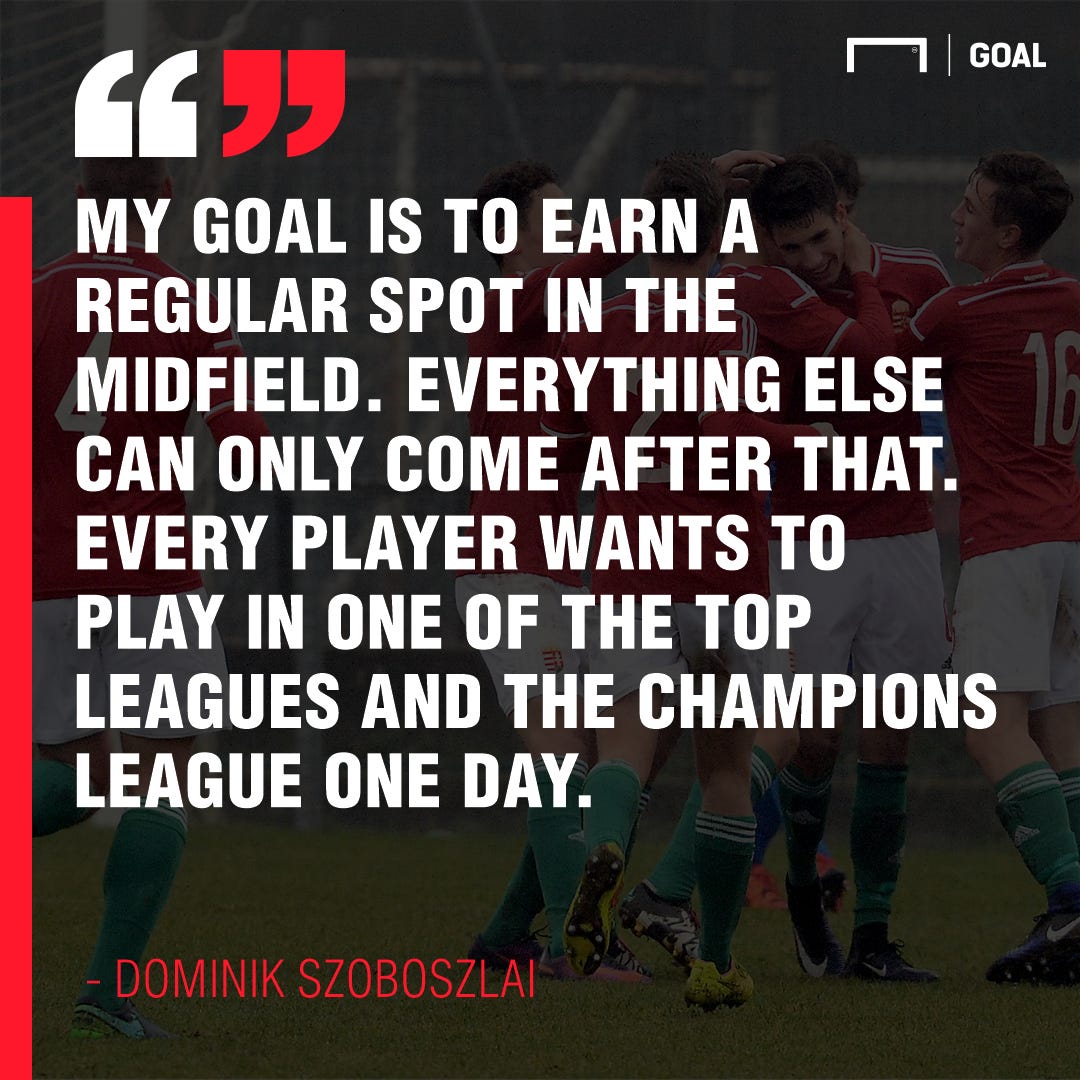 It is Dominik’s father Zsolt who has been a huge factor in the youngster’s success so far. A former professional footballer himself, Zsolt knows what it takes to make it to the top and has coached Dominik since he was just three years old.

Zsolt was keen to see his son develop rapidly and so a club called Főnix Gold FC was set up for him to play for in his hometown of Székesfehérvár. Eventually, Dominik signed with MTK Budapest, before moving to Salzburg in 2016 to join the club’s elite academy.

Zsolt was also key behind his decision to go to Austria, and Dominik appreciates his father’s help ahead of anything else.

“My father used to be a professional player back in Hungary, so it was obvious that I was going to start playing the game,” Szoboszlai explained.

“He always had the ambition to become a coach, thus we started to work together when I was three. Except for one year, he was always my coach until I joined the Red Bull Academy. He was and still is a huge inspiration and idol for me. 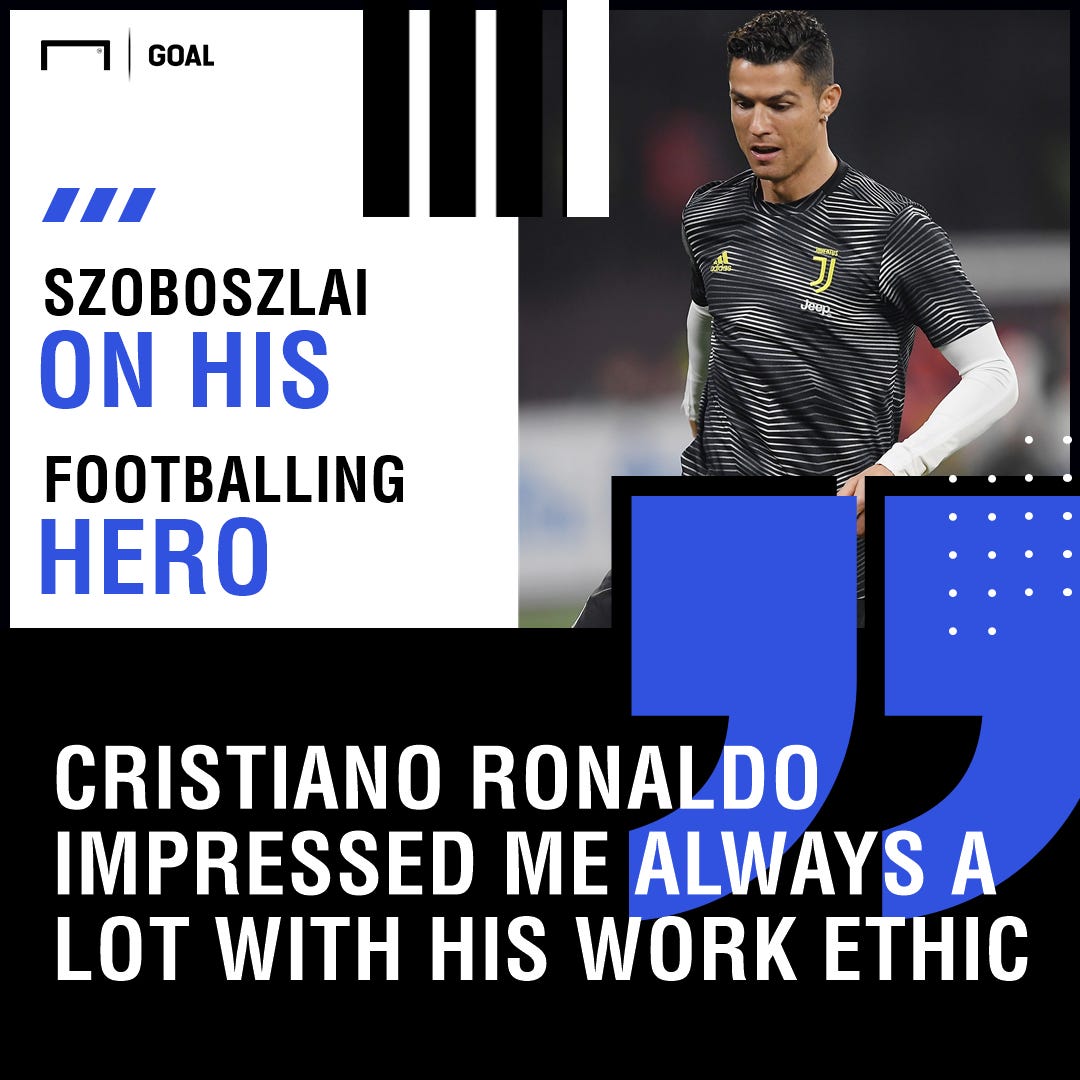 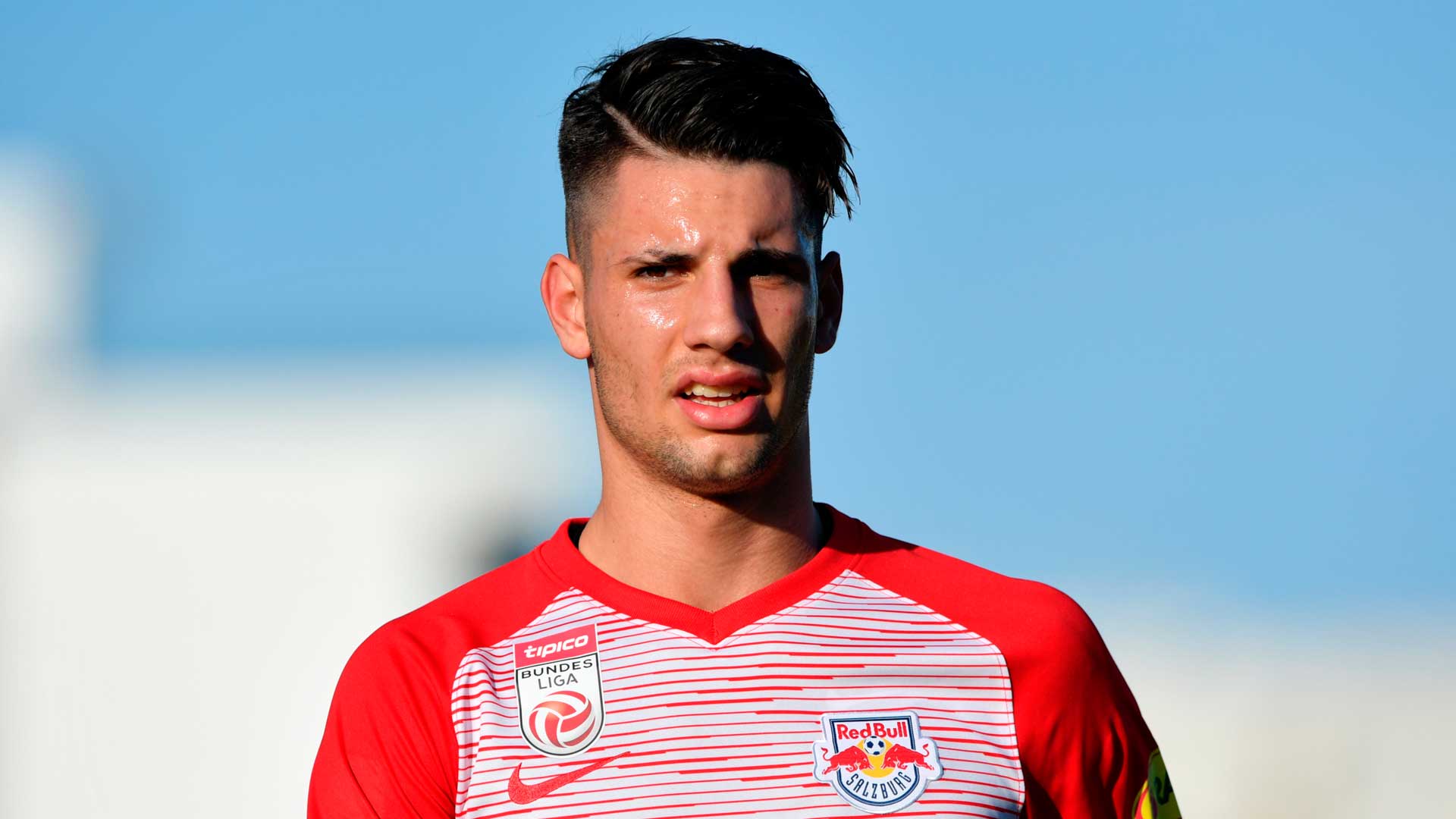 “My father was the key factor in my development. The [huge number of] hours he has spent practising and advising me are impossible to forget. I believe that without my family I wouldn’t be at the place where I am now. My agent also plays a big role in both my professional and personal life.

“We had a lot of possibilities back then [in 2017] to choose from, but together with my father and my agent, we decided to sign for Salzburg. The project they offered was very impressive and I feel that we have definitely made the right choice. I enjoy my time here and I am looking forward to earning an important position in the team.”

The next stage of Dominik’s professional development will be him earning his first senior international cap for Hungary. Indeed, his debut seems imminent having already been called up by his country.

“I am not a big dreamer, I believe in hard work, but of course every player wants to play in important games for his country, and so do I,” Szoboszlai said.

“I have already been a member of the senior squad twice, but the decision is always in the hands of Marco Rossi, our national team coach. I will be ready to give my best for the team if he puts his trust in me.”