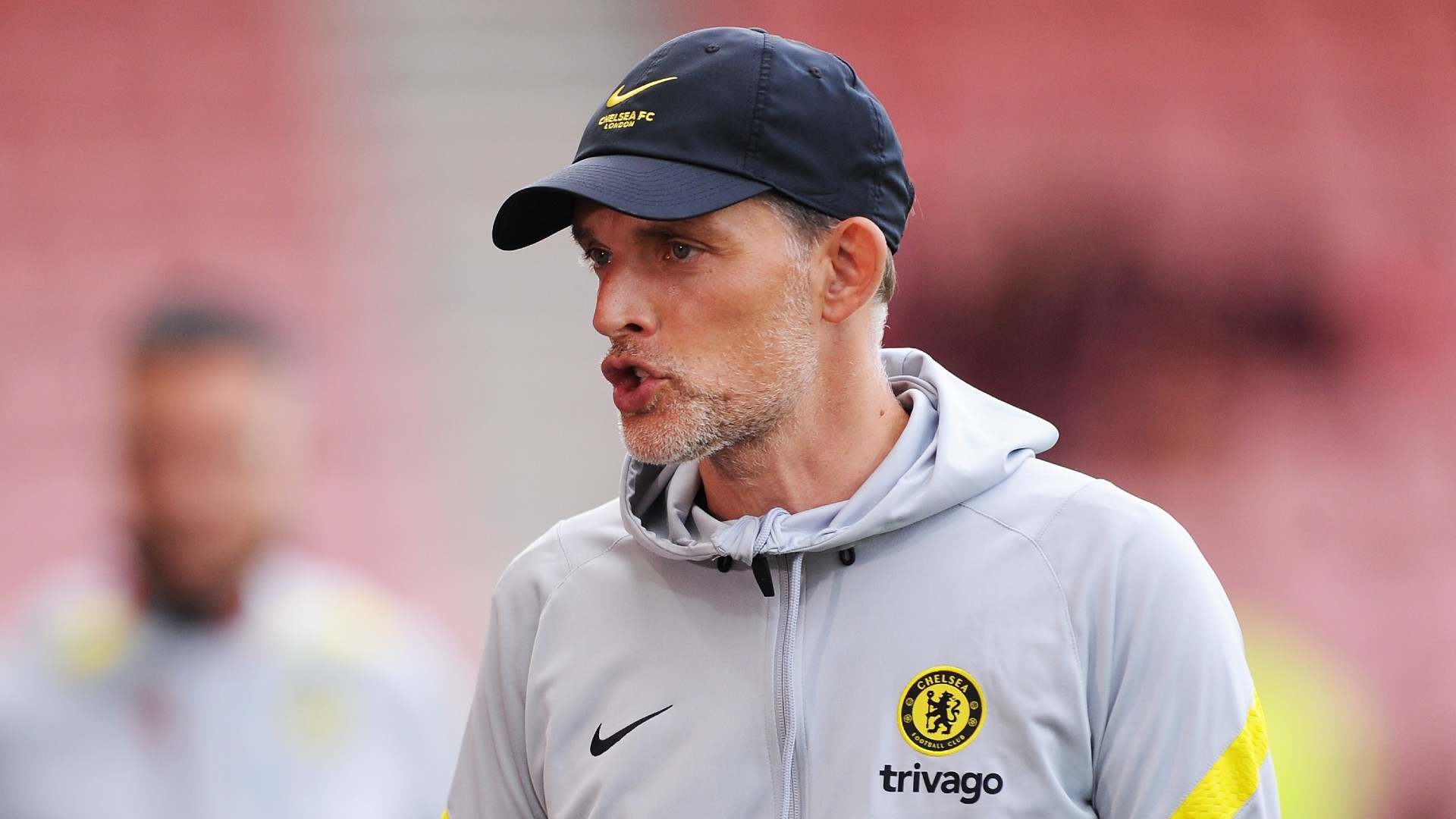 Thomas Tuchel has admitted that he faces difficult decisions in trimming his Chelsea squad down for the upcoming campaign, but has stressed that "it is simply not possible" for him to have 42 players among his ranks.

The German, who arrived at Stamford Bridge midway through last term and led the Blues to a Champions League triumph in May, has been rotating his numbers throughout a busy pre-season schedule.

While several players look automatically destined to spend the next term away from the club, either for good or on a temporary basis, other calls remain more difficult for Tuchel - but he has admitted that he is determined to offer a fair shot to all in contention.

"After the [pre-season] Arsenal game we wrote [all] the names down on the sheet because Sunday was the match against Arsenal and [on] Monday the group of players from England, Italy and Brazil came back," he told the club's website in addressing his squad size.

"So we wrote the names down to acknowledge that we would have 42 players in the building and it’s simply not possible."

Tuchel further noted that his pre-season schedule is offering chances across the board, adding: "From there we had to make some decisions to provide quality and intelligent training for the three groups who have been with us for half a year, while at the same time selecting players who we want to know better."

Having upset the odds to achieve Champions League glory over domestic rivals Manchester City in Portugal, the Blues have looked to inject further talent into their squad this summer.

While players such as Olivier Giroud and Willy Caballero have left, and Fikayo Tomori has made his loan switch to AC Milan a full-time exit, there are yet to be any serious new arrivals at Stamford Bridge.

A big-money move for former striker Romelu Lukaku looks on the cards, but Tuchel still faces tough calls over the futures of players such as Danny Drinkwater and Tammy Abraham, who may no longer have a place at the club going forward.

Chelsea will get their season under way next week with a UEFA Super Cup curtain-raiser against Europa League holders Villarreal on August 11.

They then kick off their Premier League challenge three days later, when they clash with Crystal Palace on August 14.

Fans will be sat with bated breath for the Champions League draw later this month, however, as the Blues look to find out who they must face as they look to mount a successful defence of their European crown.