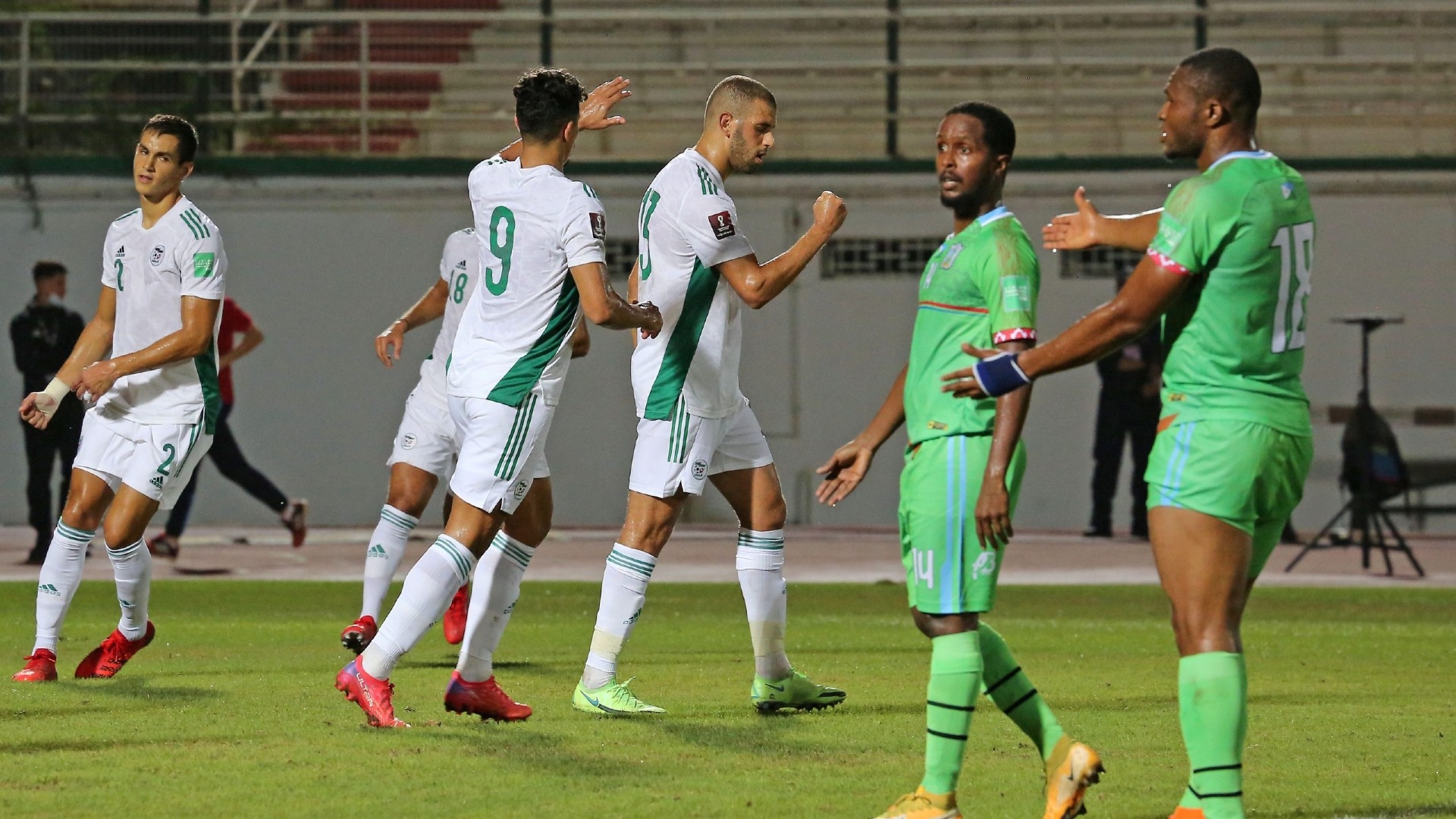 Slimani's heroics at the Stade Mustapha Tchaker drew him level with Abdelhafid Tasfaout as the Desert Foxes' all-time top scorer with 36 goals since he made his debut in 2012.

The Lyon striker got Djamel Belmadi's side off to a flying start with his opening goal in the fifth minute and he doubled their lead five minutes before the half hour-mark with his strike from the penalty spot.

Shortly after Slimani's second goal, Ramy Bensebaini made it 3-0 in the 26th minute and Baghdad Bounedjah grabbed the fourth goal with another penalty in the 40th minute.

In the first-half, things turned to worse for Djibouti after defender Batio Youssouf was shown a straight red card for stopping a goal-bound effort with his hand.

Algeria extended their dominance immediately after the start of the second half with Slimani scoring his hat-trick in the 46th minute.

It did not end there for the former Leicester City attacker who grabbed his fourth goal seven minutes later to put the hosts 6-0 ahead.

Manchester City star Riyad Mahrez also got on the scoresheet in the 67th minute and Ramiz Zerrouki sealed the 8-0 victory with his effort in the 69th minute.

The emphatic home win stretched Algeria’s unbeaten run to 28 matches with their last defeat dating back to October 2018 when they lost to Benin in an Africa Cup of Nations qualifier.

Next up for the African champions is an away fixture against Burkina Faso in Marrakech on September 7 while Djibouti have a date with Niger, a day before.

Earlier on Thursday, Burkina Faso started their qualifying campaign with a 2-0 win over Niger, thanks to quick-fire goals from Lassina Traore and Mohamed Konate in the 76th and 79th minutes.

The win powered Vahid Halilhodzic's men to the Group I summit ahead of Guinea and Guinea-Bissau who played out a 1-1 draw on Wednesday.