This was the signing Mikel Arteta really wanted.

When Arsenal went into the summer transfer window, they knew that a changing of the guard was needed up front.

Pierre-Emerick Aubameyang had already gone and it was clear that Alexandre Lacazette would soon be following his good friend out of the door in north London.

After a series of windows that had seen the Gunners focus on defence and midfield, this was always going to be the summer when the priority was on the attack.

There were plenty of potential targets and Arsenal sounded out many, but it’s been clear for some time now that Gabriel Jesus had emerged as the priority.

He’s a player that Arteta knows well following his time at Manchester City and is one the Spaniard is convinced has all the attributes required to help take Arsenal to the next level.

“I’m very excited," Arteta said after the £45 million ($55m) deal had been confirmed. "The club has done a tremendous job to recruit a player of this stature.

"I know Gabriel personally very well, and we all know him well from his time in the Premier League and being really successful here.

"This is a position that’s been on our radar for a long time now and we have managed to get a player that we all wanted, so I’m really happy.”

Time for Gabriel Jesus to make his mark 💥 pic.twitter.com/tuGC5C082k

When Arteta, technical director Edu and other key figures in Arsenal’s recruitment network sat down to map out their plans to revamp their attack, the vision was clear.

Obviously, discussions centred around finding someone who would come in and make the side more of a threat in front of goal.

But what was also deemed vitally important was that it had to be someone who would cause minimum disruption to the system that Arteta has worked hard to instil in his team over the past two years.

Arsenal wanted a striker who would make them more clinical in and around the penalty area but also someone who would play with the type of intensity that we have come to expect from Arteta’s young side.

And in Jesus, they believe they have signed someone who ticks all of the necessary boxes.

He can score goals himself, link up play and set the tone when it comes to pressing from the front.

Jesus does arrive at Arsenal with some question marks hanging over him, however.

His highest-scoring season in the Premier League remains 2019-20, when he racked up 14 goals.

Given he has been playing as a forward in one of Europe’s most prolific clubs for the past five years, that is a relatively low tally.

But it must be noted that he has been far from a regular starter at the Etihad Stadium.

For years, he had to play second fiddle to Sergio Aguero and even after the Argentine left, he saw others selected ahead of him to spearhead the City attack.

But when he has been given an opportunity, he has nearly always taken it.

Since joining City in January, 2017, Jesus has scored 58 Premier League goals and provided a further 29 assists.

That’s a direct goal involvement once every 107 minutes – only six players have a better record than that since the Premier League began in 1992.

And when you look at Jesus’ record when he starts games, it makes for even better reading.

In the 99 Premier League matches he has started for City, he has found the net 53 times, while setting up a further 23.

There are very few players around who can match those types of numbers.

"I thank God every day that I can play in three or four different positions – but I think my position is nine," Jesus said when asked about the role he had been brought to Arsenal to fulfil.

"My best qualities are being on the pitch to help with or without the ball. I’ve come to help with assists and my work but, of course, I’m a striker and I have to score goals."

Arteta sees Jesus as the central striker in the 4-3-3 system he introduced at Arsenal during the second half of last season.

He will share the role with Eddie Nketiah, who just signed a new contract following his strong end to the 2021-22 campaign. 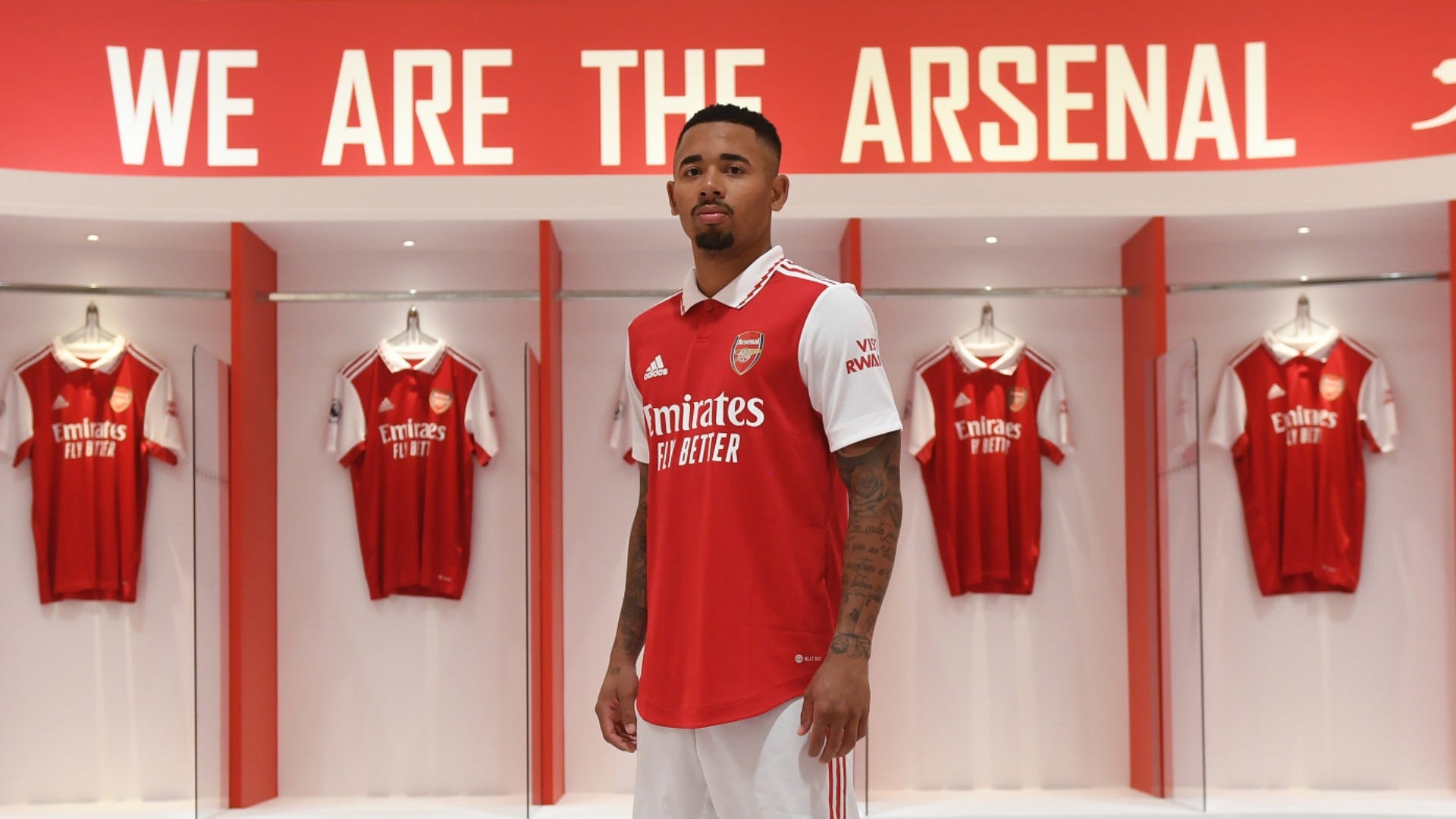 But while Nketiah will be given regular game time, Jesus will be the man at the top of the pecking order going into the new season.

He will obviously be expected to score goals, but he will also be tasked with terrorising defenders with his incessant hassling and harrying.

“When we need runners and players that help a lot with our high intensity and high pressing, [Jesus] is the best in the world,” Manchester City boss Pep Guardiola said last season.

“Thanks to him, we can stay high and be so aggressive.”

That is exactly what Arteta wants from Jesus at Arsenal: a player who will not only come alive in the penalty box, but will work tirelessly all around it and combine perfectly with the likes of Bukayo Saka, Gabriel Martinelli and Martin Odegaard.

Arsenal were devoid of that type of figure in the final third last season and they struggled for goals as a result, with Lacazette’s preference to drop deep often leaving them without any presence in the 18-yard box.

The addition of Jesus will certainly change that, given all 58 of the Brazilian’s Premier League goals for City have come from inside the box.

Arteta made it clear ahead of the summer that any signings Arsenal brought in had to be ones that would take the club up a level ahead of the 2022-23 campaign.

Jesus was the one he wanted to transform his attack and now Arsenal have got their man.

It’s been nearly three years in the making, but Arteta finally has his own No.9.