Shaw: I almost lost my leg and considered quitting football 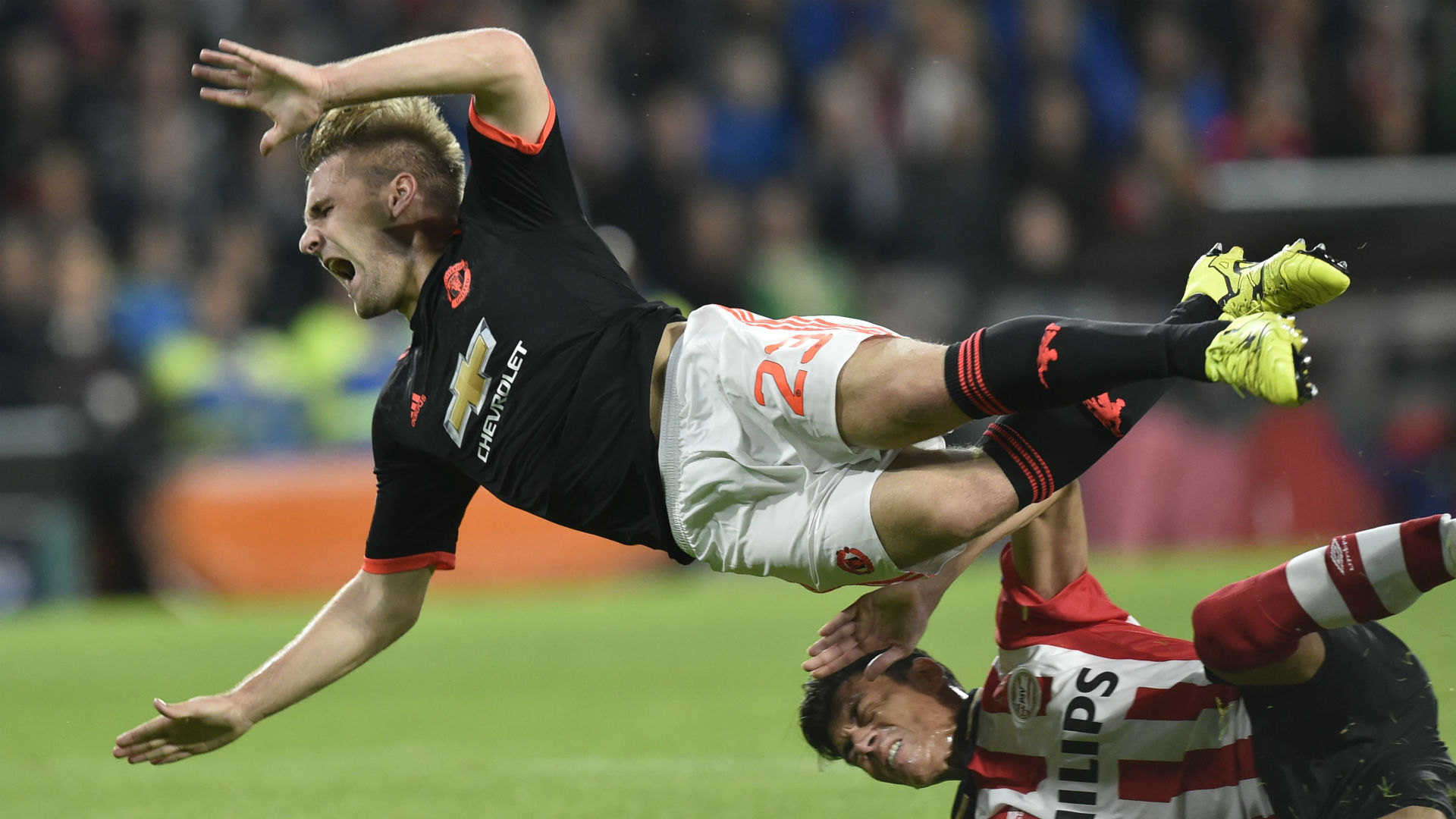 The Manchester United defender suffered a double fracture in September 2015, with some dark days taken in during a long road to recovery

Manchester United defender Luke Shaw has revealed that he almost lost his right leg after suffering a double fracture during a Champions League clash with PSV in September 2015.

The England international was still looking to prove his worth with the Red Devils when a serious injury stopped him in his tracks.

Shaw admits that some dark days during a long road to recovery saw him consider quitting football, with family and friends having to keep him focused on the end goal.

He has how completed a route back to the top after returning to form with United and earning an England recall, but memories from the most testing period of his career remain painful.

The 23-year-old told reporters: "I'd be lying if I said I didn't sometimes think about stopping playing football, but I had a lot of good friends and family around me and they helped me through it.

"I nearly lost my leg, I was actually really close to losing my leg and I never knew that until six months after when the doctor told me. Of course, if I knew that I would [still] never have stopped, even if he had told me there was a worry, I would have tried [to carry on playing football].

Shaw added on how close he came to having his leg amputated: "At the time, they were thinking about flying me back [from Eindhoven] and if I'd have flown back, I would probably have lost my leg because of the blood clots and stuff in the leg.

"I've got - I don't want to talk about it too much - two scars down the side of my leg where they had to cut it open and pull them out because of how severe it was.

"But I don't really care about that anymore. I feel really strong - and my right leg is exactly as it was before my leg break."

After working his way back into the United fold, Shaw has faced plenty of other obstacles.

His form and physical condition have been called into question by Jose Mourinho at times, while England boss Gareth Southgate has suggested that a man who burst onto the scene at Southampton while still in his teens initially struggled to recognise the demands of being an elite performer.

Shaw said of those comments: "Yeah, you could say that is fair.

"In periods of time when things were going really good, that's when I might have taken my foot off the pedal and got comfortable.

"Maybe at times I wasn't carrying on to the next level and that's where I've changed from a kid to a man and I have realised that. Now I'm back in the England squad, I have to keep going and take that criticism on board."