It was a bitterly disappointing season for Turin’s secondary club, and the ex-Chelsea man suffered amid the club’s dispiriting campaign

As disappointments go, Torino’s 2019/20 campaign will surely go down as one to definitely forget.

Ironically, turbulence seemed to be the theme for the clubs in Turin this season, with Juventus, despite securing another Serie A title under now-departed boss Maurizio Sarri, facing more questions about their capabilities and performances, which were underwhelming throughout the season.

Still, there’s a feeling the city’s lesser side would swap places with the Old Lady in an instant, which only puts their current situation in context, after what went down as their worst year in the top flight since gaining promotion way back in 12/13.

The Maroons’ struggles were understandable back then, given they’d just regained promotion to the big time after three years in Serie B. Their 16th-place finish in 2013 mirrors this year’s disaster, while their tally of 40 points only betters that haul from seven years ago by one.

It wasn’t the campaign Ola Aina envisaged either, following an encouraging maiden season at the Stadio Olimpico Grande Torino in which he played a significant role in taking the Bull’s to seventh. Their high finish, coupled with their first European campaign since 14/15, heralded a new dawn for the team, especially as they’d finished in seventh after seemingly sneaking into ninth for successive seasons previously. 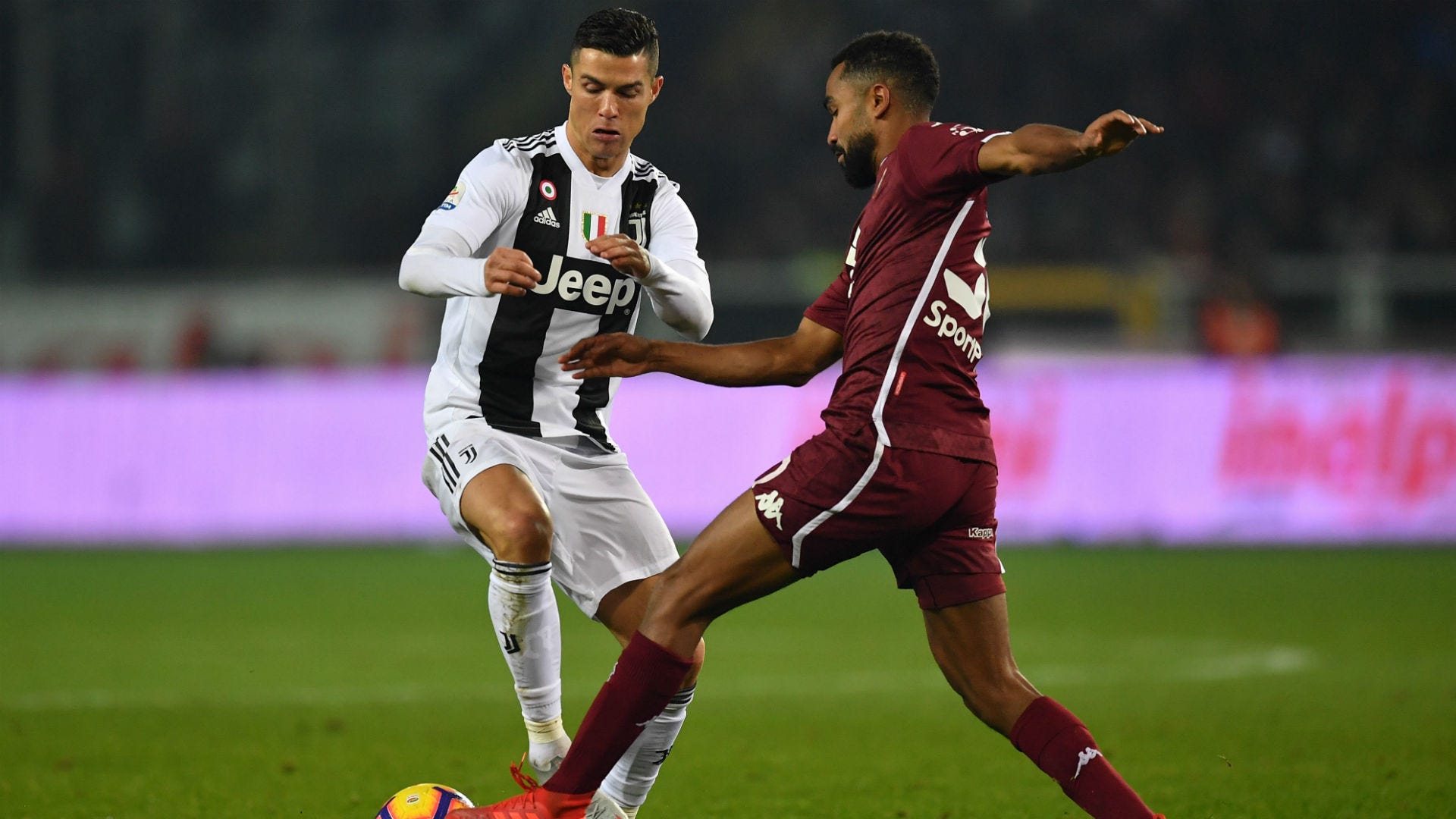 Indeed, Walter Mazzarri’s team’s tally of 63 points was just six behind fourth-placed Inter Milan, who qualified for the Champions League.

Aina was understandably hit and miss in his opening campaign but there was a feeling he had done relatively well, was more hit than miss, and held his own in his first campaign outside England.

The marked progress in the ex-Chelsea full-back had seen him go from the Stamford Bridge bench to thriving in the Championship at Hull City where he was one of the Tigers’ best players before moving to Italy.

In a season where AC Milan were underwhelming at the start and Napoli were embroiled in early-season in-fighting so intense that it threatened to derail their entire campaign, Torino failed to kick on from 18/19’s success to push for a higher league position and maintain their European spot.

More disappointing for the Turin side under Mazzarri was how, after finally gaining entry into continental football, they then failed to progress into the group stage. Their elimination at the hands of Premier League club Wolverhampton Wanderers (5-3 on aggregate), after sailing through the first two qualifying rounds, seemed to dampen their spirits and they never truly recovered all season. 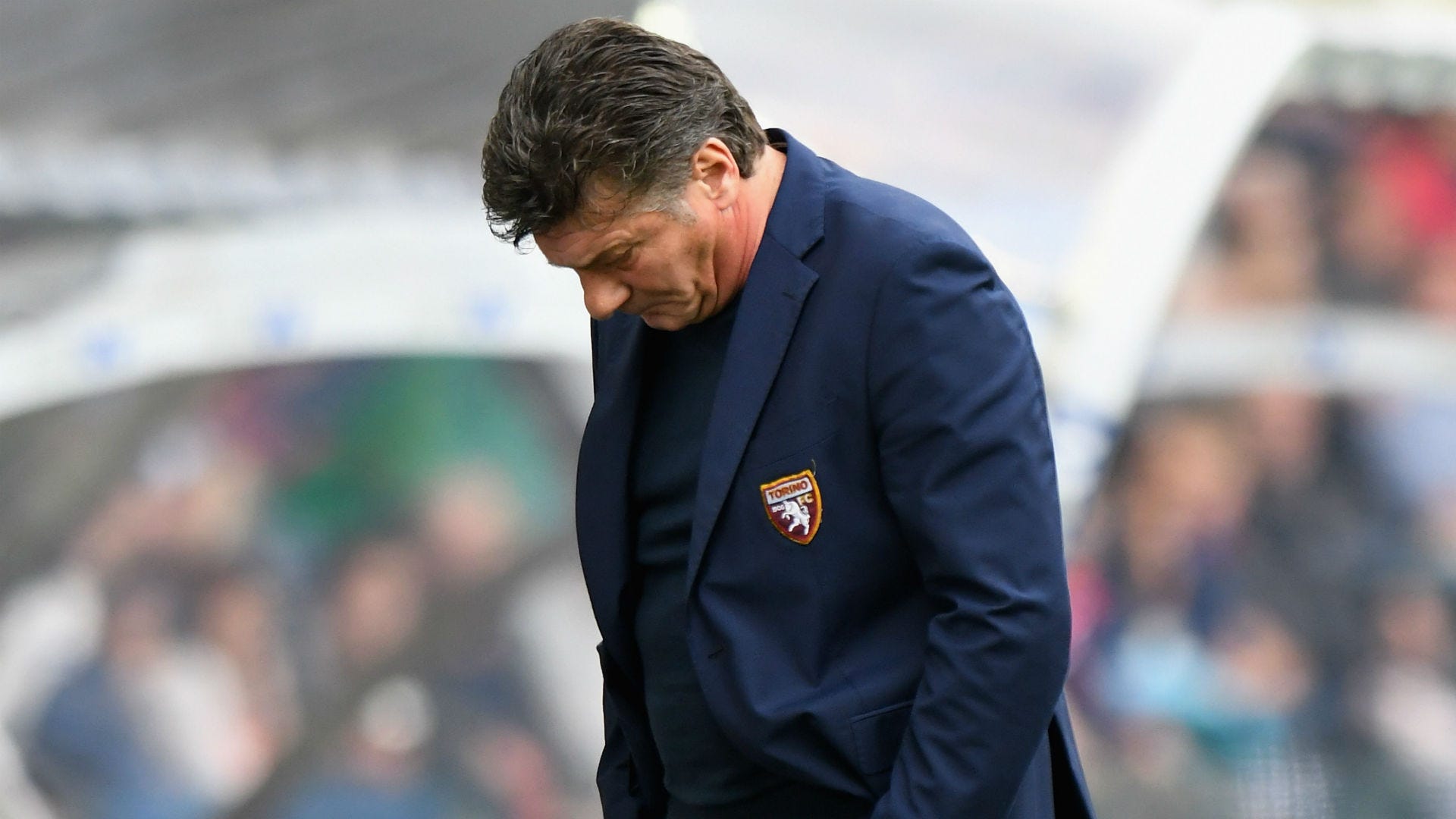 The Bull lost a staggering six of their first 10 games, which sent alarm bells ringing given they only suffered defeats seven times in Serie A the previous season – only champions Juventus (four) were beaten on fewer occasions. Interestingly, one of the Maroons’ two wins in that wretched run came vs Atalanta in Bergamo where the away side emerged 3-2 victors on the opening day.

It was then notable that Mazzarri's penultimate league game came against the same opponents, who obliterated La Granata 7-0 in Turin. Not even a change of head coach could stop the rot as Moreno Longo oversaw another three defeats in what was a bleak seven-game losing run in all competitions.

Having saved his former club from the threat of relegation, Longo left after the club’s 1-1 draw with Bologna on the final day.

Torino have, yet again, hit the reset button but the appointment of Marco Giampaolo has raised eyebrows in some quarters.

Surprise appointment, particularly after that ill-fated spell with Milan.

Although he can do no worse than Mazzarri & Longo whose spells in charge last season led to Torino just avoiding relegation. https://t.co/REmYCwL2iI

He oversaw Milan’s early-season woes where the Rossoneri picked up just three wins from four before getting the chop barely four months after getting the job in June 2019. While there were other extenuating factors for the Italian giants’ issues, their managerial choice was odd given the 53-year-old’s tendency to not stick around for a significant period. 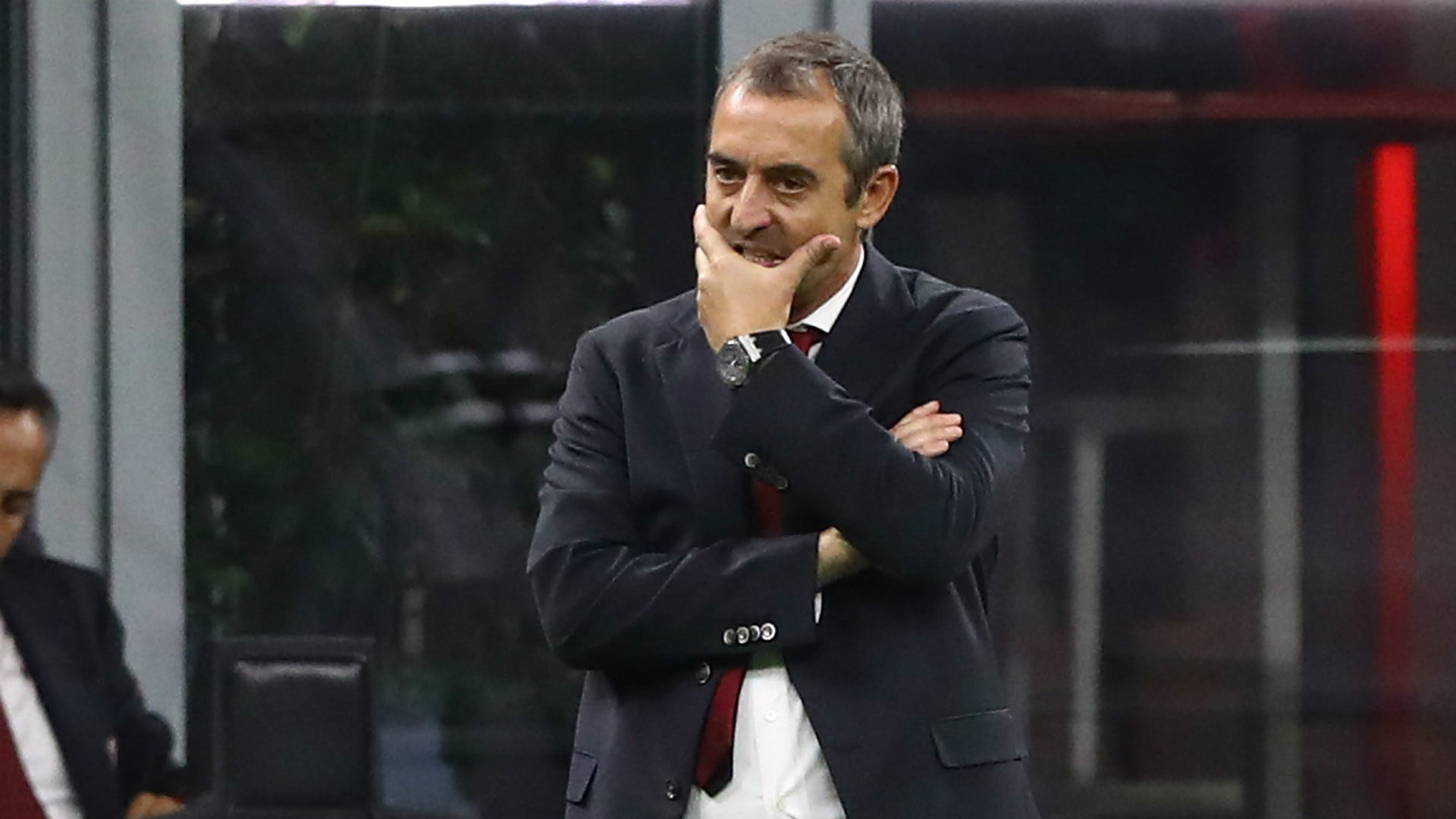 This trend has seen Giampaolo manage at Catania, Cesena, Empoli and Sampdoria before his ill-fated time in Milan.

There was no resounding success story at any of those clubs, although he did guide Samp to three mid-table finishes in three successive campaigns. In the other jobs, barring Empoli where he completed the 15/16 season, Giampaolo was jettisoned months into his contract.

The jury is certainly still out on whether the ex-Milan boss is the right man for a side like Torino, and whether the club are making the right decisions that’ll benefit Aina’s growth as a player.

An interesting dive into the Nigeria international’s stats over the last two seasons suggest his raw numbers have declined somewhat since 18/19.

According to Fbref, the 23-year-old was second for progressive passes made in the Torino side in the just-concluded campaign. However, there was a decrease in volume (150 to 133 progressive passes) compared to last season despite making two fewer appearances on his season-long spell. 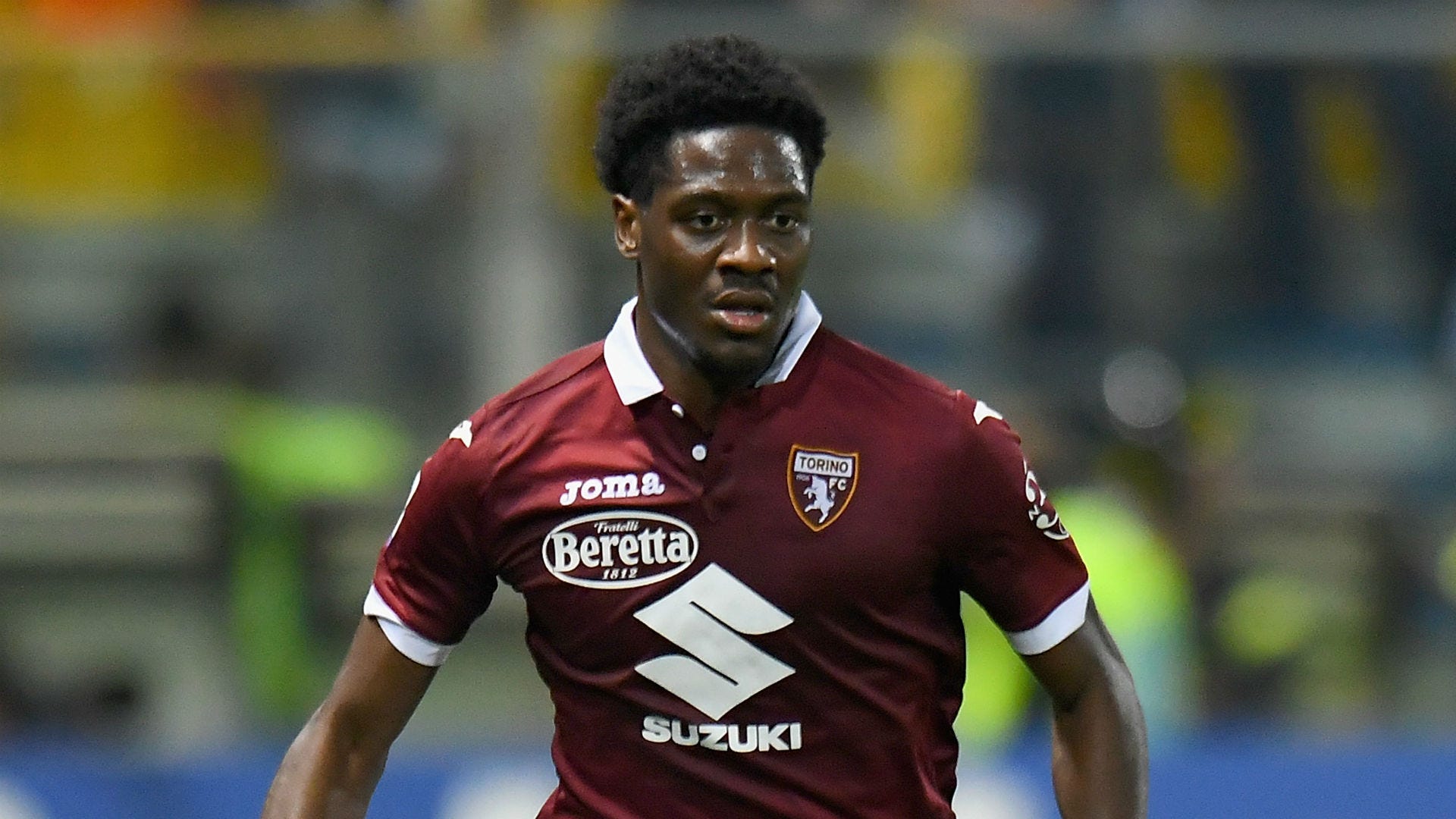 Given Mazzarri and, later, Longo utilised wing-backs, it was striking that Aina also played fewer passes and crosses into the penalty area this year unlike during his loan spell where he ranked in the top four for both metrics, alongside other widemen Lorenzo De Silvestri and Cristian Ansaldi.

With Giampaolo supposedly wedded to a 4-3-1-2 formation, it’ll be interesting to see how Aina adapts to the switch in approach and whether the much-maligned trainer turns out to be the right man to help the Super Eagles star’s development.

Torino couldn’t wait for the season to be over and have unsurprisingly moved to change their approach on the pitch.

The effect of Giampaolo’s expected changes and where the Turin side are in six-to-12 months will lead to an assessment of Aina’s time at the side, with observers evaluating whether the Nigerian made the right choice in hindsight or otherwise.