Pep Guardiola has backed Erling Haaland despite the Manchester City forward recording just eight touches during the club's Premier League win over Bournemouth on Saturday. City ran riot against the Cherries, winning 4-0 to make it two wins from two to start the season.

Haaland, though, was not among the scorers, and saw little of the ball as Bournemouth sat deep at the Etihad Stadium.

He did, however, provide the assist for Ilkay Gundogan's opening goal, and Guardiola leapt to his summer signing's defence post-match.

What did Guardiola say about Haaland?

The City boss told a press conference: “The most difficult job in the world is when you are in a striker and defenders defend in areas like Bournemouth; they have three central defenders and two players in front and everyone in the middle. How can you survive like that? It’s so difficult.

“We will find many of these situations, but it is a question of time: the right moment, the right tempo, the right movement. But the quality of players we have behind him, to assist him, we will find him. I have no doubt about that.”

What did Guardiola say about De Bruyne?

Haaland may have struggled on his home debut in the Premier League, but Kevin De Bruyne was at his devastating best as he chipped in with a goal and an assist for Phil Foden. 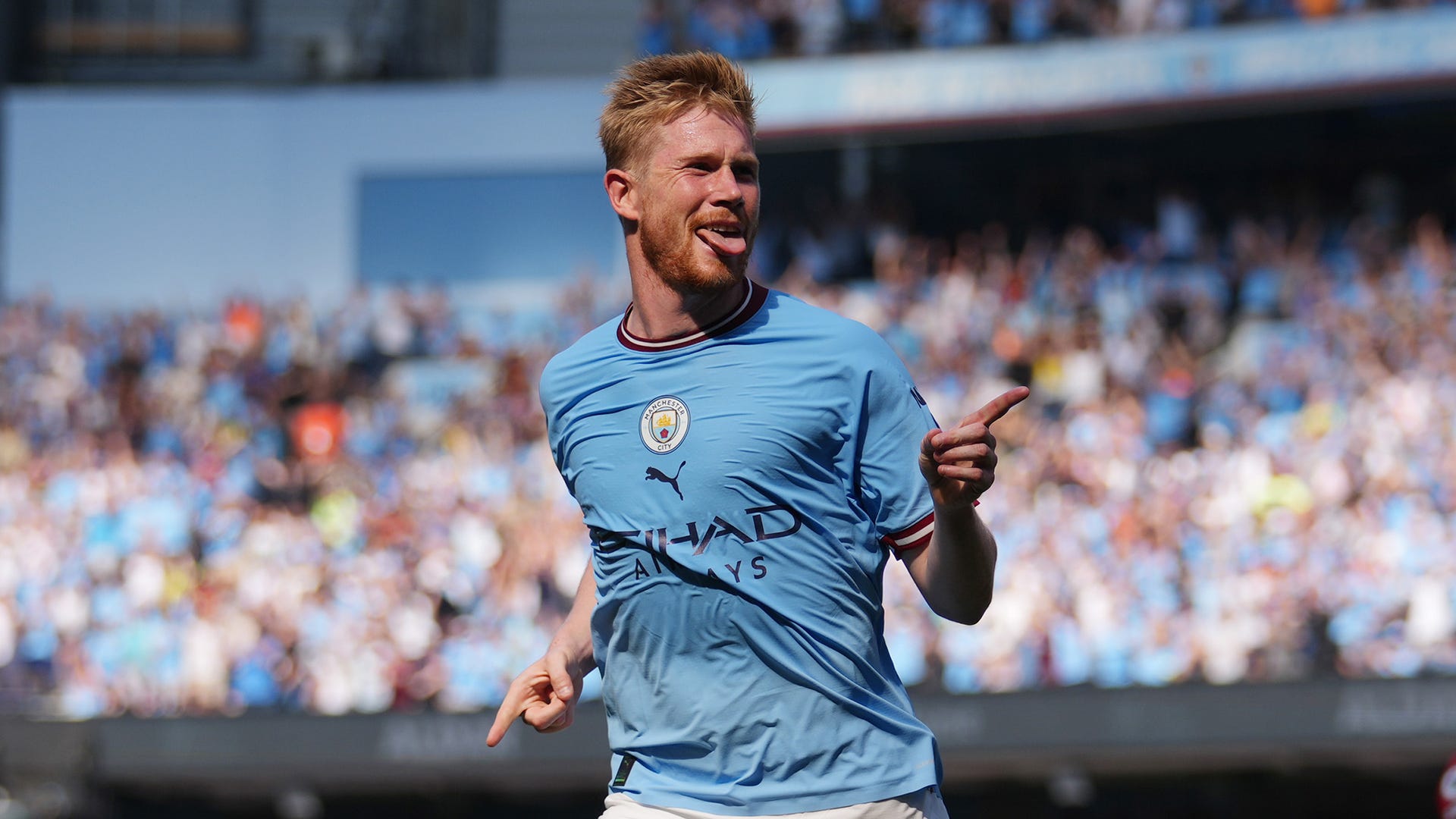 On De Bruyne's stunning performance, Guardiola said, “Kevin before last season was just assist and assist and now he is enjoying scoring goals. It is important for us [that] not just Julian [Alvarez] and Erling get the goals.

“When I was in Munich he played in Wolfsburg and I think he was the best player in the Bundesliga. Kevin was a really good player before our arrival, was good with us and will be after us.”