The veteran striker has revitalized his new team, both with his contributions on and off the field

There were plenty of doubts about D.C. United’s signing of Wayne Rooney in July.

At 32, Rooney wasn’t necessarily ancient but had more tread on the tires than most players his age, having been a regular at club level since age 17. Clearly not the force he once was, D.C. nevertheless gave Rooney a reported $13 million deal over two-and-a-half seasons, in addition to an undisclosed transfer fee paid to Everton.

One month after his debut, It’s fair to say that many of those doubts were erased with just one play.

On August 12, the striker sprinted half the length of the field to make a last-ditch challenge, then delivered a pinpoint ball to the back post that Luciano Acosta headed home for a last-minute winner against Orlando City.

There is no single play that better typifies everything that Rooney has brought to his new team: hard work, leadership, determination, and that extra bit of quality that DCU had been lacking for the first half of the season prior to his arrival.

Rooney’s impact on D.C. United can be easily measured in statistics. He has scored 12 goals and provided seven assists in 19 games with United, and helped the team engineer an incredible midseason turnaround.

United had just two wins in 14 games when Rooney arrived. In the subsequent 19 games the team has 12 wins, and clinched an unlikely playoff berth last weekend in the penultimate round of MLS fixtures.

But Rooney’s most important contributions to the DCU cause may be in categories that are less quantifiable.

Rooney has brought leadership, credibility and professionalism to the United locker room, where he has seamlessly integrated with his new teammates.

The veteran’s desire to fit in was apparent before he even stepped foot on the field for DCU. Rooney typically wears the number 10, but that shirt was occupied by the team’s playmaker Acosta. Rather than demand to wear his usual number, Rooney insisted on going in a different direction.

“[Rooney] said, ‘No, I don’t want it, I want to fit in. What’s the right number for me? You guys let me know,'” DCU owner Jason Levien said at Rooney’s introductory press conference. “It’s all been that way with him.” 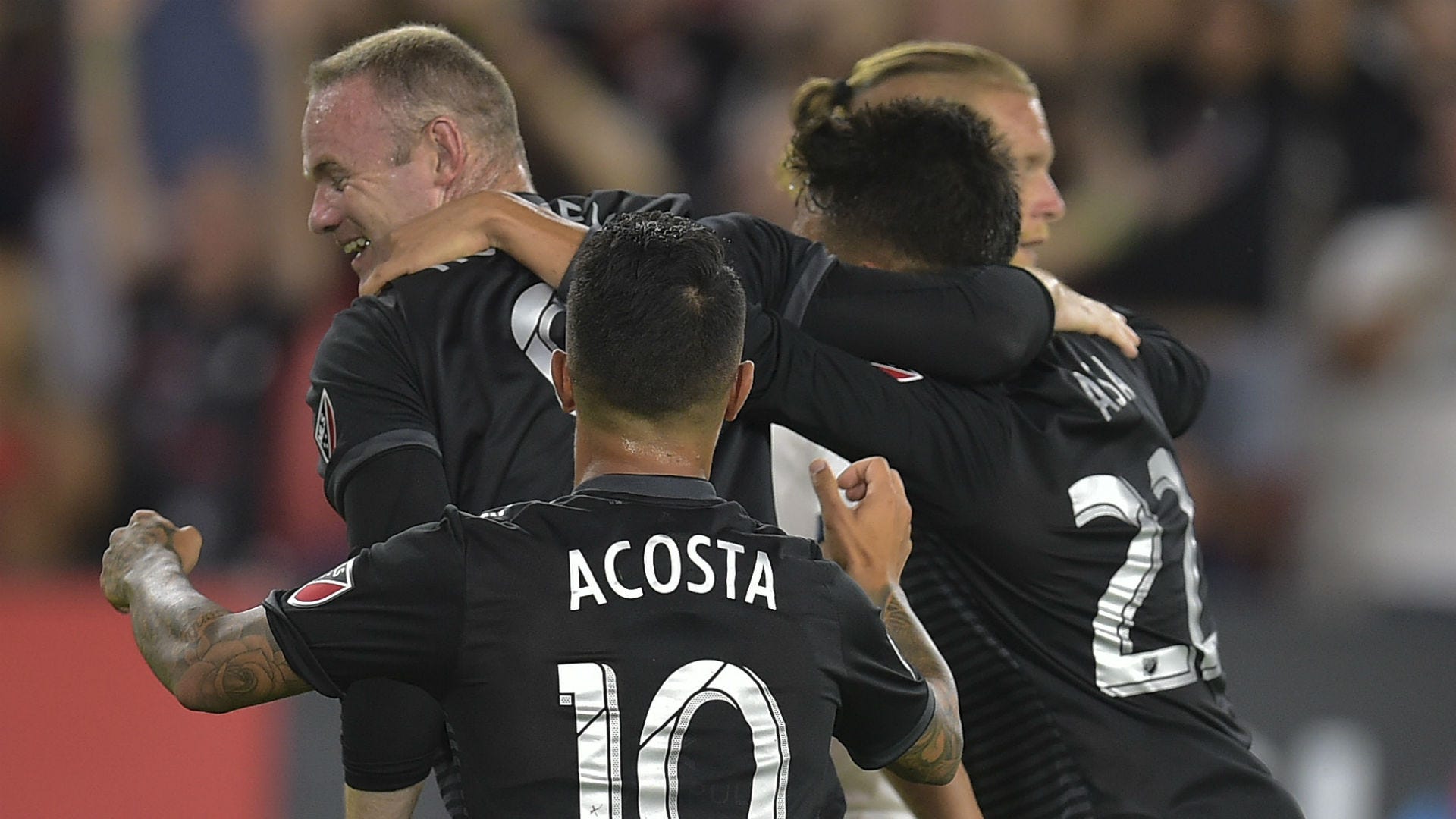 Rooney, who turned 33 on Wednesday, has done his best to blend in, but he also has not shied away from the leadership role that a player who is the all-time leading scorer for Manchester United and England would be expected to fill.

After just three matches with D.C. United, Rooney was named the team’s captain. He has embraced the role, oftentimes addressing the team in the locker room the way a manager would.

“I said in the dressing room after the game, tonight wasn’t good enough,” Rooney said last week following a win over Toronto FC.

“We’ve won the game, we’re pleased obviously with the three points, at this stage of the season it’s important, but we need to improve. We need to get better and keep building. We should be more confident.”

The team’s manager Ben Olsen has admitted that Rooney’s stature has allowed him to become a de-facto second head coach, especially on the pitch during games.

“Maybe my leadership wasn’t enough in a lot of ways, and we needed somebody, earlier, on the field who could take the reins,” Olsen said in a press conference.

Rooney’s effect on his teammates has been most apparent in the transformation of Acosta. The diminutive Argentine showed flashes in his first two seasons with United, but he has taken his game to new heights since Rooney’s arrival.

Boosted by his partnership with Rooney, Acosta has become an MVP candidate, providing 17 assists and scoring 10 goals, nine of which came after Rooney joined DCU. 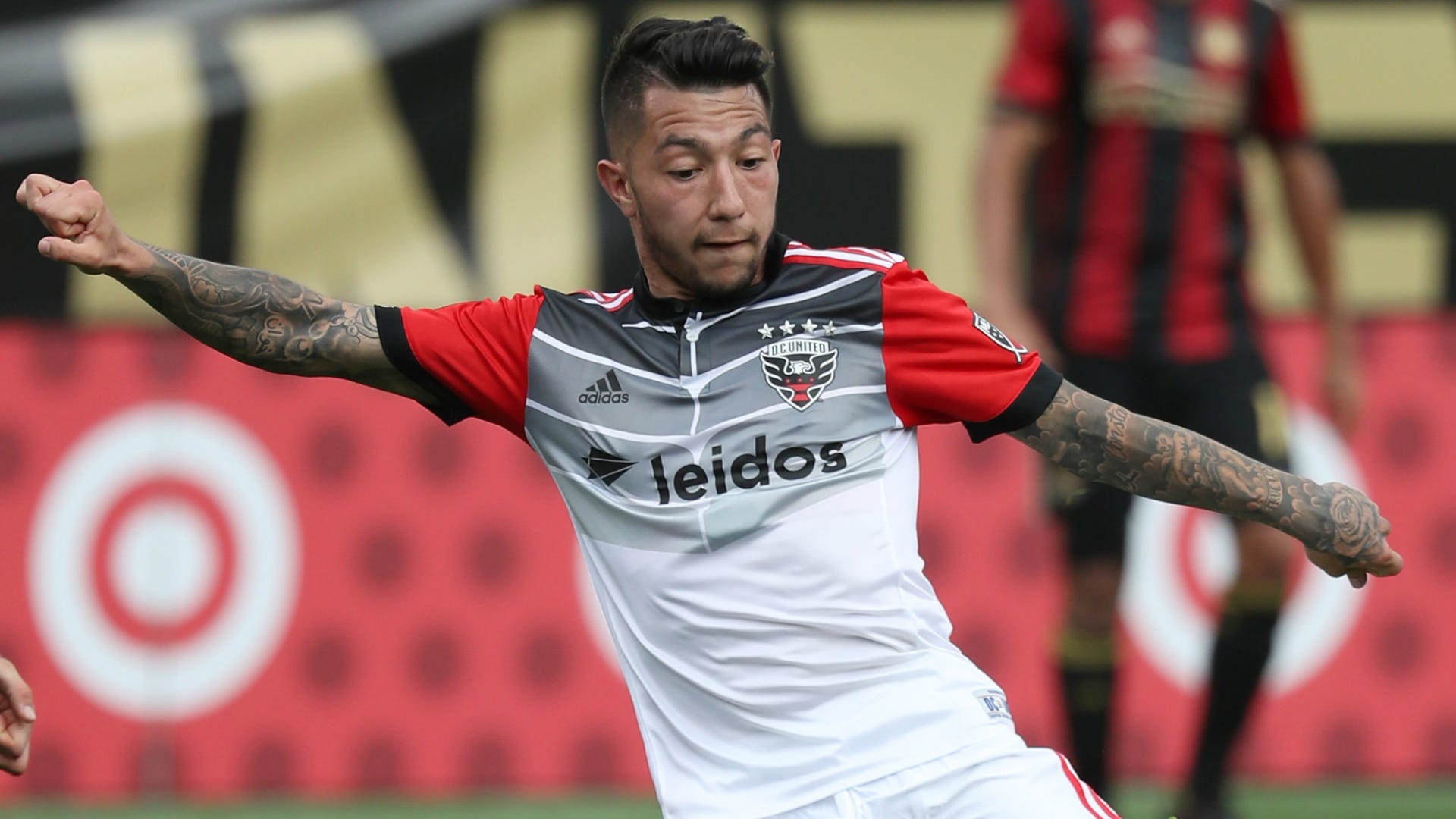 Acosta’s increased goal output since Rooney’s arrival is no coincidence. His nine goals since July equal his total output in his two and a half prior seasons combined, and he's been spurred on to be more aggressive by a player who knows a thing or two about scoring goals.

“Everyone can see the talent and the ability he’s got,” Rooney said of Acosta. “I’ve said to him a few times, ‘You should have shot’ [when] he hasn’t. When you get in that position, you have to be clinical and be hungry to score goals.

“I keep asking after games how many goals he has scored now, and I think he’s started to enjoy scoring.”

Boosted by Rooney and Acosta’s partnership, United will enter the playoffs as the proverbial “Team Nobody Wants to Face.” That is as much of a credit to Rooney’s on-field contributions as it is to the different dynamic his presence has brought off the pitch.

“This is what he loves to do is just play and win,” Olsen said.

“His habits on the field are so contagious to some of our young guys in how to go about the game and make the right play and dig in when you need to. On both sides of the ball his habits are great and nobody else can look at that and not follow his lead.”