Pep Guardiola knew how to get the very best out of a young Lionel Messi and on Tuesday, it had looked liked he had worked out how to stop an ageing one too.

But the Manchester City boss' worst fear was that Paris Saint-Germain’s new superstar would be capable of producing that one moment of genius when the sides met in the Champions League.

For 70 minutes at Parc des Princes, the former Barcelona superstar had ambled around in his first European appearance at home for his new club.

City passed the ball around him, chasing an equaliser after Idrissa Gueye’s eighth-minute strike, as Messi looked lost and out of sync with his team-mates.

Messi sparked into life with 15 minutes remaining, running with the ball for the first time in the game before exchanging passes with Kylian Mbappe and curling a sumptuous strike into the roof of the net.

It was a moment of brilliance, the standout act of an entertaining game. The 34-year-old’s first goal for his new club, but his 121st in the Champions League and 27th in 35 appearances against English teams - 15 more than any other player.

And it underlined why Guardiola has, at various times, described him as a genius and the greatest player of all time.

MESSI AND MBAPPE COMBINE FOR A BEAUTIFUL GOAL!

It was a matter of time before they clicked, and it was worth the wait 🔥#UCL pic.twitter.com/5scpcQw1ty

Together, Guardiola and Messi won 14 trophies in four seasons at Camp Nou, including two Champions League - something that has eluded Guardiola ever since. Indeed it’s been a common attack that the Catalan coach cannot win the competition without him.

Messi’s hope of winning the trophy for a fifth time had looked over at Barcelona, with the Spanish giants embarrassed in defeats to PSG, Bayern Munich, Liverpool and Roma in recent seasons.

A move to the French capital should spark another shot at European glory, playing in a daunting attacking trio alongside Mbappe and Neymar and at a club where Champions League is their whole raison d’être.

His commitment certainly seems to be there - putting himself on the line deep in injury time by lying on the floor behind a wall from a Riyad Mahrez free-kick.

The frustration from City’s point of view was they could not stop Messi from escaping after largely shackling the much-talked about trio and playing largely on the front foot. 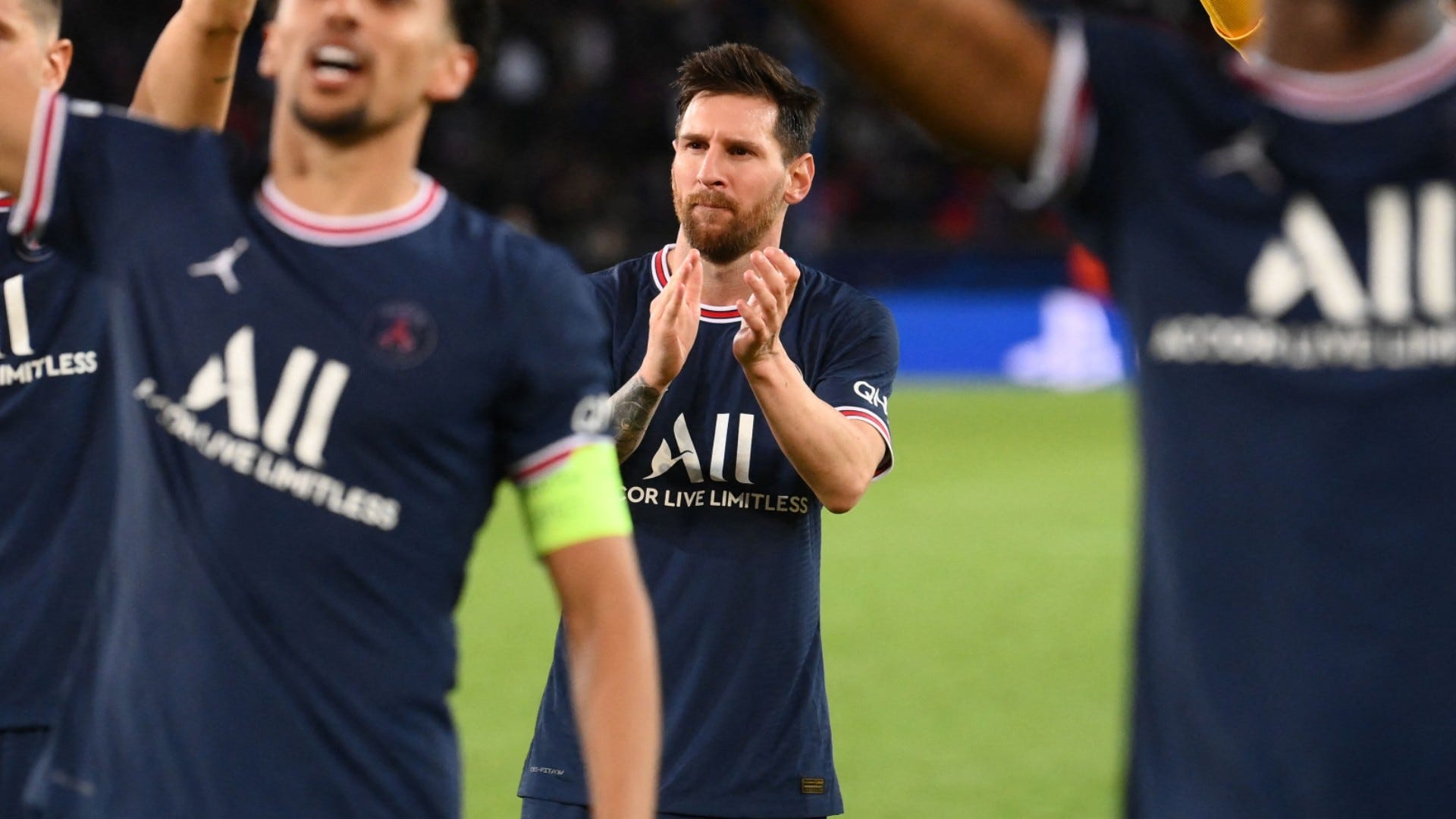 City’s consolation is that they should still get out of Group A, although they have slipped to third with an important double-header against second-placed Club Brugge to come next.

This, after all, was City’s first defeat at the group stage in three years - and the first away from home in four.

And in a huge week that includes other trips to Chelsea and Liverpool in the Premier League, this was probably the fixture that they could sacrifice.

But it could have been so much better after blowing chances to pile the pressure on Mauricio Pochettino’s side.

They had their chances, not least when they hit crossbar twice in as many seconds. First, Raheem Sterling’s header was brilliantly tipped onto the underside of the bar by Gianlugi Donnarumma, only for Bernardo Silva to inexplicably fluff the follow-up.

But a moment of Messi magic crushed any hope of grabbing a point, and it is PSG that will leave the Parc des Princes believing they have found the missing piece to end their wait for Champions League success.