African All Stars
Taiye Taiwo
16:43 19/03/2018
facebook twitter copy
Comments (0)
Getty Images
The Egypt international has been a thorn in oppositions' defences with his amazing pace and goalscoring skill this campaign

The 25-year-old has been in sensational goalscoring form for Jurgen Klopp's side since he arrived from Roma last summer, notching 36 goals across all competitions. 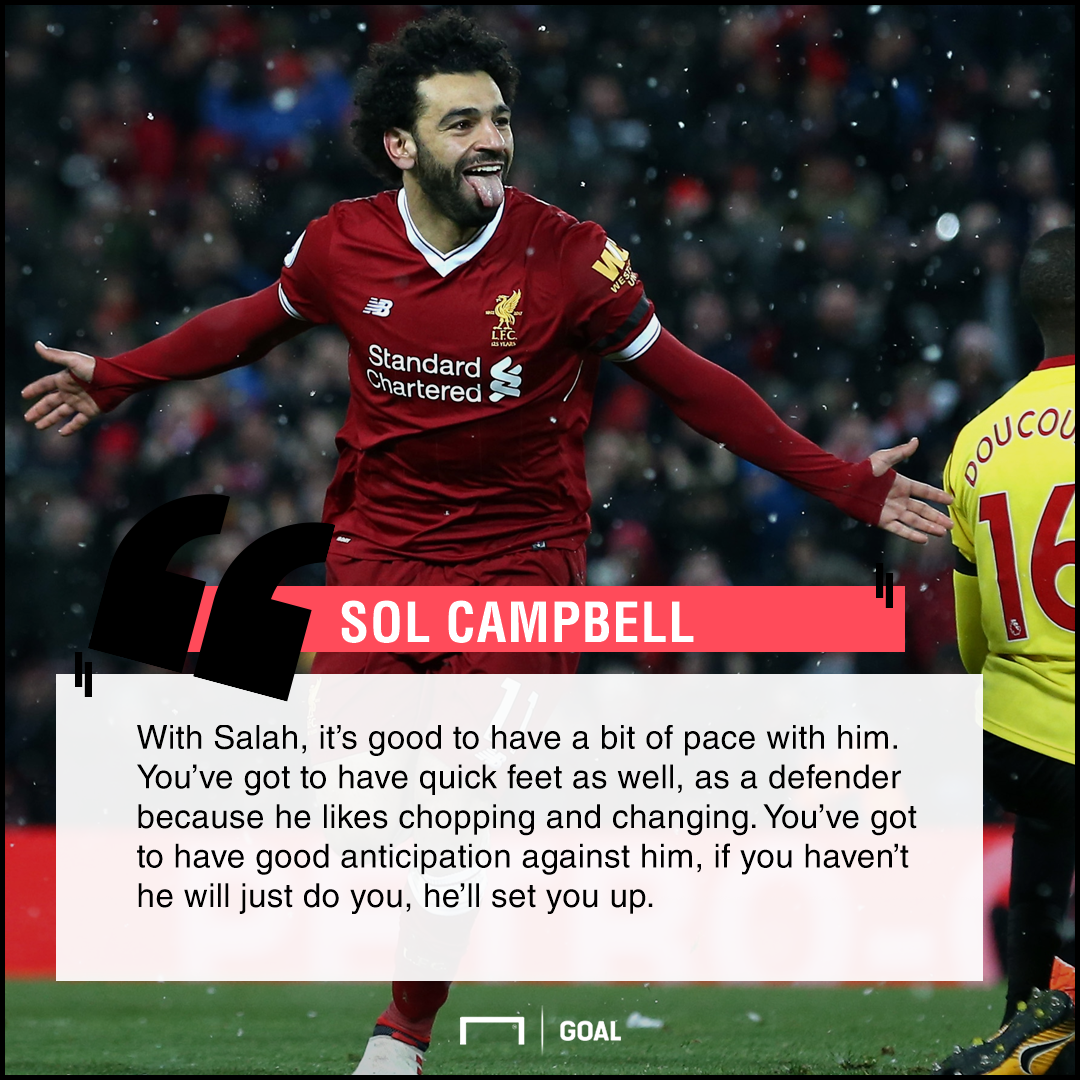 Following his four-goal heroics in the Reds' 5-1 demolition of Watford on Saturday, the former England international has given some defensive tips to use against the current EPL top scorer.

“With Salah it’s good to have a bit of pace with him, you’ve got to have quick feet as well as a defender because he likes chopping and changing,” Campbell told SkySports.

"You’ve got to have good anticipation against him, if you haven’t he will just do you, he’ll set you up.

“Also I think you’ve got to go out to him quicker, don’t let him build up a pace to turn you inside out at that pace.

“If you get out to him quick enough, you can kind of slow him down a bit before he comes to you in the box. Once he’s in the box, he’s the master.”

Salah will be hoping to replicate his impressive form when Egypt take on Portugal in an international friendly on Friday.

'Salah is unstoppable like Messi' Klopp: Salah ran like he was at the Olympics Salah lifts us like Suarez did - Henderson Golden Shoe 17-18: Europe's top scorers
Close