Dejan Lovren has poked fun at his former Liverpool team-mate Mohamed Salah on social media, with the Egyptian superstar told that an image of him sporting a chiselled six-pack is “Photoshop 100%”.

Salah has been taking a well-earned break during a rare summer of no competitive action, with the highlight of his pre-season being the penning of a new contract.

However, before the hard work gets underway again in 2022-23, Salah has been getting grief from close friends when it comes to some of the holiday snaps he has been sharing.

This is the image in question, with Salah emerging from the sea as he rests up ahead of a return to pre-season training.

What has been said of the image?

Lovren, who struck up a bond with Salah following the latter’s arrival at Anfield in the summer of 2017, has suggested his former team-mate has doctored a shirtless snap with some clever filters.

Ex-Chelsea captain John Terry, who briefly played alongside an Egypt international at Stamford Bridge, is prepared to give the 30-year-old forward the benefit of the doubt though and can understand why a three-time winner of the Premier League Golden Boot is so eager to show off his figure. 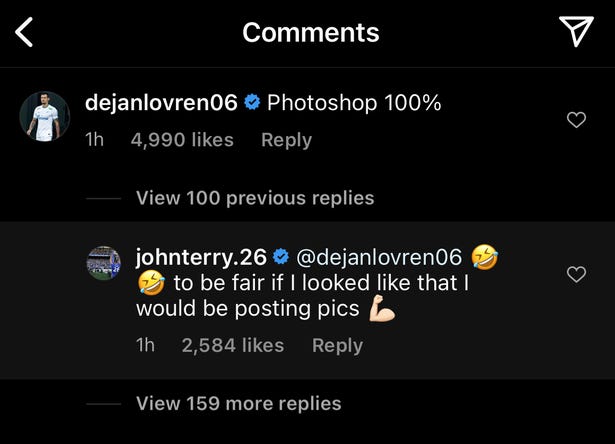